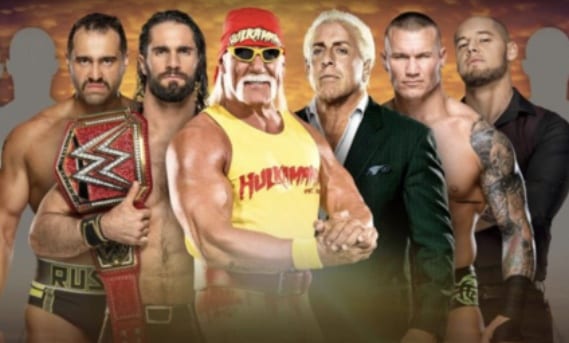 As seen on Sky Bet, the betting odds for Team Hogan vs Team Flair at WWE Crown Jewel have been released.

When this match was first announced there was certainly a mixed reaction from the WWE Universe. Some fans thought it was a unique idea to pit two legends against one another in a 5v5 team format, whereas others moaned and groaned at the thought of the Saudi Arabia shows getting all of the shine yet again.

Either way, though, it’s shaping up to be a star-studded math that could have some interesting ramifications in the aftermath of the show. Then again, it could be nothing more than a one and done spectacle.

In terms of the odds, the Hulkster will be pleased to hear that his team is the 1/3 favourite to take home the win in this encounter. Flair, on the other hand, is an outside 9/4 underdog.

We still need to wait and see what the teams are going to look like for this blockbuster match, but at this moment in time, we’d imagine a few surprise names will appear in order to increase the hype surrounding the event.

In truth it does feel like a bit of a slap in the face to WWE fans who, in around a month, will be taking in the Survivor Series event – which traditionally features matches such as this.

Either way, though, it isn’t going to matter, because when it comes to Vince McMahon money talks and that’s always been the case.