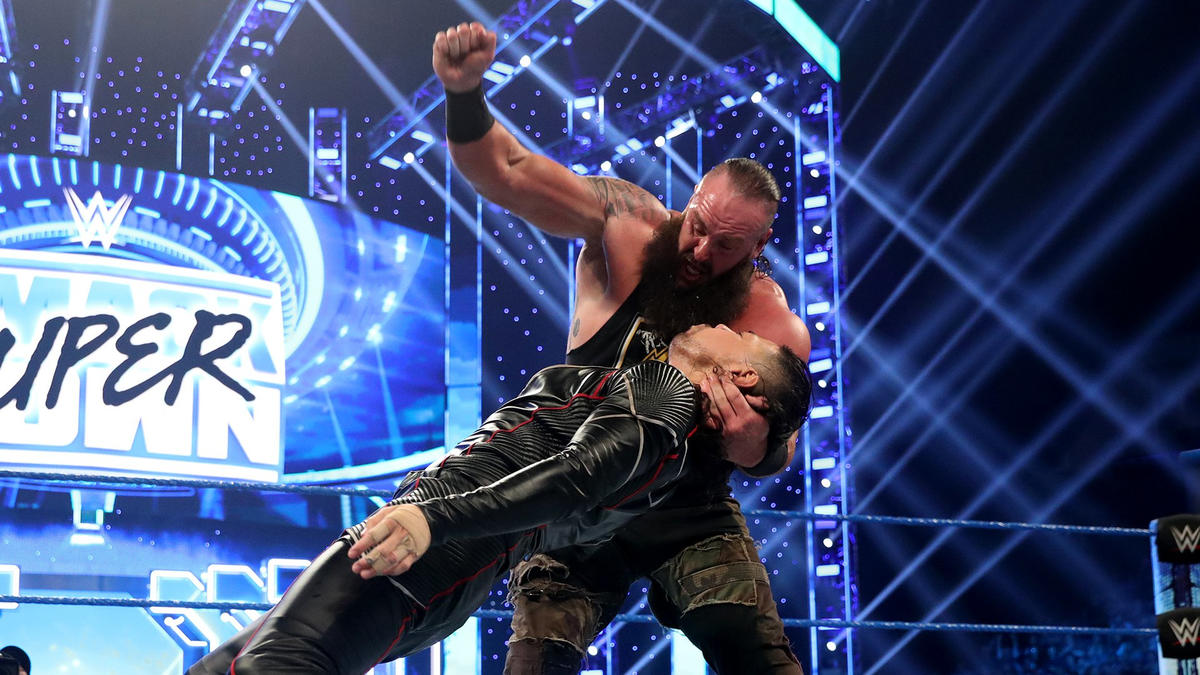 Braun Strowman finally had his one-on-one opportunity to capture the Intercontinental Title from Shinsuke Nakamura here on Super SmackDown… and he didn’t seem keen on wasting it.

Forced to also deal with Sami Zayn and Cesaro at ringside, Strowman fought valiantly to overcome the odds in attempts to capture the first singles championship of his WWE career. The Great Liberator and Swiss Cyborg interfered on a nearly constant basis, setting up The King of Strong Style to attempt to smash Strowman’s head into an exposed turnbuckle, but The Monster Among Men was ready. He blocked the attempt and turned the tides by doing the same to Nakamura before finishing him off with the Running Powerslam to capture the Intercontinental Title!

Zayn attempted to make sense of the defeat during a backstage interview, but he was interrupted by the soothing tones of an Elias performance in the ring. The Great Liberator sent Cesaro out to attempt to silence Elias, but Cesaro found no such luck, with Elias vanquishing the ring of The Swiss Cyborg and any trace of Zayn’s hyperbole.