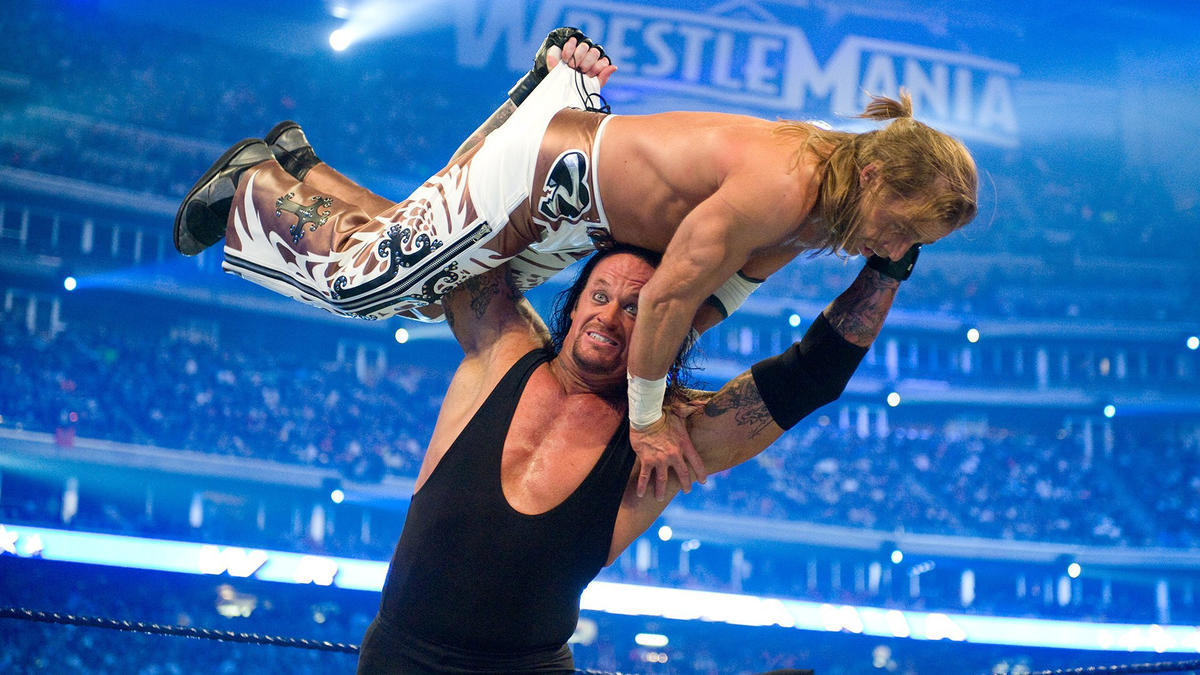 John Cena, Triple H, The Undertaker and Shawn Michaels have competed in some of the greatest matches in WrestleMania history, and you can relive them tonight with a full slate of WWE programming on FS1!