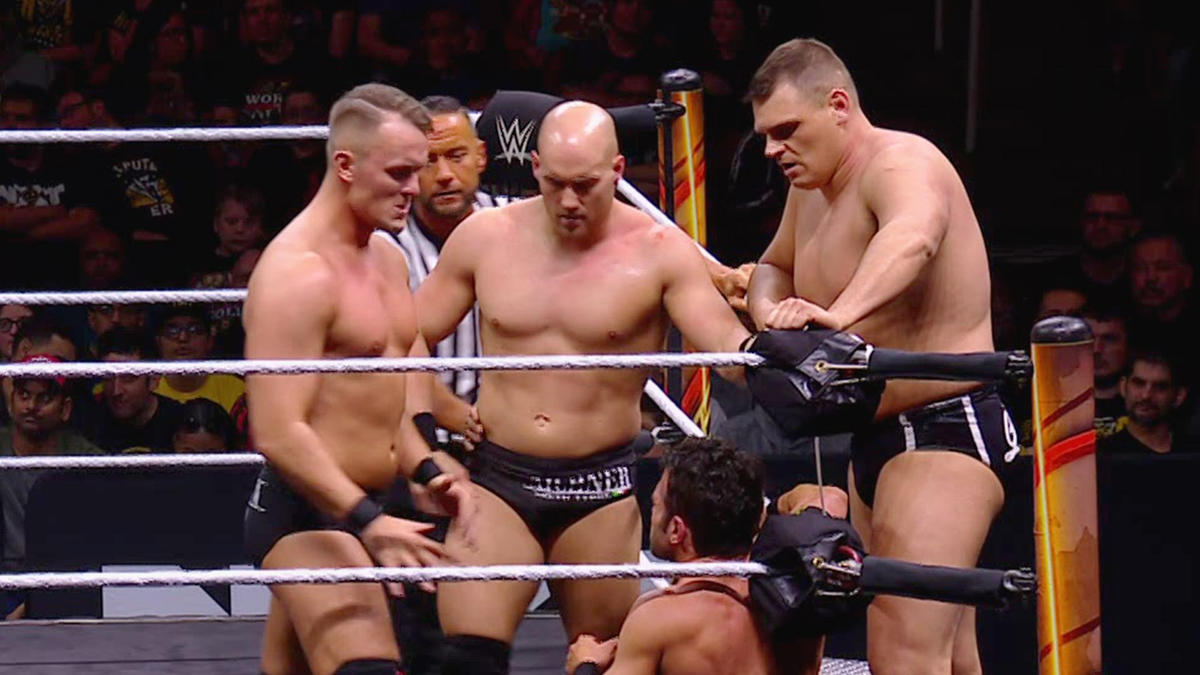 If you didn’t know Imperium, or were only familiar with them from their sporadic appearances on Raw, SmackDown and NXT, consider yourself educated. The elite, European squad led by NXT UK Champion WALTER managed to outwit, outlast and outwrestle The Undisputed ERA, despite a ruthless maneuver that left Imperium down a man at the start of the match.

Alexander Wolfe was the downed Superstar, taken out by a brutal double-team from Undisputed ERA just minutes into the contest. But despite the nominal advantage, NXT’s resident gold-plated faction seemed to be underdogs the entire time. Imperium employed the same pitch-perfect teamwork UE has made their calling card — theirs was just a degree more savage and it only increased as time went on. Cannily, Undisputed ERA took out the biggest dog in the yard when Roderick Strong — who’d gone chop-for-chop with WALTER seconds before — hoisted the massive Austrian onto his shoulders and dropped him through the commentary table with an Olympic Slam.

That left Fabian Aichner & Marcel Barthel to stand alone, and NXT Champion Adam Cole, who’d been seeing ghosts all night, stepped in to finish the job. But the inevitable return of Der Ring General turned the tide in Imperium’s favor: WALTER dished out blistering chops to anything that moved and, following a high-risk maneuver by Aichner that took out everyone at ringside, sealed the bout with a thundering, stacked-up powerbomb to Bobby Fish. In terms of a statement, it’s difficult to top that. What started as an evening of friendly, if heated, competition ended up a brutal statement on behalf of one group who walked in the door and remade the night — and the sport — in their image.