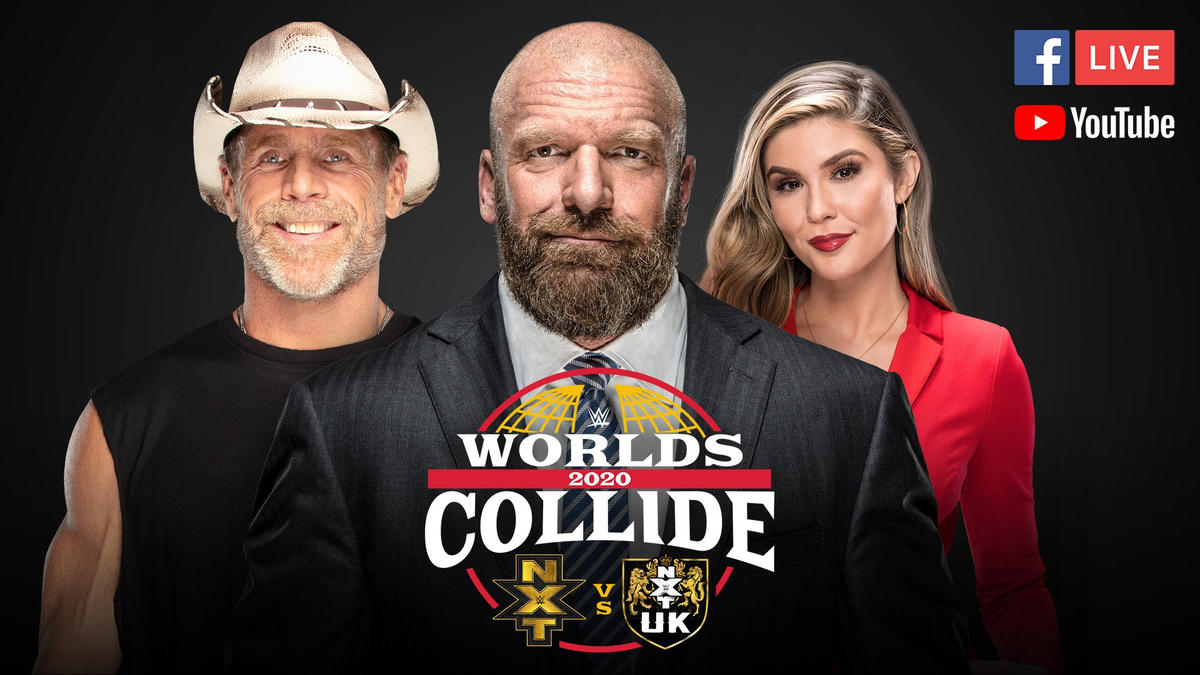 The WWE Universe can head to Triple H’s Facebook page after WWE Worlds Collide tonight on WWE Network to see Cathy Kelley’s exclusive interview with the WWE COO, as well as with WWE Hall of Famer and NXT Trainer Shawn Michaels.

The live Q&A will be available to view at Facebook.com/TripleH and on the WWE YouTube channel.

The Game and The Heartbreak Kid figure to have plenty to say after Worlds Collide, which will feature warfare between NXT and NXT UK including The Undisputed ERA’s Eight-Man Tag Team showdown with Imperium, Rhea Ripley defending the NXT Championship against Toni Storm, Finn Bálor squaring off with Ilja Dragunov and much more.

Be sure to like Triple H’s official Facebook page to make sure you don’t miss a second!