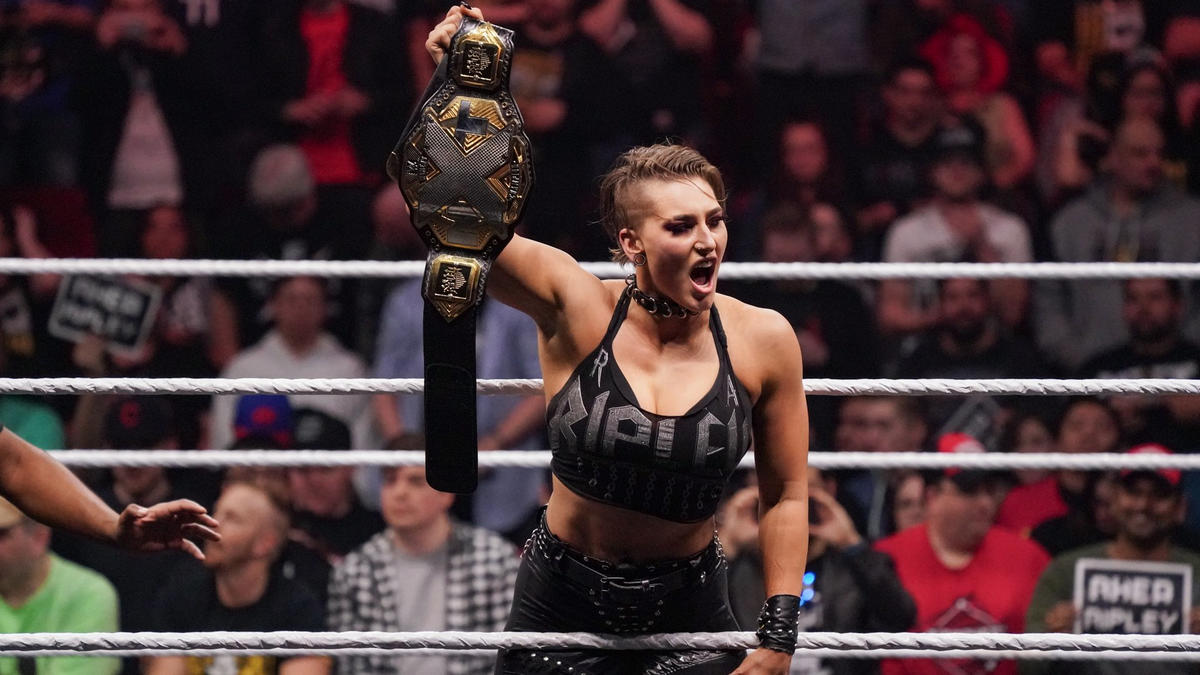 Watching a Superstar come into their own in real time is a rare, thrilling experience. Every little thing seems to go right, every opponent falls down the stretch and every late-breaking adjustment seems to be impeccably timed, thought out and executed. It’s a state of near-invincibility, and Rhea Ripley is in it, adding to her streak by retaining the NXT Championship against NXT UK’s Toni Storm at Worlds Collide.

For Ripley’s momentum, this was no given. It isn’t an exaggeration to say that Storm has had the champ’s number in the past, and emphatically had it during an aggressive opening stint at Worlds Collide. But it’s quickly becoming clear that this version of Ripley is simply a different beast from the one who lost the NXT UK Championship to Storm last year; The Nightmare refused to stay down, and crucially dodged a top-rope splash that was Storm’s go-big-or-go-home move in the deciding moments.

Ripley pounced with the Riptide seconds later for the win, and as close as the match was, it says quite a bit that the result somehow never seemed to be in doubt. Storm’s a champion in every sense of the word, but Ripley simply cannot lose at this moment, and it’s incumbent on Superstars like Storm, and in a few weeks, Bianca Belair, to rise to her level. Thus far, that’s proving easier said than done.