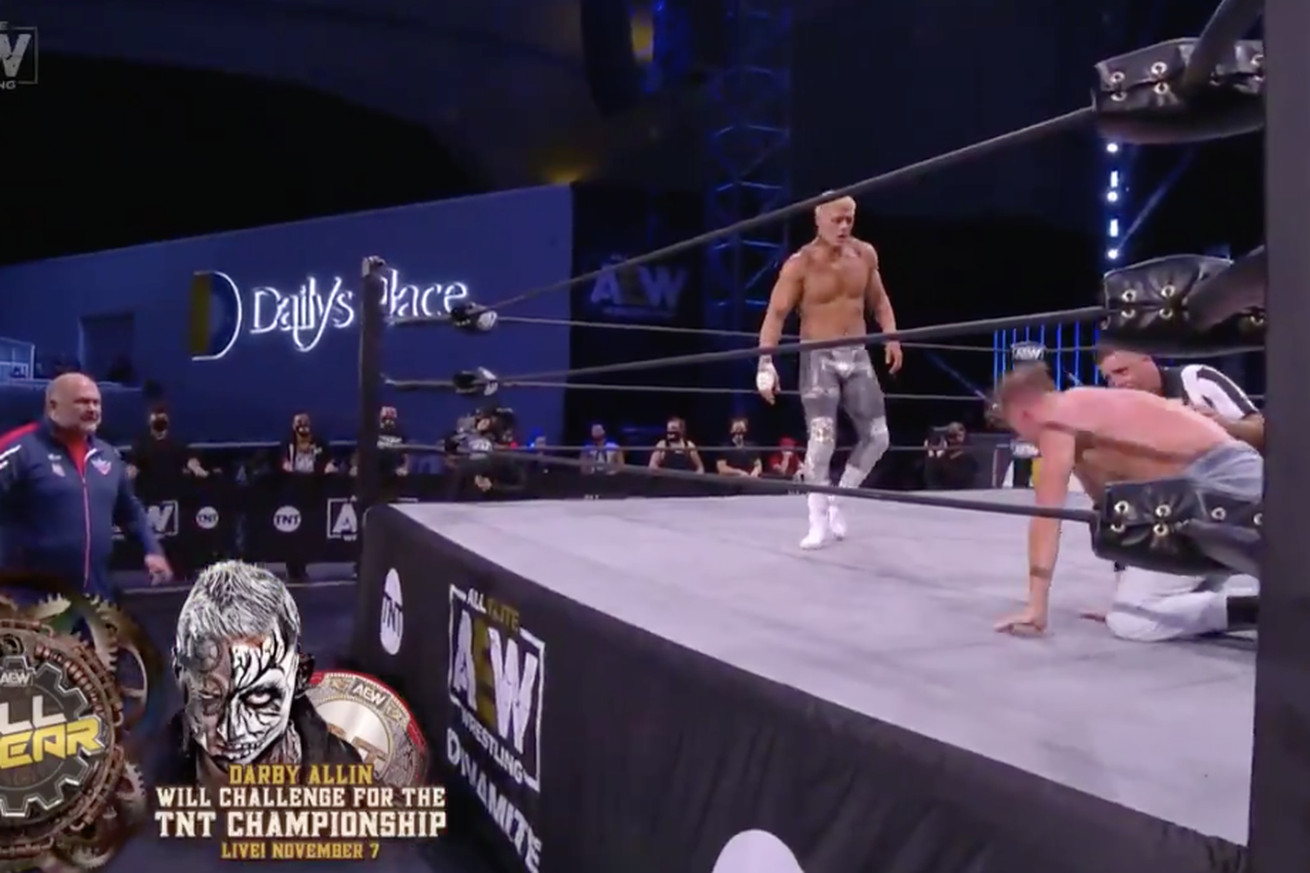 Tonight, he fought Orange Cassidy to a 20 minute time limit draw with the belt on the line. Cassidy had Rhodes’ shoulders on the mat, but the clock ran out before the referee counted three.

The champ and his strap get a week off next Wednesday, but then business picks back up from there to Full Gear on Sat., Nov. 7.

It’s [email protected] will challenge for the TNT Championship at Full Gear LIVE on Nov 7th.
Watch #AEWDynamite NOW on @TNTDrama or https://t.co/GdI7QAsxEP for our International fans. #AEWonTNT @AEWonTNT pic.twitter.com/JNHjzqwX4m

It’s at that PPV where Cody will defend against Darby Allin. Allin watched tonight’s battle with O.C., and the announce crew announced he’ll be challenging for the championship at Full Gear. This will be the fourth match between Darby & Rhodes; the American Nightmare is 2 – 0 – 1 against Allin, with his last win coming in the semis of the tournament to crown the first TNT champ.

Well, we should say it could be the fourth match in their rivalry. That’s because Cassidy gets a rematch on Oct. 28. So it would be more accurate to say that Darby faces whoever is TNT champ at Full Gear.

With the month that belt is having, we shouldn’t take anything for granted.