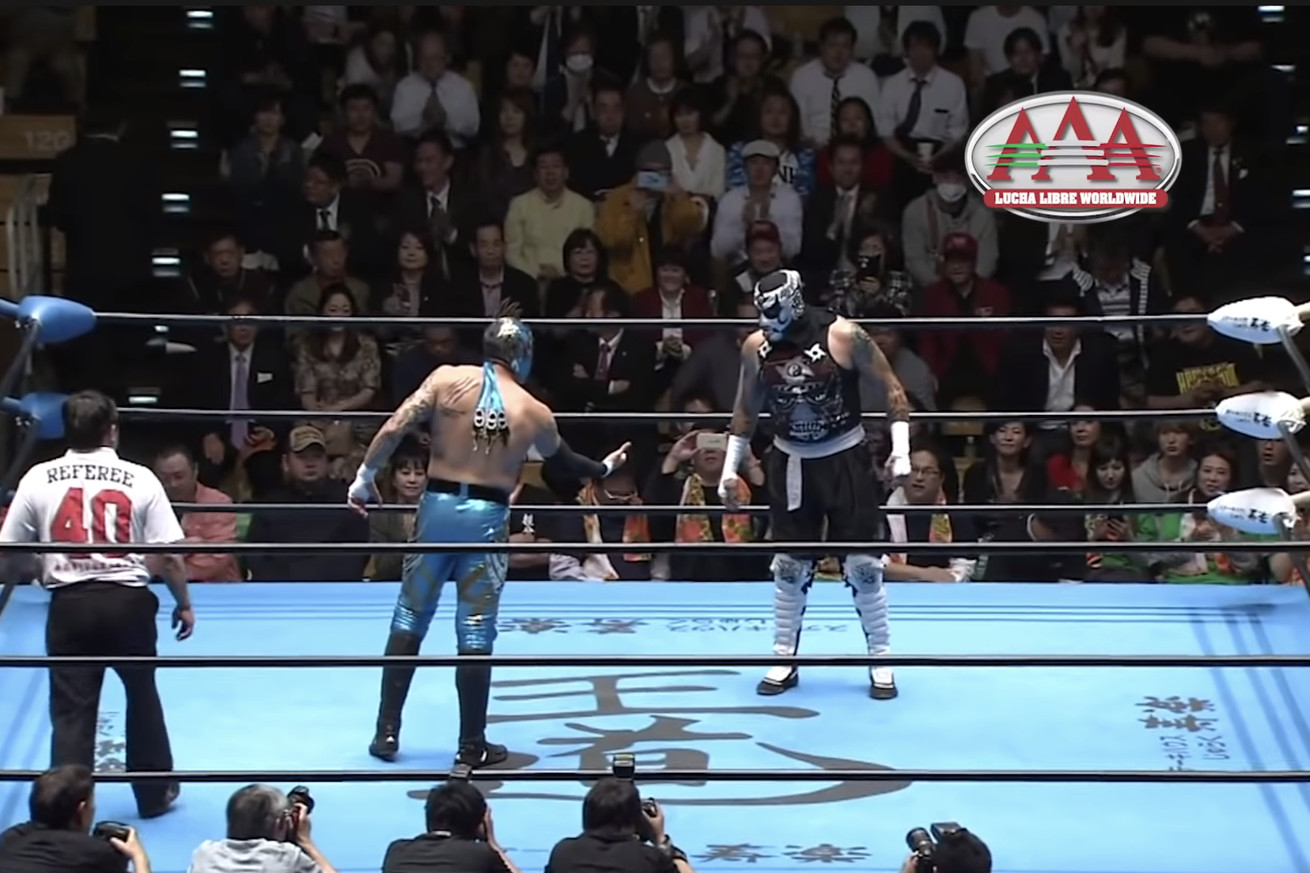 Welcome to the AAA Roundup. Let’s catch up on feuds while waiting for an official comeback announcement for live events. CIMA called out Fenix who called out Daga, and the Stronghearts have beef with Niño Hamburguesa and Big Mami. Also on the menu are two throwback matches as Taya went crazy in a street fight against Ayako Hamada and the Lucha Bros wrestled each other in Japan.

Good news, bad news for AAA. Bad news is that there is still no official announcement in regard to a return to the ring. Rumors say that AAA hopes to be back in action for October. The key word is hope. CMLL opened up shop this month and will hold their 87th Anniversary night of champions on Friday, September 25. Since CMLL is operational with very limited crowds, I would theorize that AAA is holding back for the green light given to house larger audiences. The live gate money is very important to keep the wheels turning for AAA and CMLL.

Good news is that AAA has been releasing promos to reignite feuds. That must mean they have a plan in place with hope to return soon.

Fenix only opens his mouth to say, “Blah, blah, blah.” CIMA left him in pieces for his debut in Japan. CIMA is an international luchador and knows Fenix’s fighting style. CIMA will soon be in Mexico to shut Fenix’s mouth.

Fenix replied that he will wrestle CIMA the first chance he gets. He also acknowledged Daga getting uppity. Fenix will shut both their mouths. Animo!

As Latin American champion, Daga shot back that he decides when they fight. Daga has the belt to call the shots.

The beef between Fenix and Daga has been brewing since Daga has been critical of Fenix losing the MegaCampeonato. Daga had a message for Fenix.

Daga: I was thinking. I was thinking seriously. It is time to finally answer all the gossip. To be very clear about the weak mentality you have. You lost the MegaChampionship. That is gone (with Kenny Omega). That’s why you are looking for a new championship. You and I are very different, because you need the fan’s approval to feel good about yourself. I am a true champion, because I do what I have to do to win. Our fight won’t be when you say. Things will be my way, because I am the boss.

CIMA isn’t the only member of the Strong Hearts to makes waves this week. T-Hawk and El Lindaman threatened Niño Hamburguesa and Big Mami. The Strong Hearts had a surprise appearance back in January to make a statement by beating up the mixed tag duo.

They haven’t forgotten about Niño and Mami. They are always training because they are athletes. Niño and Mami eat tacos and hamburgers. That’s why they are fat. The Strong Hearts will see them soon.

Rey Escorpion has a reminder that Los Mercenarios will be coming for the Trios championships from Hijo del Vikingo, Myzteziz Jr., and Octagon Jr.

Rey Escorpion: Jinetes del Aire, I think you didn’t understand. You each have courage. After the beatings we have given you, the last one was in Cancun accepting a challenge for the Trios championships against Los Mercenarios. When there is a date, the championships will belong to the best, the most (bleep) of the company, Los Mercenarios.

These final two promos are from before the pandemic, but AAA posted them again. That leads me to believe the direction is still as planned. Mamba addressed the other four exoticos, Pimpinela Escarlata, Maximo, Dulce Canela, and Cassandro.

Pimpinela and Cassandro have little time left in lucha libre before retirement. Maximo doesn’t matter. Dulce Canela will pay the consequences of interfering again. Mamba is the new queen.

Keyra has her eyes on taking the Reina de Reinas Championship from Taya.

Taya: Whoa, whoa, whoa. No. The champion is me.

Keyra: Your days as champ are numbered. Enjoy what is mine. Goodbye.

To recap, potential feuds upon AAA’s return are CIMA vs Fenix, Daga vs Fenix, Strong Hearts vs Niño Hamburguesa & Big Mami, Los Mercenarios vs Jinetes del Aire, Mamba vs exoticos, and Taya vs Keyra. Which ones are you eager to see?

While waiting for AAA’s return, let’s enjoy two throwback matches. Taya went to war with Ayako Hamada in a street fight and Fenix had a duel with Pentagon in Japan.

From 2017, Taya and Hamada competed for the Reina de Reinas Championship in a street fight. It was aggressive, physical, bloody, and badass. Bonus knowledge, even in lucha libre, they wear jeans for street fights.

In 2016, the Lucha Bros fought brother vs brother at Korakuen Hall in Tokyo. It’s funny seeing Pentagon’s Cero Miedo get no reaction from the quiet crowd, as is their custom. The fans quickly popped once they saw the skills on display. The match began with numerous submission exchanges then exploded into into high-flying madness. It is a good match with the best part being them successfully work the crowd.