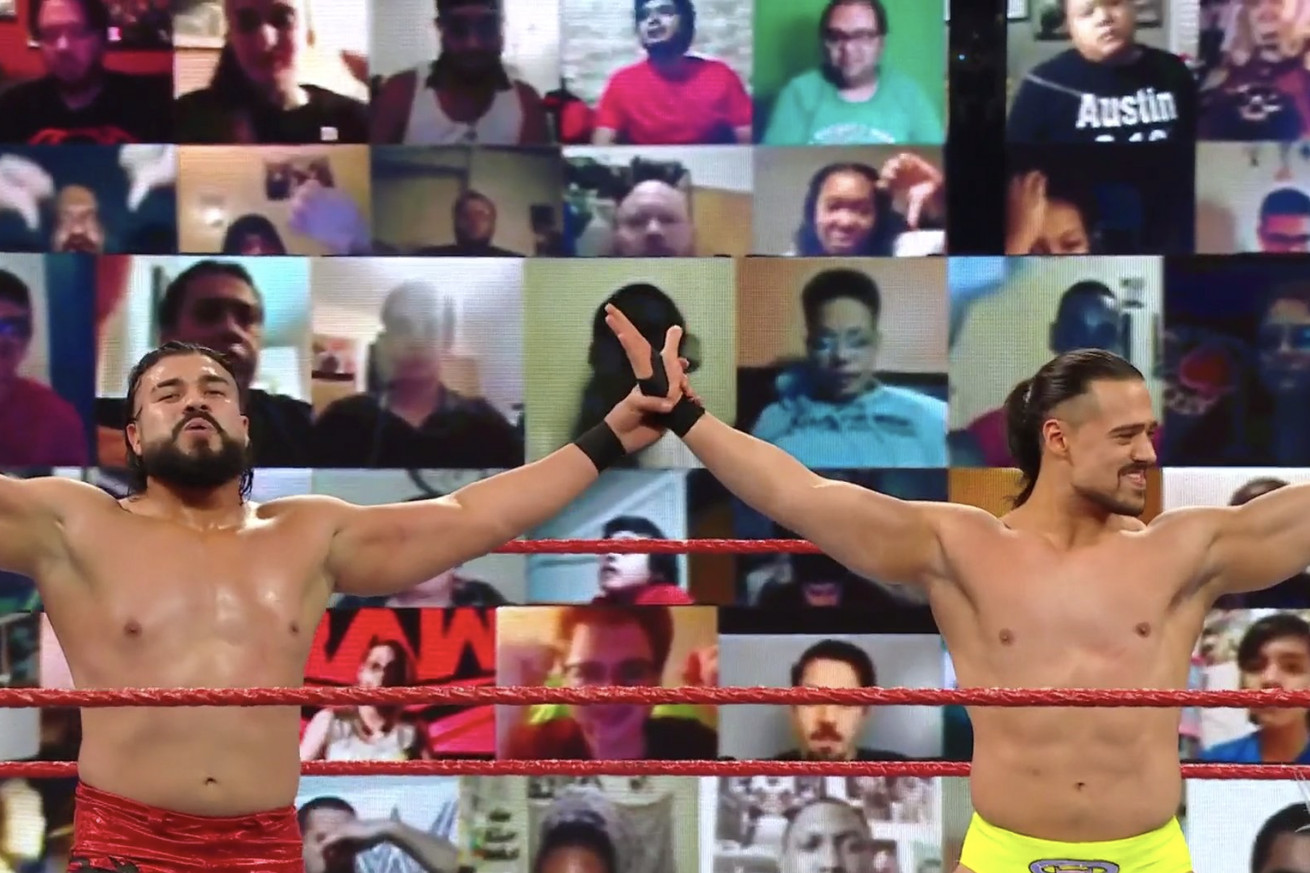 With less than a week until the Clash of Champions pay-per-view (PPV) on Sun., Sept. 27, 2020, at the Amway Center in Orlando, Florida, WWE had to scramble to figure out who The Street Profits would defend the Raw tag team titles against at the show. After all, every title must be defended, even if they haven’t had any actual contenders built up for them.

Naturally, Carrillo and Mysterio did a flashy thing or two but were never a threat and Rollins just straight up walked out on the match, leaving Murphy to get overwhelmed by Andrade and Garza en route to their winning the match and earning the title shot.