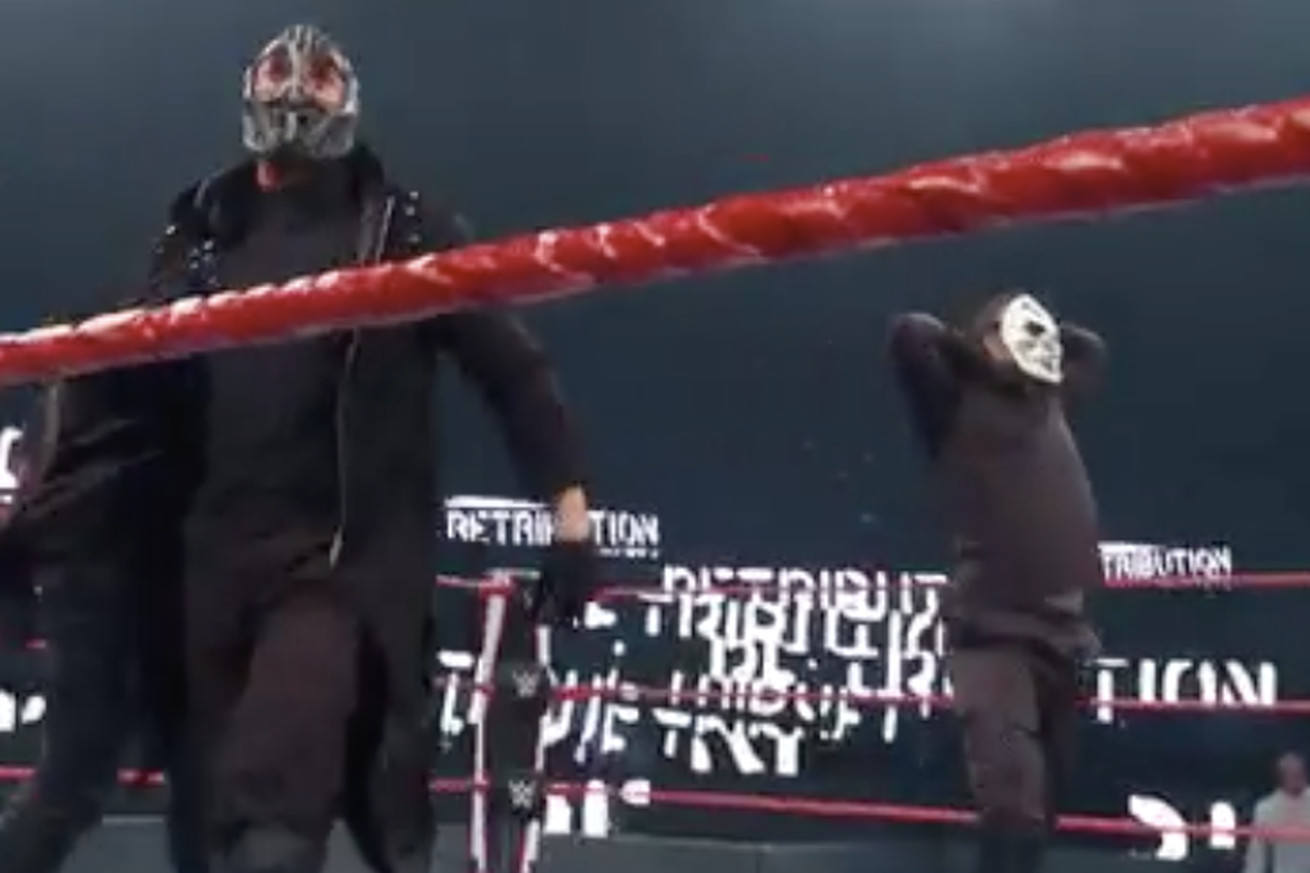 Considering how incredible this RETRIBUTION story has been so far, including WWE responding to the group terrorizing its television show by giving them contracts, you won’t be surprised to learn it only got better when they revealed the names of three of the five core members:

SLAPJACK. T-BAR. MACE. #RETRIBUTION is in action for the first time ever against The #HurtBusiness NEXT on #WWERaw! pic.twitter.com/a4a6GnNUK5

We don’t yet know the names of the two women, and I can only imagine what they’ll come up with for those two. Chainsaw and Revolver?

These are the fresh new stars on WWE Monday Night Raw, folks. Get used to it, because they’re going to be here for a while.