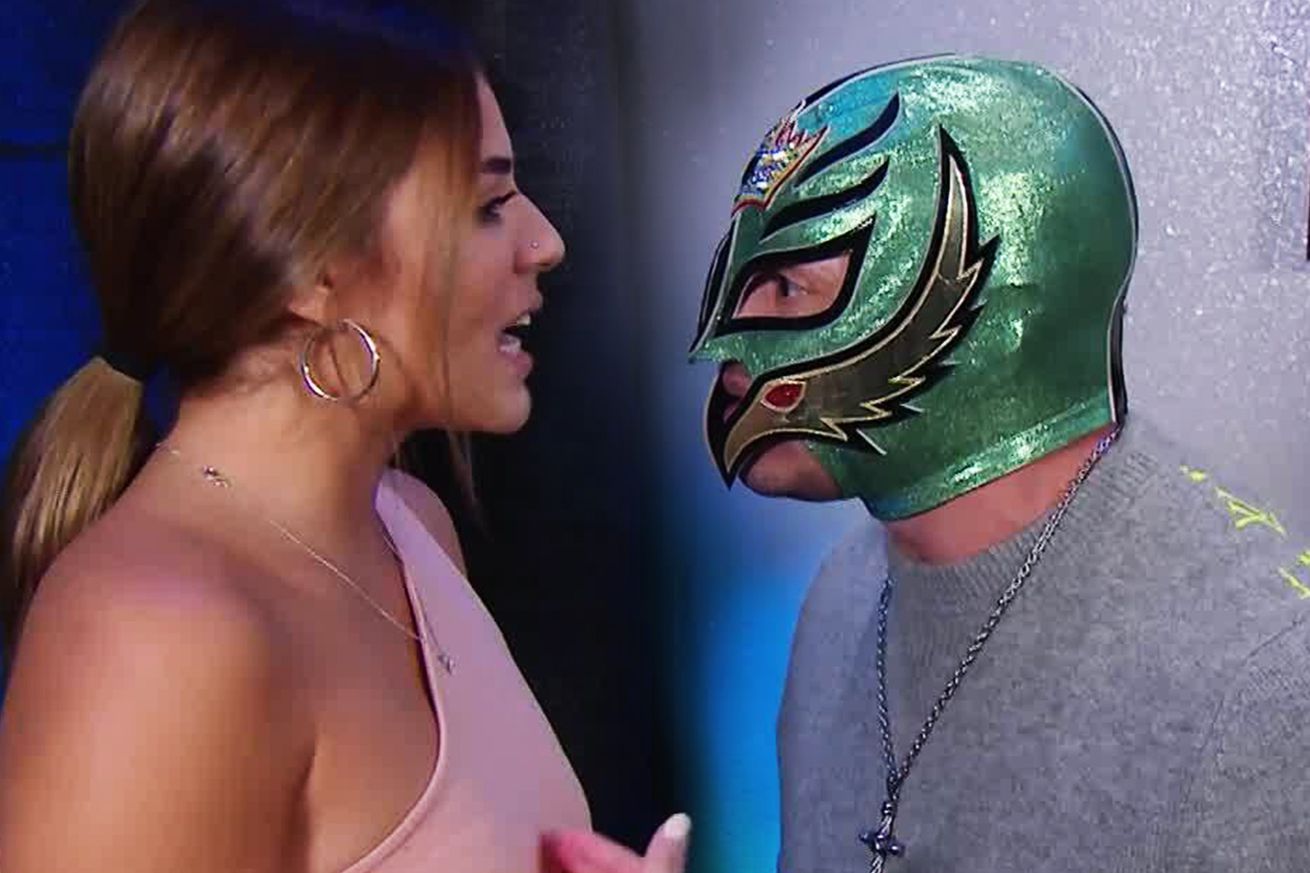 It only consisted of a handful of “WTF?!?!” moments on a three-hour show that was chock full of ‘em, so it kind of got lost in the shuffle of the Sept. 21 Raw. But, yes, last night Seth Rollins called back to the old Eddie Guerrero paternity angle for his seemingly never-ending feud with Rey Mysterio.

The twist is that Rollins isn’t questioning whether Rey is Dominik’s father. This time it’s his daughter, Aalyah. It’s unclear if he actually has (“real” or forged) DNA papers, or if he’s just going off the 19 year old’s moment with Murphy last Monday…

To answer the video headline’s question… yes, Rollins has driven a wedge between the Mysterios:

Hopefully, this is just a means to bring (or tease bringing) Aalyah into Rollins’ flock, and not a way to manipulate a young woman who’s two years away from being able to drink alcohol legally into the arms of man 12 years her senior*. We’ll see.

My big question though is… why? And I don’t mean in the “please make it stop” sense, but from a story perspective. What is Seth’s motivation to continue messing with the Mysterios? He has singles wins over Rey and Dominik. Hell, he’s beaten the son multiple times, and gave him a vicious kendo stick beating. And he took Dom’s father’s eye!

It seems apparent WWE doesn’t think there are any other babyfaces worthy of feuding with Seth (and they don’t want him involved with Drew McIntyre while Drew’s WWE champ), so this feud will continue until at least the Draft. But give us some kind of reason. Dominik and Rey have beaten Rollins in tag matches, but the Monday Night Messiah always blames those losses on Murphy.

I guess we’re just supposed to accept “Seth’s crazy and evil!” as justification. But as much as I enjoy this version of heel Rollins, that’s just not enough. Good matches aren’t either. They’ve managed to make a Rey Mysterio/Seth Rollins feud boring, and remixing old angles that were done better by Eddie and CM Punk only makes them look desperate.

Really, that’s what it is. I just wish Vince McMahon’s desperation led him to logically build someone like Dominik into the next big star instead of rehashing the past… again.

* Not that you can’t tell that story, but I’d rather it not be done on a show with a character named Slapjack, if you know what I mean.