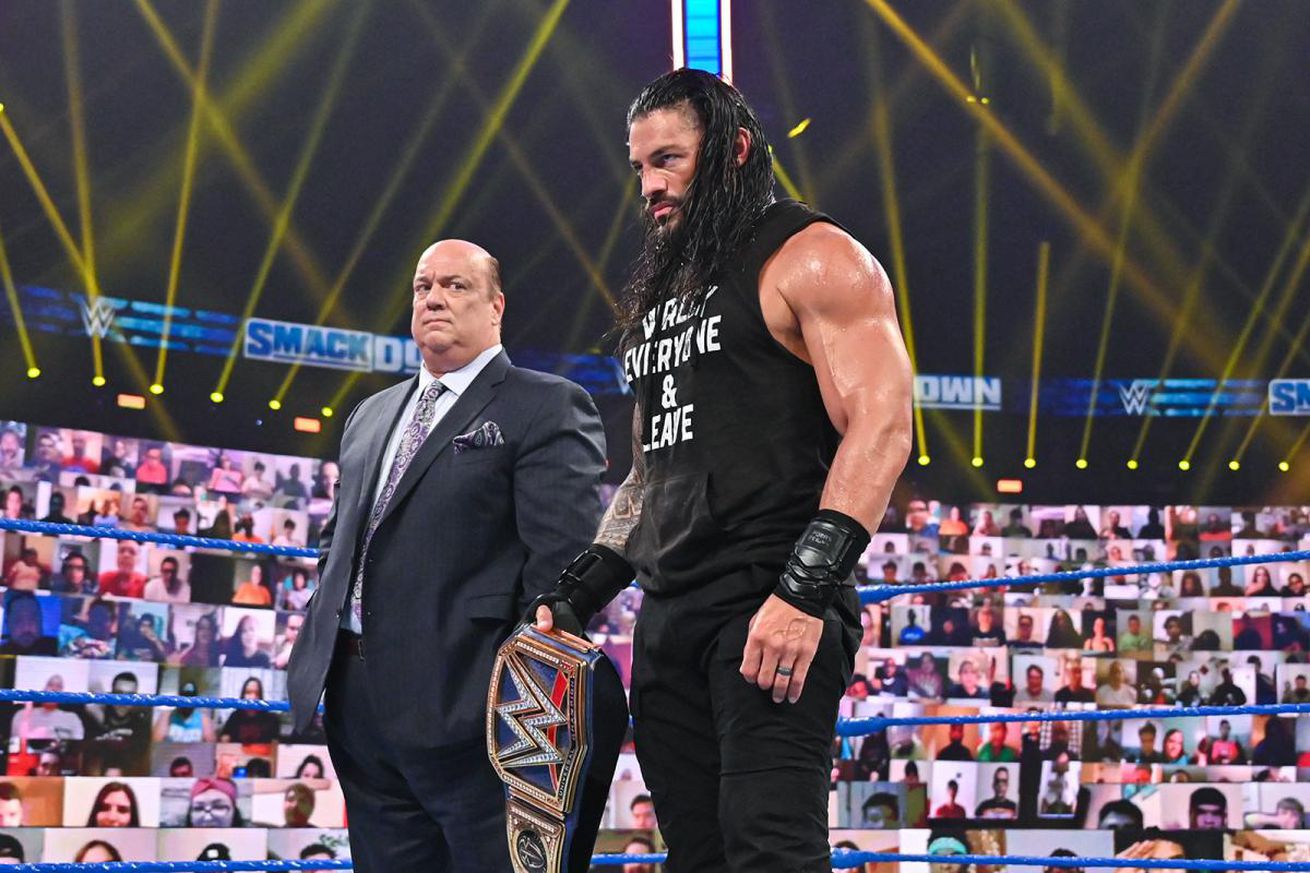 The new Roman Reigns is off to a great start… even competitor’s top stars are excited!

The Tribal Chief isn’t done changing things up, though. To go along with a return to his old mercenary habits and his new manager, it seems Reigns will also be changing up his presentation.

He covered tweaks to his look and his music during a virtual meet & greet for Mania Club to raise money for Connor’s Cure and work being done on pediatric cancer.

“The gear, let me address that; get over it. I’m not going to run out there in trunks. I’ve been wearing a SWAT outfit my entire career, so I’m going to stick with those pants. If you watch on Sunday, you’ll probably see me with my shirt off. That will be the change. That’s going to be the only difference. I never wanted the outfit to be the costume for me. I don’t want my outfit to be the superstar.

“The music, that’s a little more than me creating my own music. We have to go through the channels with that one. It’s not like I came out and am an ultra bad guy. You’ve seen it in little steps and little layers. I want all the nuances to add up. Because I am a full-time performer, you have to keep things fresh, so I decided to save the new music. Hopefully, down the line, once more drastic things happen and the story unfolds.”

Roman is different since his surprise return at SummerSlam, and there’s no reason his appearance and theme shouldn’t change to. A shirtless Reigns coming out to something that doesn’t evoke “Special Op” is going to be weird though.

We’ve got a few days until his chest is on display against Jey Uso at Clash of Champions on Sun., Sept. 27. And longer until the tune changes.

The WWE Draft rules have been released, and they don’t include NXT

Fans create an online petition to save GLOW

Jericho confirms that McMahon doesn’t care about the Intercontinental title