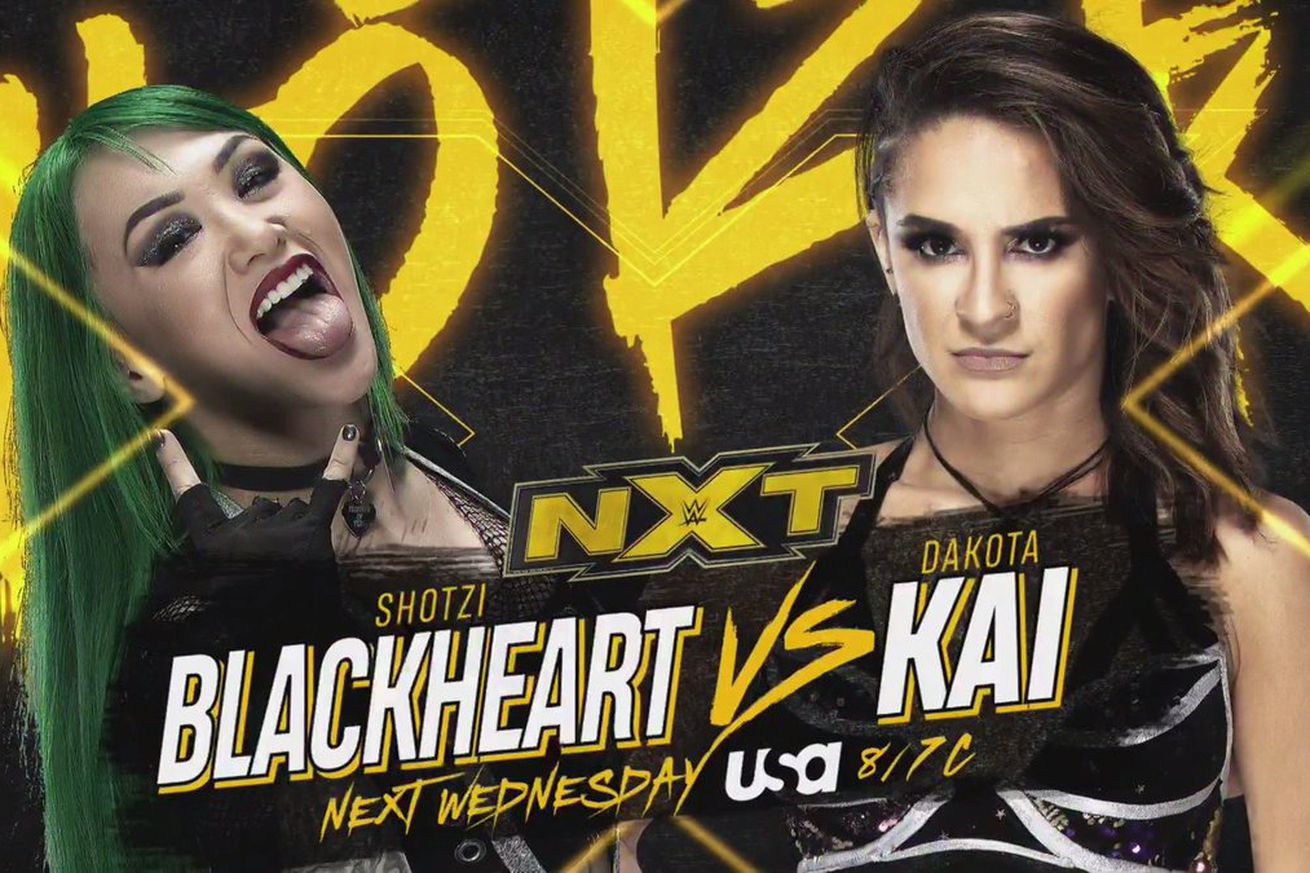 Tonight (Sept. 23) saw a return to normalcy for fans of mid-week wrestling, as not only were NXT and Dynamite both on in their usual Wednesday time slot, but both WWE and AEW only have one television show to build to next week (NXT has a TakeOver, but that’s a PPV… those are different).

That means it’s time for our early look at the cards for both of Sept. 30’s shows, so you can start planning your channel flipping.

Dynamite leads with a long-simmering feud between two up-and-comers, and big opportunity for another youngster:

– Private Party’s Isiah Kassidy gets a rare singles match, and against Le Champeon himself, Chris Jericho. This was set up via Jericho’s issues with Private Party’s mentor, Matt Hardy.

– FTR faces SCU in a “20-Minute Brush With Greatness” match. Christopher Daniels & Frankie Kazarian have to win within the time limit or the champs get the victory.

– Dr, Britt Baker will be in action for the first time since All Out (if we even count the Tooth & Nail match)

NXT’s episode is the go home for Oct. 4’s still unsubtitled TakeOver. With three title matches set for that show on WWE Network, one of next week’s matches builds to those, while another spins out of one of tonight’s qualifiers:

– Shotzi Blackheart eliminated Dakota Kai in the #1 contender’s Battle Royal before being eliminated by the winner, so those two will face on Sept. 30.

– Candice LeRae won the Battle Royal, and her husband Johnny Gargano was already announced for a North American title match. Johnny superkicked champ Damian Priest in a sneak attack, then joined the Mrs. to trash talk Women’s champ Io Shirai. Priest recovered to get into a shoving match during that scene, so we’re getting mixed tag action next Wednesday.

– A #1 contenders match between Oney Lorcan & Danny Burch and Roderick Strong & an Undisputed ERA partner was set-up tonight. It could be next week, but there hasn’t been confirmation of when it will take place just yet.

Ready for another edition of the best wrestling night of the week?

Call Your Shot Gauntlet Match returns at Bound for Glory