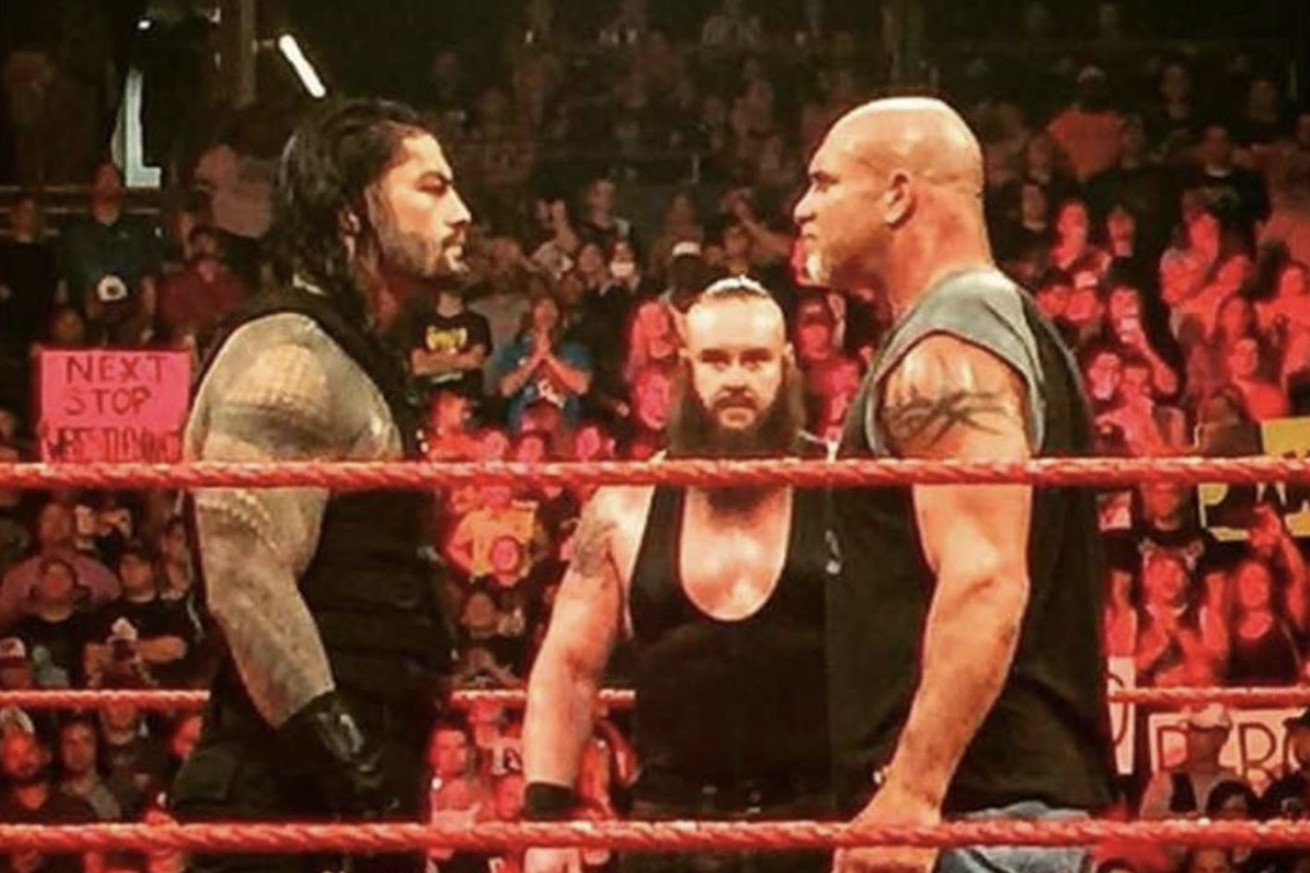 If you’ve been on the lookout for signs of Goldberg returning to WWE, it’s been a good day.

Wyatt, of course, lost the Universal title to Goldberg in Saudi Arabia earlier this year. Bray immediately moved on to his WrestleMania 36 program with John Cena. So Bill is definitely still in need of The Fiend’s “forgiveness”, and Goldberg has at least four more matches left on his WWE deal.

After becoming champ, Goldberg was supposed to defend the title against Roman Reigns at ‘Mania, but the Big Dog ended up withdrawing from the event – and the next several months’ worth of shows. But now he’s back, and he’s got the blue strap. Plus, tonight on SmackDown he’s facing the man who replaced Roman and beat Goldberg to become Universal champ – Braun Strowman.

It’s a match Bill has, well, we’ll let him tell you:

To say I have “INTEREST” in tonight’s #UniversalChampionship match on @wweonfox #SmackDown is an understatement! @adamscherr99 @romanreigns I’ll be joining the #WWEThunderDome TONIGHT for the season premiere #spear #jackhammer #whosnext @wwe #wrestling #wcw @goldbergsgarage

The WWE on Fox account tweeted out Goldberg’s Instagram. For now, “joining the ThunderDome” probably means appearing on a screen from his Georgia home. But I’m sure the network wouldn’t mind having the Hall of Famer back for a while.

With Reigns working with Paul Heyman, who’s rumored to be a big proponent of using Goldberg as a regular special attraction, and Bill’s nemesis Matt Riddle shipped off to Raw… you can connect the dots.

This scenario probably leaves Bray out in the cold again. At least he has a festive flick to keep him warm. And his new ally Alexa Bliss.