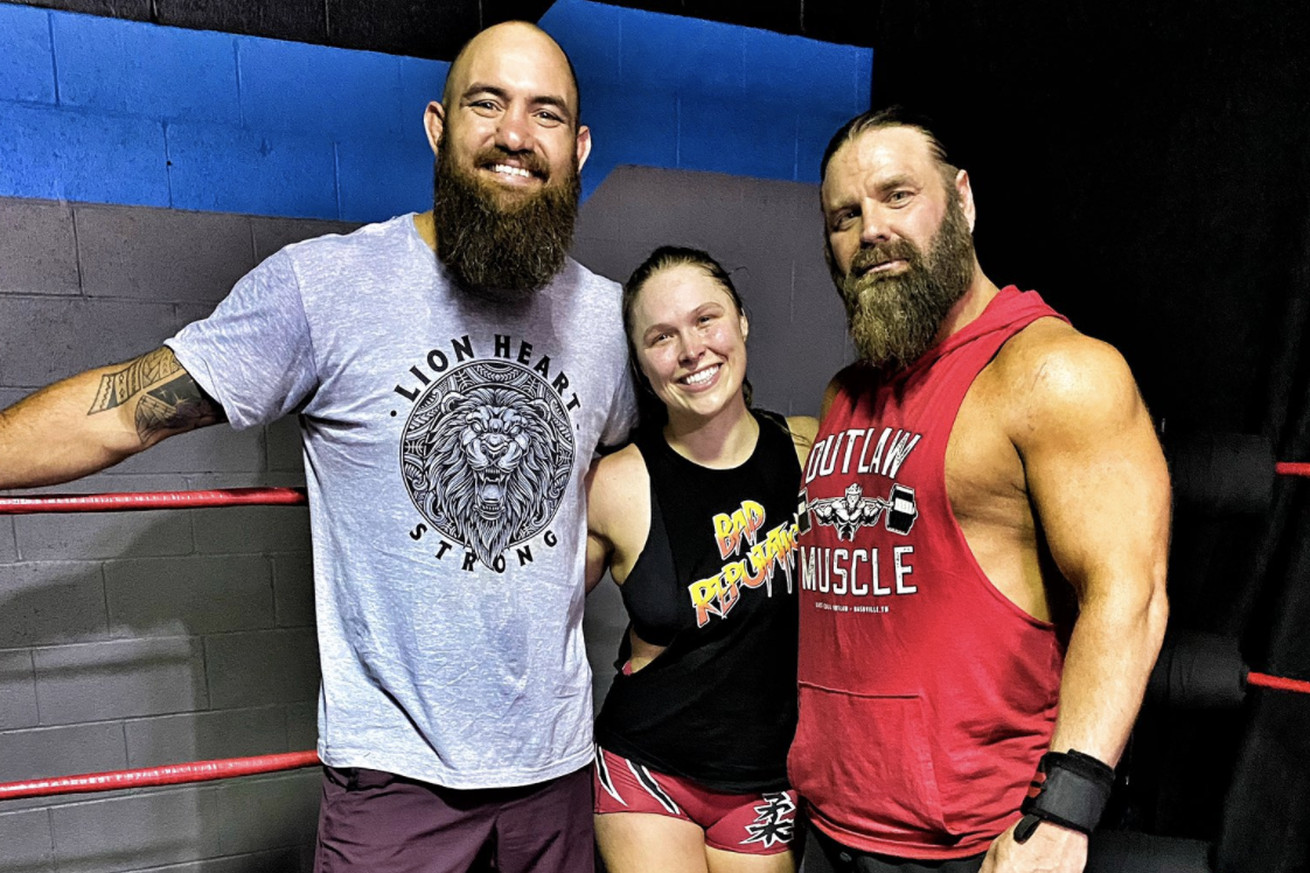 Pro wrestling fans are always eager for information on anything going on behind-the-scenes, and they love a good return as much as anything else the industry has to offer. Naturally, then, fans have been waiting for news on Ronda Rousey and what she’s up to since bailing on WWE to start a family.

Recently, Paul Heyman made some comments indicating it’s at least possible she’s already signed a new contract with the company and is keeping it quiet. So, of course, fans are looking for signs she’s coming back.

Rousey herself kinda hinted at it, then Natalya mentioned something that got us wondering if it was a tease for it. Now, we get this from James Storm:

Big thanks to @rondarousey & @travisbrownemma for the invite to do a little wrestling around. I’ve met a lot of people that come from different sports but none besides @therealkurtangle that have the respect for pro wrestling like she does. pic.twitter.com/i0vjd5vQI2

It would seem like the right idea to wait for fans to return to shows before bringing back the big names like Rousey or Brock Lesnar, but perhaps the former is ready to return on her own and WWE could certainly use the star power.