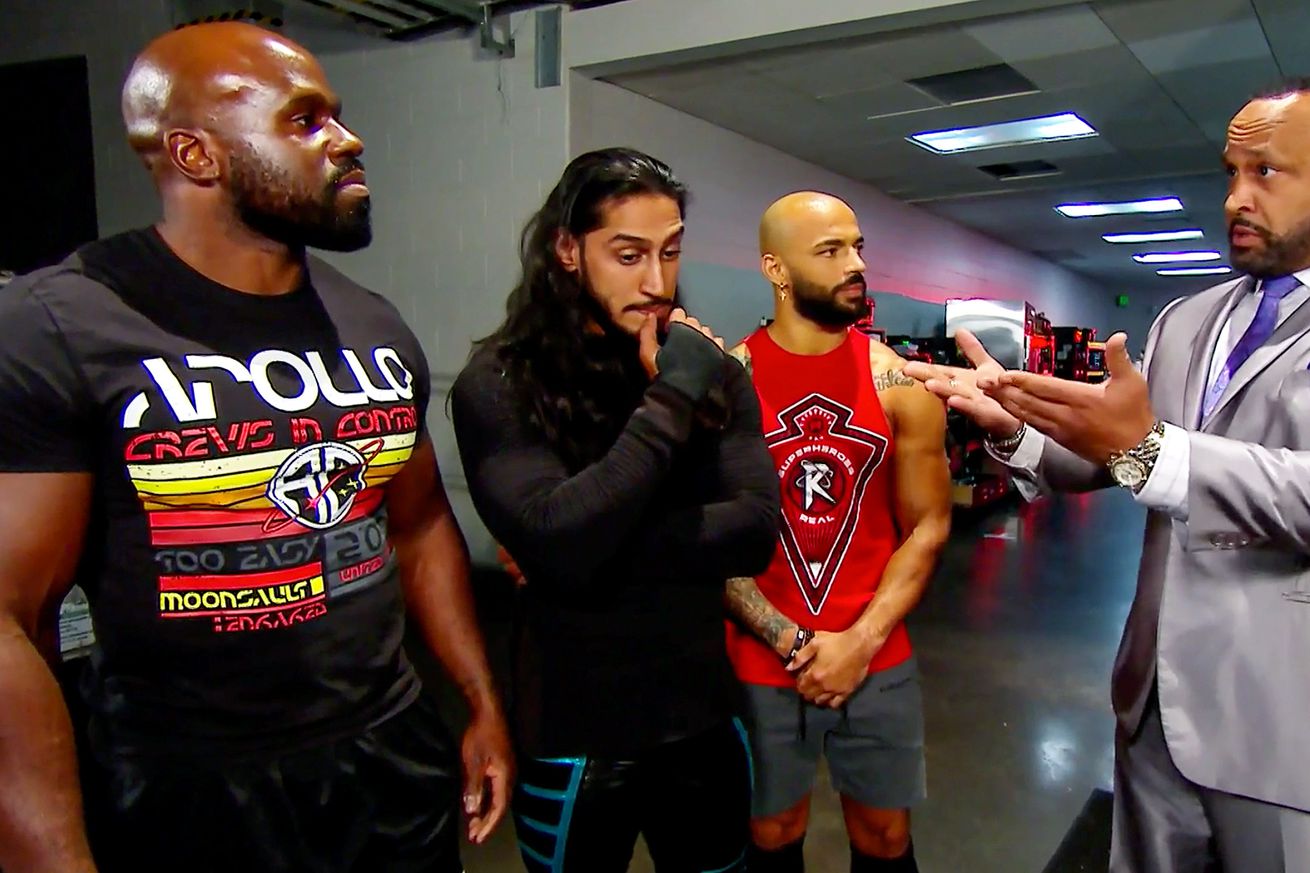 A lot has happened since we last previewed an episode of the red brand. WWE finished up the Draft, and there are going to be plenty of people who haven’t been Monday night regulars floating around Raw. Opinion is fairly evenly split on which show came away with the better roster, which is probably a good thing.

Raw Underground is apparently no more, and folks like Dabba-Kato, Arturo Ruas, and Riddick Moss who were featured in Shane McMahon’s fight club will be integrated into the regular line-up (probably not Raw’s though… hello Main Event!).

Which brings us to another “ratings grabbing” concept WWE introduced us to in early August. The rollout’s been rocky, but with Mustafa Ali’s reveal as the leader of RETRIBUTION the group finally seemed poised to put their ridiculous rollout behind them. Last week included a couple more bumps in the road, though. First, the drafting of a group who’s stated goal is to destroy the company doing the drafting – the latest sign said company isn’t too worried about the group achieving their goal. Then, Ali’s promised explanation for his actions was bumped off the show.

As has been the case for a while now, the members of the group did a pretty good job spinning both gaffes on social media. WWE hasn’t addressed either, and isn’t promoting a segment with RETRIBUTION or its leader for this week’s show.

Maybe that’s fine. Hell in a Cell is on Sunday, and while they could add a RETRIBUTION vs. The Hurt Business match or something similar to the card, it might make sense to take another week off. Distance the faction from the missteps of the last couple months and let their next appearance serves as part of the soft reboot which started when Ali joined them two weeks ago. Maybe they could make their PPV debut this weekend by doing something that actually causes some anarchy to ensue?

Whatever they decide, here’s hoping it’s something that helps T-Bar & the gang get over instead of forcing them to try and salvage it on Twitter. Again.

While Lana was in the process of winning her shot at Raw Women’s titleholder Asuka in last week’s main event, Randy Orton and WWE champ Drew McIntyre were hogging the spotlight by brawling all around the ThunderDome. We’ll see what WWE has planned for keeping that feud hot heading into the Viper’s third attempt at padding his Hall of Fame resume with another title run. We’ve already seen Lana putting in work trying to get us to root for her and believe she has a chance against the Empress. It’s not working for me, but your mileage may vary.

Team Hell No 2.0 (almost typed that our without laughing) Nia Jax & Shayna Baszler also need new challengers for their WWE Women’s Tag Team belts. If those are to come from the red brand, we’re guessing Dana Brooke & Mandy Rose get the nod after driving a wedge between Natalya & Lana.

With a crafty win over his old friend Cedric Alexander, Ricochet’s earned himself some peace. But does the fact The Hurt Business has to “leave him alone” mean he can’t challenger Bobby Lashley for United States title? The Draft did bring several other options for both parties, so maybe we’ve finally seen the end of Ric & Apollo Crews vs. MVP’s squad.

– A week after Sister Abigail-ing Andrade & Zelina Vega together, will we learn more about the alliance between The Fiend and Alexa Bliss when Bray Wyatt welcomes us to Firefly Fun House tonight?

– How excited will the virtual fans in ThunderDome be to hear Elias’ return concert tonight? And will Jeff Hardy be more interested in explaining he wasn’t actually the one to hit Elias with a car earlier this year, or will the Charismatic Enigma just want revenge for last week’s chair shot?

– He got his ass beat on Friday night, but hopefully Braun Strowman’s had a chance to recover. He’s got a hoss fight lined up with Keith Lee tonight.

– Is tonight the night Everything gets All Red?

It’s the Hell In A Cell go home show!