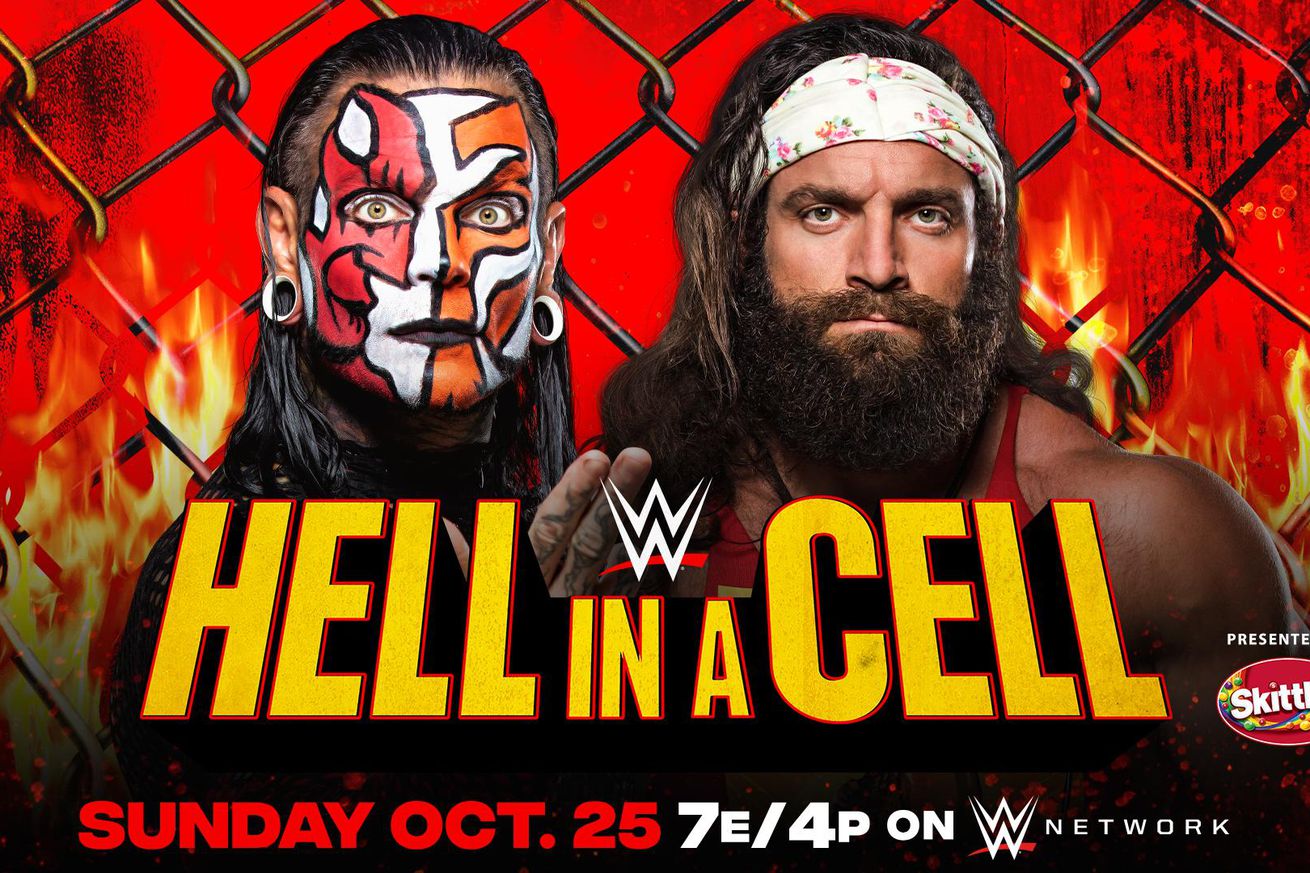 Elias returned last week, hellbent on making Jeff Hardy pay for the car accident that in-story caused him to miss four-plus months of action. Jeff didn’t do it, we know that, and Elias might too – but a heel isn’t gonna let a little thing like the truth stand in the way of a good feud.

That led to last night, where Hardy crashed the encore during Elias’ concert on Raw. In a backstage interview, Elias made a challenge for a match at Hell in a Cell this Sunday (Oct. 25). Jeff accepted it on Raw Talk.

And this weekend’s PPV has its fourth match.

– Roman Reigns (c) vs. Jey Uso in an “I Quit” Hell in a Cell match for the Universal championship

– Randy Orton vs. Drew McIntyre (c) in a Hell in a Cell match for the WWE title

– Bayley (c) vs. Sasha Banks in a Hell in a Cell match for the SmackDown Women’s championship

Sound like a good way to spend a Sunday night?