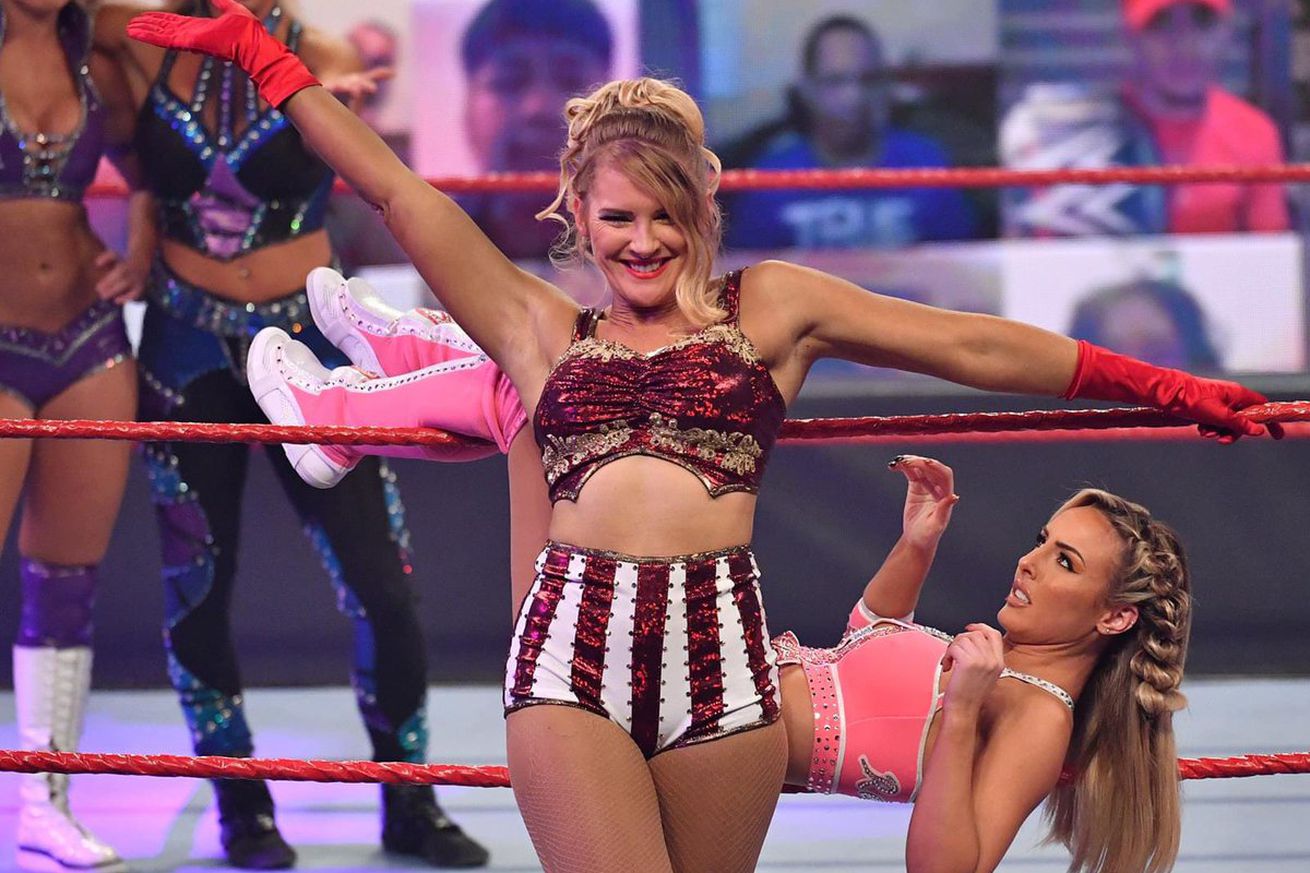 Even before the WWE Draft, the company was on a roll of splitting up tag teams.

In most cases, they’ve followed up by promoting heartfelt and/or tearjerking farewells from the performers in the acts. Which, hey… wrestling fans basically sign up to have our emotions manipulated, so I ain’t mad at them for that. It’s all in the game.

More than that though, as wrestling fans, we know how little stuff like that matters. Have the break-up serve a story, like the Sasha Banks/Bayley feud or (fingers crossed) the Big E singles push, and we’re fine with it. Make it fun*, like this…

… and most of us are gonna laugh and keep it moving.

But the split of former Women’s Tag champs IIconics never made sense. And on the Oct. 19 Raw, more than a month after Peyton Royce and Billie Kay were forced to stop tagging, the decision got even more absurd.

The rumor mill and conventional wisdom told us the break-up was done in service of a Royce singles push. She’s one of Vince McMahon’s favorites, we heard, so WWE wanted Peyton on her own so she could start to climb the ladder.

Okay. Then what in the blue hell is this?

The kneejerk reaction I and many others had was that Royce is becoming the vehicle for there latest futile attempt to make Lacey Evans happen. And that could be part of it… Loooord help us.

But an element of that could involve establishing Peyton on her own, possibly as a babyface. The duo did not get along during the multi-team tag match, and this would be an easy set-up for a Royce/Evans feud.

Or… maybe it’s a backdoor way to reunite the lifelong Australian besties? Billie made her thoughts clear. Perhaps she can borrow the El Gran Gordo mask and (after a thorough cleaning) use it to defy the networks and whatever faceless force engineered the IIconics break-up stipulation in the first place?

Oooor… it’s weeks before we see Royce, Evans or Kay on television again, and when we do, none of this ever mentioned again.

* The Heavy Machinery split and El Gran Gordo angle from Raw last night also makes sense as a story, since it’s part of Miz’s plan to get the Money in the Bank briefcase off Otis.

The Miz is an even bigger joke than Otis