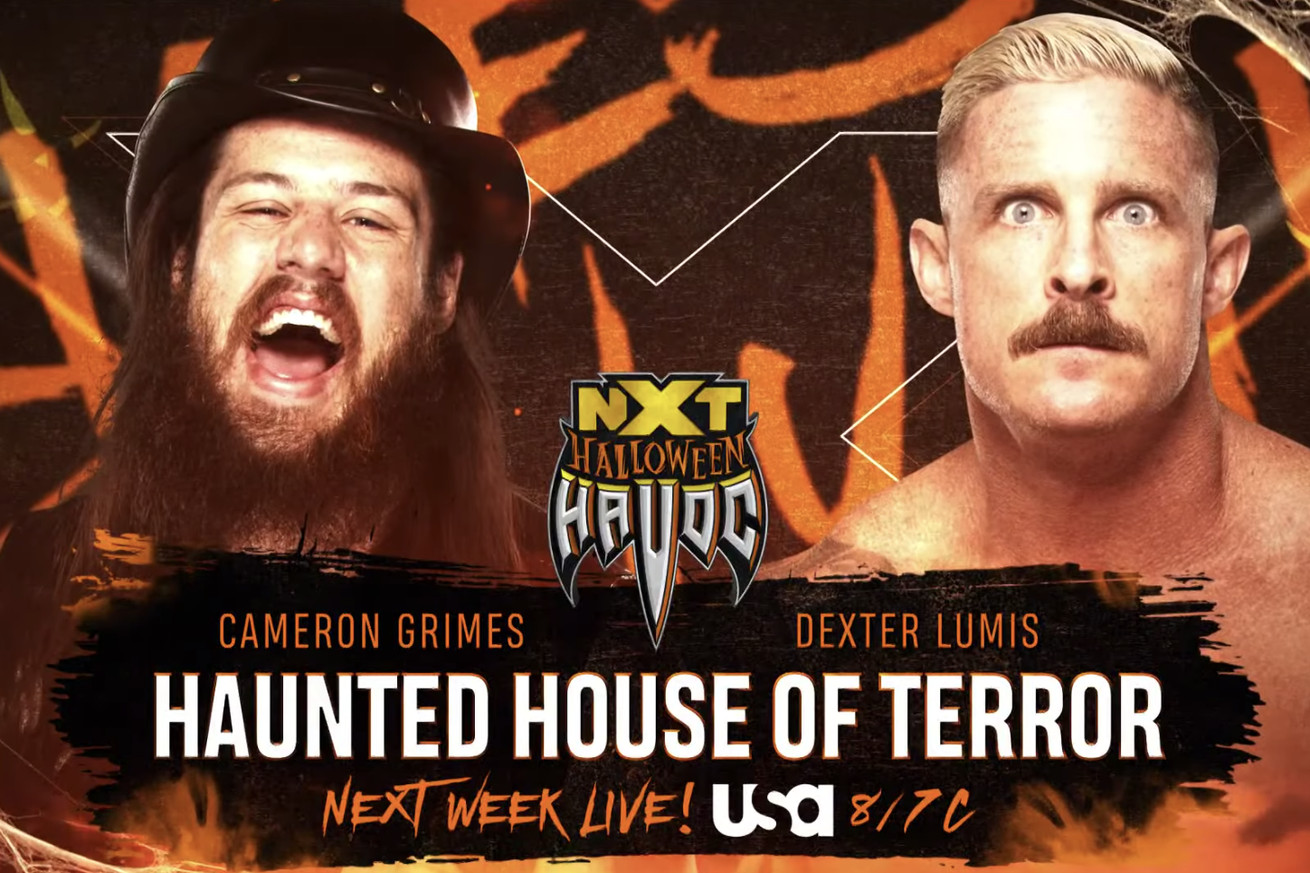 When Cameron Grimes’ issues with Dexter Lumis led to Grimes costing Lumis his match with North American champ Damian Priest last week, it was pretty obvious the two had a singles match in their future. And with only three matches confirmed for Oct. 28’s Halloween Havoc, that seemed like a likely destination for a guy with a psycho killer gimmick and a man in love with his own hat.

It’s what Grimes figured would happen. He was already plotting how a win over Lumis was the next step on his journey to the mooooon. But then he learned General Manager William Regal booked him in a “Haunted House of Terror” match. And whatever that is, old Grimey didn’t like the sound of it. Our favorite slasher Dex seems intrigued, though…

Details haven’t been revealed. Will it be “cinematic,” or just a variation on a hardcore match? We’ll likely have a couple of those already with two “Spin The Wheel, Make The Deal” bouts on the Shotzi Blackheart-hosted card.

– Io Shirai (c) vs. Candice LeRae for the NXT Women’s championship; stipulation* determined by “Spin The Wheel, Make The Deal”

– Johnny Gargano vs. Damian Priest (c) for the North American title; stipulation* determined by “Spin The Wheel, Make The Deal”

– Cameron Grimes vs. Dexter Lumis in a “Haunted House of Terror” match

Sound spooky enough for ya?

The Miz is an even bigger joke than Otis