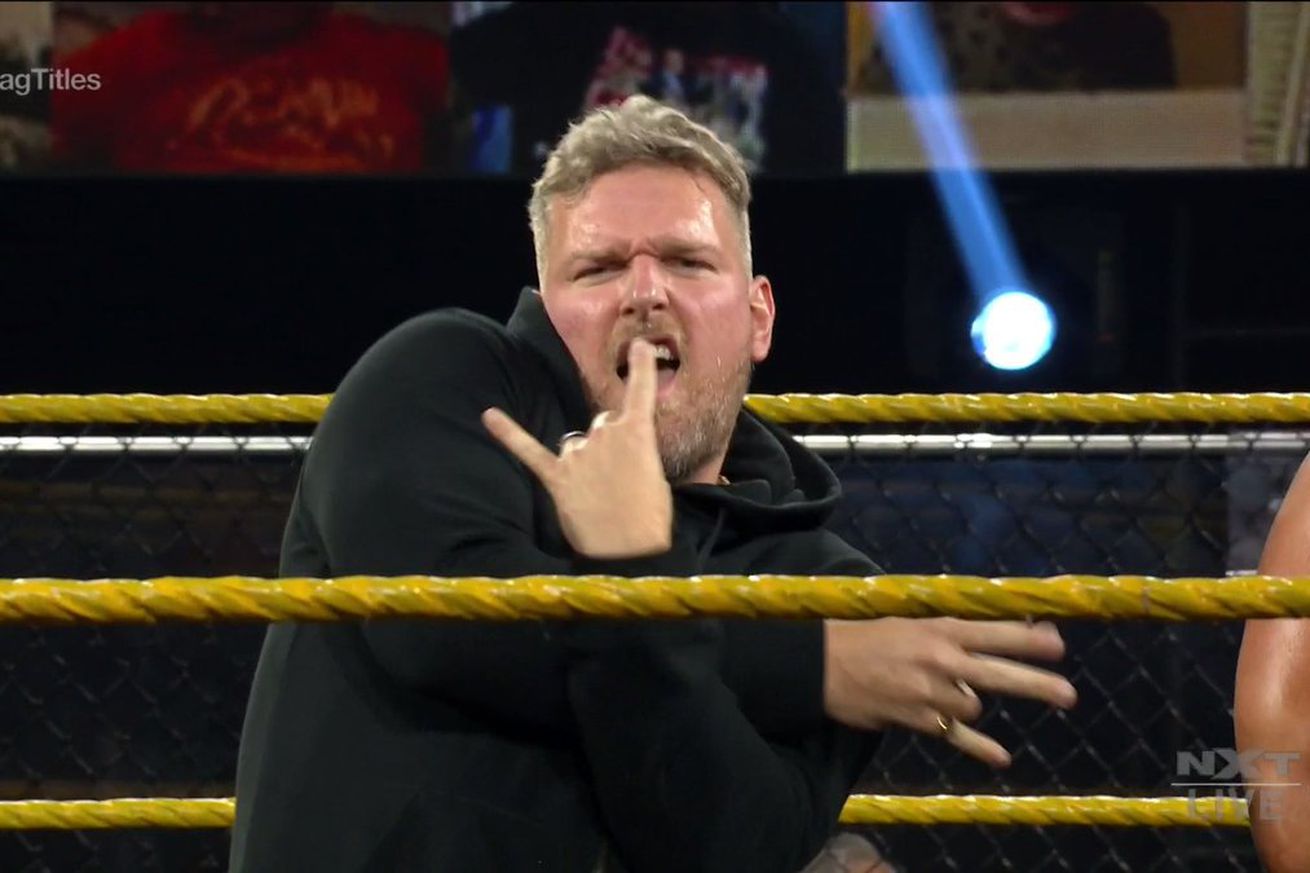 From early on in the Oct. 21 NXT, it was clear it was not Undisputed ERA’s night. Ahead of their Tag title match with champions Breezango, Bobby Fish was hit by a blindside attack…

… then the same thing happened to Roderick Strong…

Kyle O’Reilly was present and cleared, but Adam Cole was not. So even though General Manager Willliam Regal offered to let Kyle fight with a new partner, he declined. In stepped Oney Lorcan & Danny Burch.

The impromptu main event was a chaotic affair, with neither team able to get the upper hand for long during most of its ~15 minute runtime. But when it looked like superkicks from the champs would allow Fandango to hit his leg drop from the top rope, a mysterious hooded, masked figure ran in and pushed Dango down.

A low blow and DDT later, and Tyler Breeze was staring at the lights. Lorcan & Burch finally won the big one!

But who was that masked man? Well, we don’t know exactly what his game was, but his identity – and the way he mocked Undisputed ERA while celebrating with the new champs, made it clear that Pat McAfee’s been plotting his revenge against Adam Cole since TakeOver 30.

The #UndisputedERA’s past has come back to haunt [email protected] is back, and he’s celebrating with the NEW NXT Tag Team Champions @ONEYLORCAN & @strongstylebrit! #WWENXT pic.twitter.com/xpsfFiLxke

What does McAfee have planned for the ERA, and all of NXT?

And who else was he working with to pull this off? Ridge Holland? Kyle O’Reilly? Adam Cole?