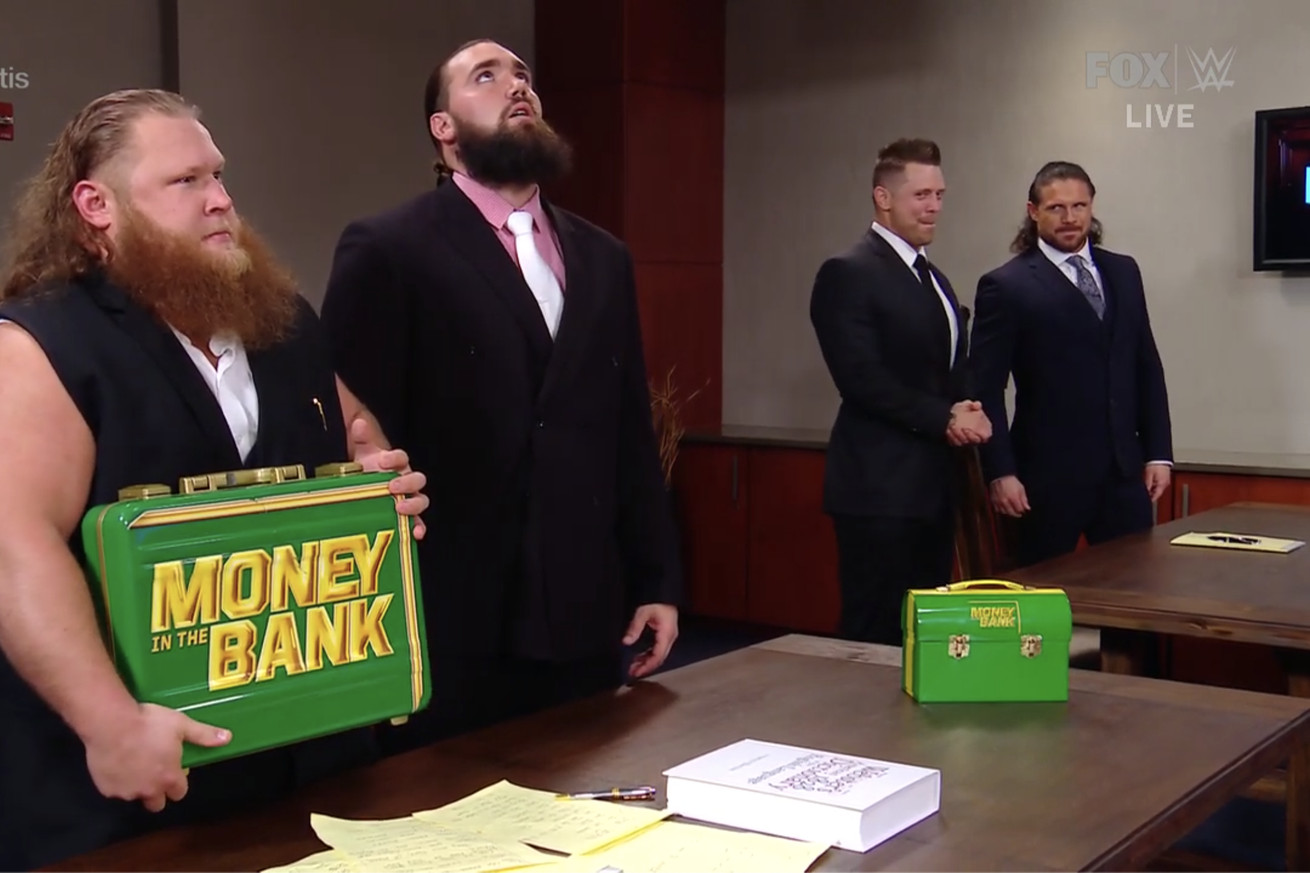 It took a couple weeks, but WWE finally got around to Otis defending himself in court against charges brought by The Miz related to his Money in the Bank contract. The long and short of it is Miz was trying to take the contract for himself using a harebrained scheme that included taking Otis to court to win a judgement against him.

It wasn’t going to work, because it was so incredibly stupid that even judge JBL could see through it, but it ultimately paid off because, well, the judge was JBL. If we know anything about John Bradshaw Layfield it’s that he can be bought.

Here’s the updated Hell in a Cell match card: