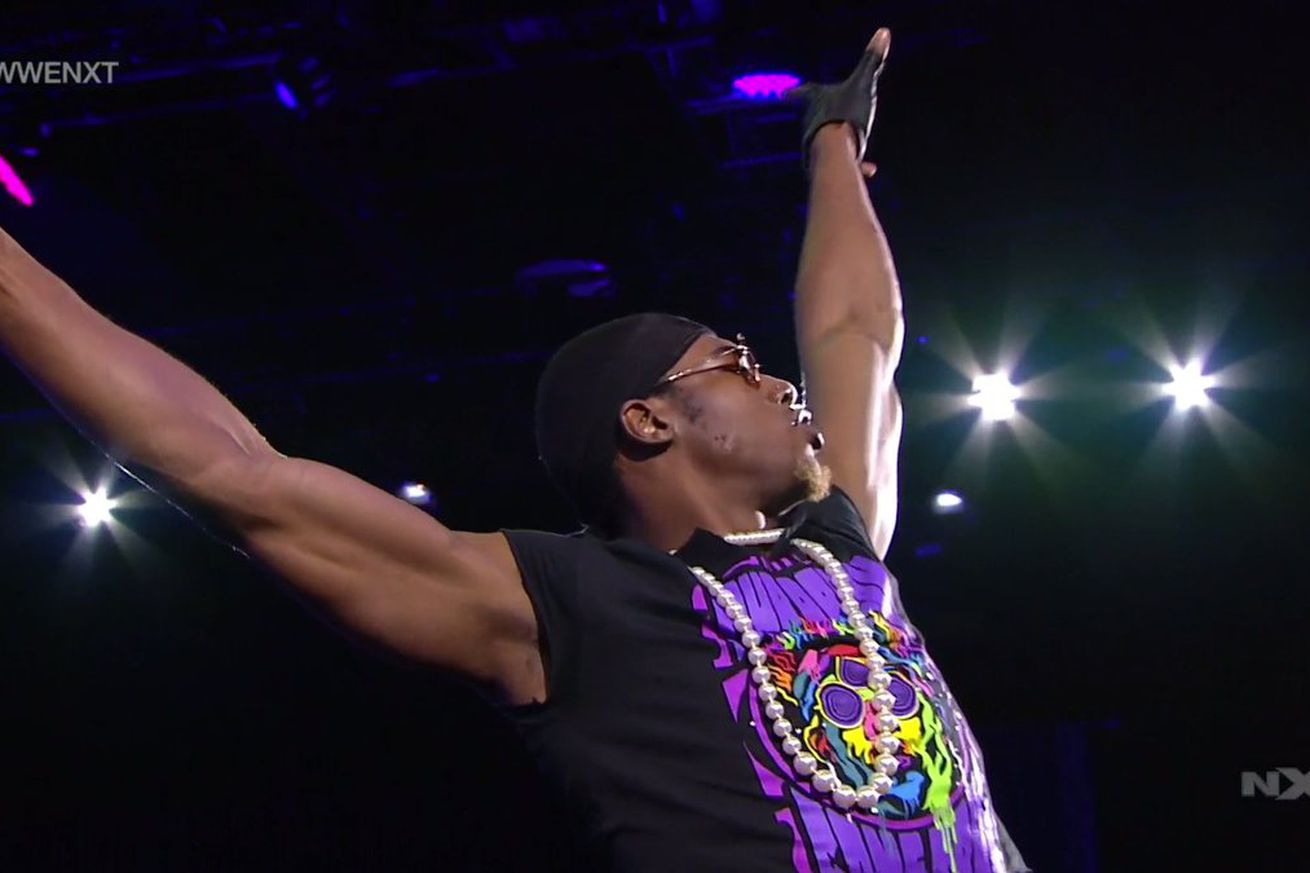 Velveteen Dream hasn’t been seen since the TakeOver: In Your House fallout episode of NXT. He returned on Aug. 12 as the mystery third entrant in the main event Triple Threat for a spot in TakeOver: XXX’s North American championship ladder match.

In story, Mauro Ranallo explained his absence as re-grouping after his NXT title loss to Adam Cole. In reality, Dream also exited our screens after a car accident which occurred shortly after the #SpeakingOut movement brought new allegations of inappropriate conduct with minors to light. Neither he nor WWE commented on this second round of stories, but he denied an initial round in April.

Presumably, Velveteen’s return means any investigation the company was interested in doing has cleared Patrick Clark (Dream’s real name) of anything that would reflect negatively on them.

It does not necessarily mean he’s back on course for the top of the card. While he didn’t take the pin, he failed to earn a spot at TakeOver, as Cameron Grimes pinned Kushida after a Cave-In to advance to the ladder match.

Dream does get a second chance by virtue of not factoring into the decision, however. And a post-match beatdown on Kushida also signals he’ll enter that match next week as a villain. His opponent, Finn Bálor, arrived for a staredown to close the episode.

Either Velveteen or the Prinxe will join Grimes, Damian Priest, Bronson Reed, and the winner of the Johnny Gargano vs. Ridge Holland second chance match in the match for the NA title on Sat., Aug. 22.