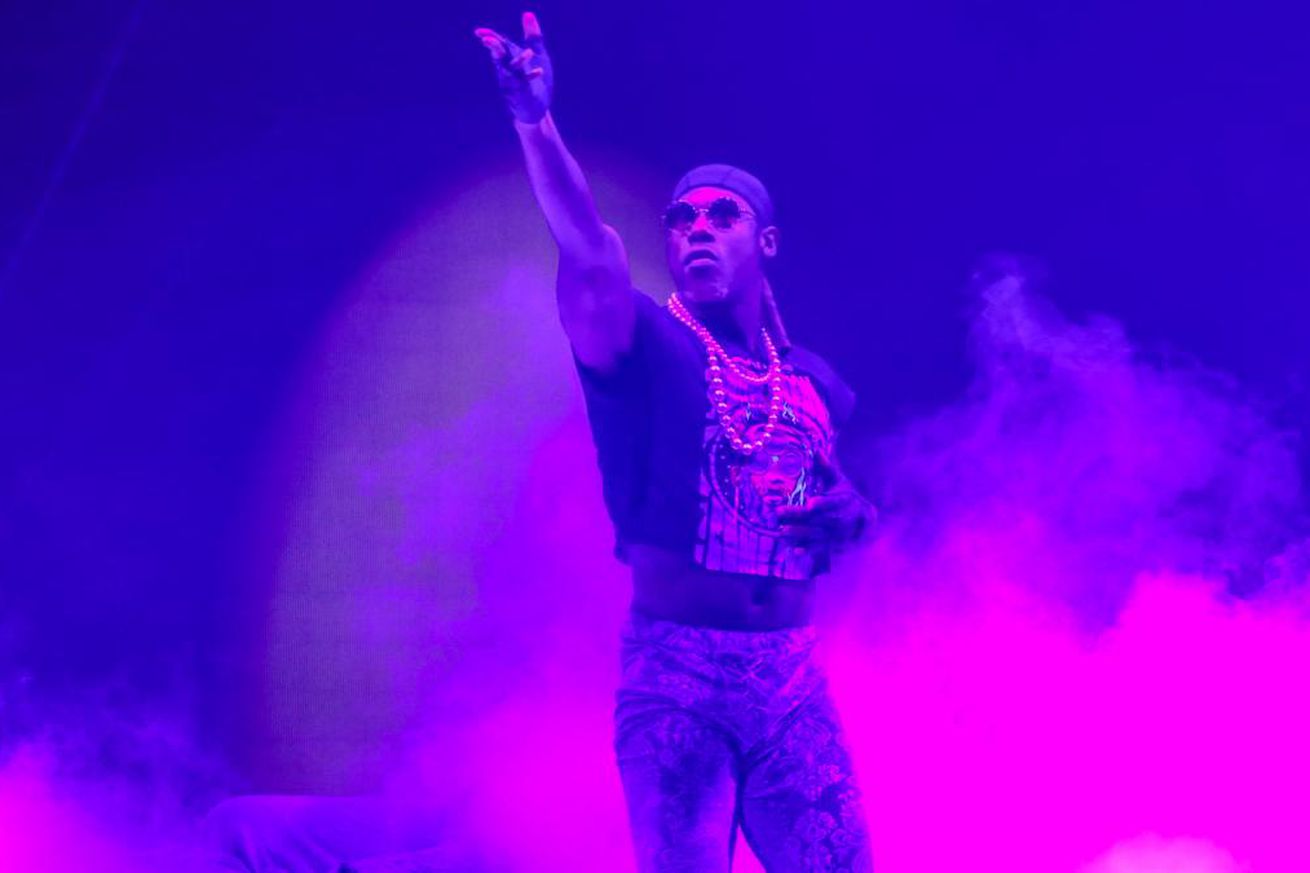 NXT returned last night (Aug. 12) from Full Sail University in Winter Park, Florida. You can find the results at the live blog here.

This week’s main event mystery competitor was revealed to be Velveteen Dream.

While he certain has the name value in NXT to warrant a mystery reveal, it didn’t land like intended.

One reason is the big elephant in the room when it comes to Dream. That’s the accusations that have come out against him alleging acting inappropriately with minors. That happened during the #SpeakingOut movement, but it wasn’t the first time. So that can understandable sour people, including myself, on a character.

But even if you remove that, I was already souring on the current Dream character prior. His injury had hurt his momentum and he wasn’t pulling off the babyface role. He was way too heelish and had come off obnoxious or downright nasty (like when he said Roddy wasn’t a man because his wife kept her last name) playing the role.

Those things combined, Dream’s reveal got a “Welp…” reaction from me.

There’s nothing they can do to remove the shadow of allegations. Clearly they investigated and didn’t find something they felt was legit or worth pursuing, and now it’s up to every fan to make a decision with how they feel about watching the character. They can address his character issues and started doing so this week.

Velveteen did not win here. Cameron Grimes did. Dream didn’t lose either, ensuring he’ll get a bigger match next week in the second chance match with Finn Bálor. After the match, Dream took his frustrations out on Kushida, who took the pin. So they’re turning him heel, which fits better than babyface for this character.

Speaking of Kushida, he just can’t seem to find it.

This man was debuted as a blue chip athlete who people came from other brands to try to beat but couldn’t. However an injury derailed that run and he never found his groove again. Sure, this could mean he feuds with Velveteen Dream, but they’ve stopped and started his pushes so much, he’s lost all of his shine.

Cameron Grimes had a good night, thought. He picked up the win with a creative Cave In. He’s definitely found his groove in the last few months.

Karrion Kross may have gotten a little supernatural this week.

He’s always floated that line with the imagery they use for him – his entrance with Scarlett playing the role of harbinger and the hour glass. But he’s always been grounded in reality. He’s never appeared out of nowhere like a Bray Wyatt or Undertaker. He’s dangerous and has an aura of unknown around him. But he’s always been human.

This week, they crossed that line a little bit.

Karrion Kross opened the show defeating a game Danny Burch. Burch isn’t a singles wrestler that needs to be very protected, but they did a very good job laying out a match that presented Danny as game competition while not taking away from Kross’ dominance.

Afterwards, Keith Lee stormed out with a contract in hand. He told Kross that he pleaded with William Regal to make the match and Regal relented. While I would have liked a little explanation from the GM on why he changed his mind, you can probably put two and two together given Karrion’s chaos from last week.

Lee signed the paperwork. So did Regal. It was just on Kross. Scarlett grabbed the contract and Kross signed. She took it back, kissed it, and passed the folder to Lee. When the champ opened it to review, he was greeted with a fireball.

Given we didn’t see them plant some type of device, I think we’re supposed to assume that happened because Scarlett kissed the folder. That makes Kross and Scarlett just a bit more supernatural. That’s not necessarily a bad thing, but it was a bit of a cheesy angle for my tastes given how they’ve presented them before.

It’s not something that lessens the feud for me though. I’ve been all in on this story since Lee won the title. A little fireball isn’t going to change that.

Undisputed ERA interrupted a match between Drake Maverick and Killian Dain (an odd match for NXT to make in general), attacking both men. As Michael Cole might say, it was VINTAGE ERA!

Adam Cole cut a brief, but passionate promo on Pat McAfee. He pointed out that Pat was able to land a cheap shot last week, but when he actually enters their world, the punter is going to get his ass kicked.

While Cole hit the right beats, I found myself just watching Kyle O’Reilly the entire time. I’ve convinced myself (probably out of hope) that this is going to lead to a Cole/O’Reilly feud. Kyle was rather stone faced, and perhaps staring at the back of Cole’s head intently a few times during this brief segment. But that may have been me seeing what I wanted to, hoping for a story I really want.

The women’s title feud was represented by two video promos from the two women involved. Both were good, though Io’s was great. Normally, I don’t discuss promo videos like these often, but both were worth sharing the vids.

Dakota talked up having the answer to Shirai, that being a stiff kick to the fact. She also referenced not needing any help (alluding to the MIA Raquel González). Though hopefully that’s misdirection because Kai really needs the help.

Io recapped Kai’s history, from her betrayal at WarGames all the way back to when she was Shayna’s victim. She closed by telling her opponent she’s not in her head, just pissing her off. They really nailed the presentation of Io Shirai. Instead of sending her to a ring with a microphone, they produce really cool videos where they can use subtitles and she can look like the badass she is.

– Santos Escobar defeated Tyler Breeze this week with the help of Joaquin Wilde and Raul Mendoza. A 3 on 1 beatdown ensued when Fandango walked out with his arm in a sling to try to even the odds. Of course, those odds were still 3 on 2 and El Legado del Fantasma still maintained the upperhand until Swerve Scott came out to finally run off the trio. He should be getting that Cruiserweight title match sooner than later.

– Mia Yim defeated Indi Hartwell despite being preoccupied with her man being in the hospital for his burnt corneas. We’ve been seeing a lot of Hartwell lately, and I’m a fan so far. She’s got a good look and a sharp heel attitude. I look forward to seeing how she progresses.

– Bronson Reed picked up a bit of an upset win over Damian Priest. This makes sense since I think Priest is obviously winning the belt. This gives Reed a bit of a boost prior and a bit of misdirection in regards to the finish of the ladder match.

– The Robert Stone Brand (Mercedes Martinez and Aliyah) defeated the fun team of Kayden Carter and Kacy Catanzaro, with Mercedes obviously picking up the win. Afterwards, Rhea Ripley charged the ring to take the fight to Martinez. Mercedes loves a fight, even pushing her own tag team partner aside when she got in the way. Shotzi Blackheart eventually came down to stand with Rhea. I smell a tag team match in the near future.

This show felt like a lot of filler. Almost as if they were channeling one half of their main event of TakeOver and punting until they don’t have competition next week.