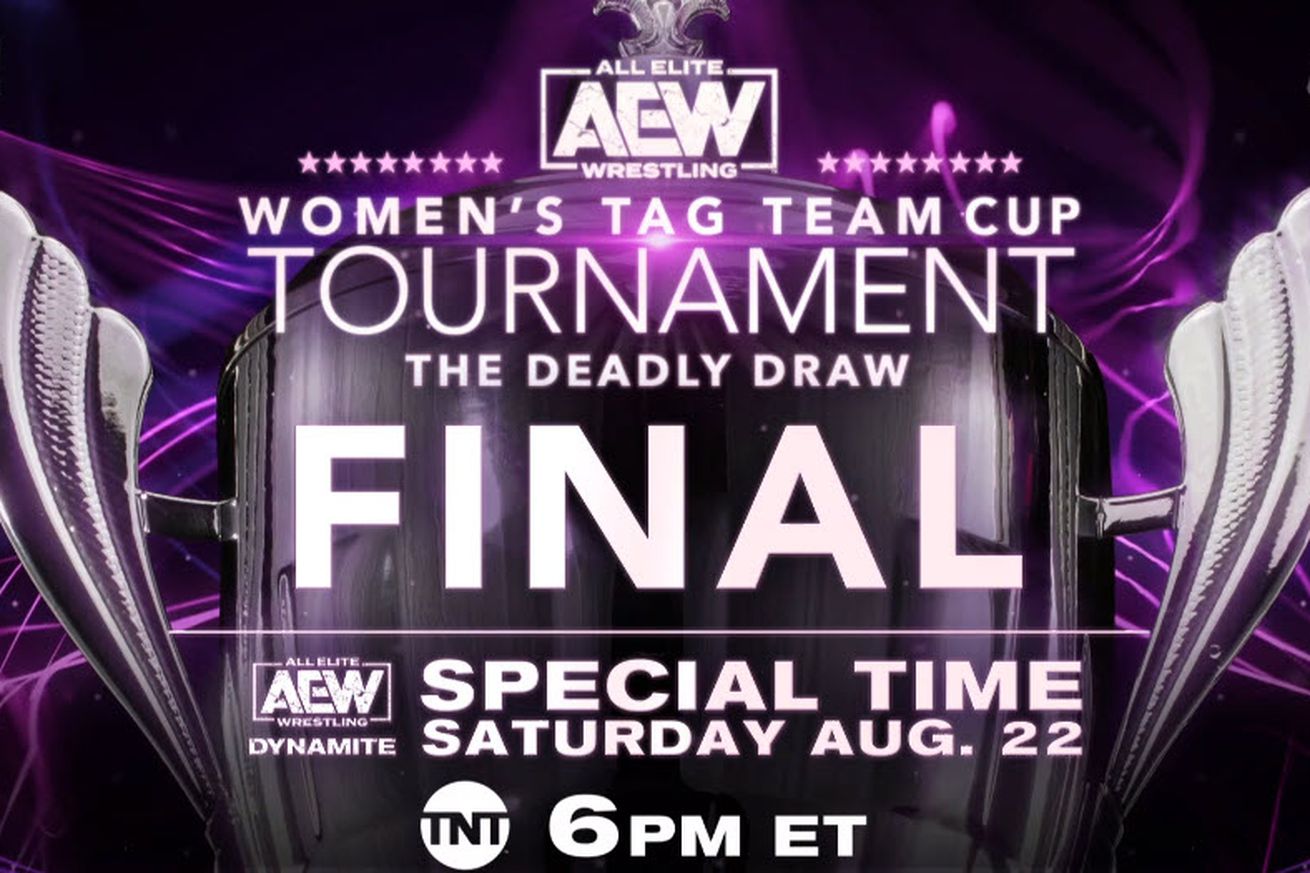 The NBA Playoffs will be on TNT next Wednesday, so AEW Dynamite will air on Saturday instead. It’s one of three weeks where wrestling will be moved to another timeslot because of basketball. But it’s the only one that will see All Elite’s regular show on the air at the same time as a one of WWE NXT’s PPV cards.

Here’s what AEW announced for their Aug. 22 episode earlier tonight:

– The finals of “The Deadly Draw” Women’s Tag Team Tournament, pitting the winners of next Monday’s YouTube matches (Brandi Rhodes & Allie vs. Big & Lil Swole and Ivelisse & Diamante vs. Tay Conti & Anna Jay) against each other.

– Dark Order’s John Silver, Alex Reynolds & Alan Angels will be in action against The Elite trio of Kenny Omega & The Young Bucks.

– Darby Allin will be in action.