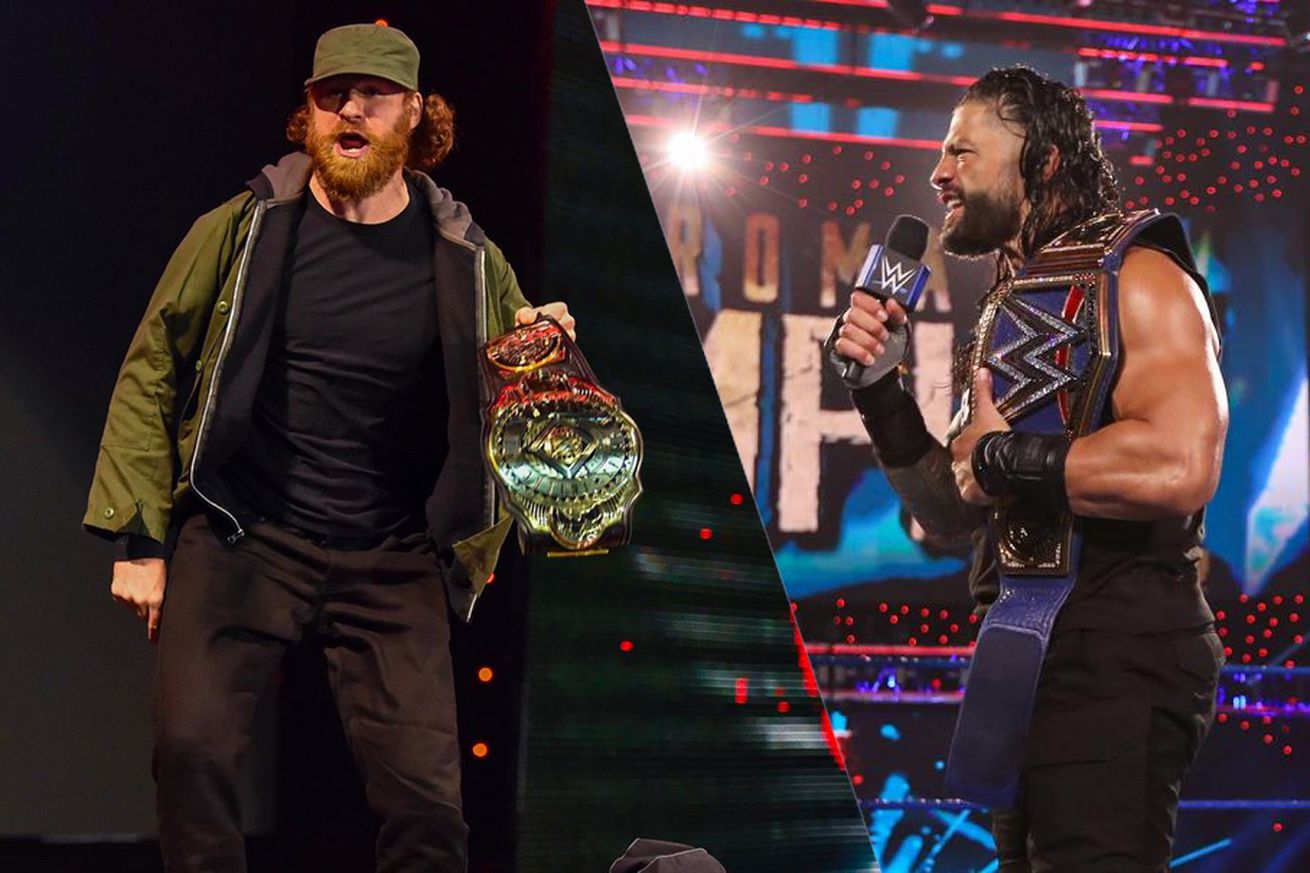 WWE’s continued willful ignorance of the pandemic is not sitting well with our no-longer-roving reporter.

When you look out into the rows of THE WWE THUNDERDOME, you remember we’re living in absolutely terrible times. But going by the words of WWE, this is all just theatricality for our entertainment.

Or at least that’s the feeling I get when I hear recent returning superstars. When Roman Reigns — well, technically, Paul Heyman spoke on his behalf — came out and had his exodus and return explained, why he was gone. And his explanation may have sounded like it was tied to COVID-19, but it wasn’t.

Heyman said, “Don’t make fools of yourselves, … pointing your accusatory fingers at me for corrupting him, for I assure you, it’s him corrupting me. What happened to the thank yous, and the appreciation? For all the selfish executive decisions through life threatening illnesses, this man delivered.”

To parse those words directly, Heyman is talking about Roman working through his fight against leukemia. While they talked about Roman getting replaced by Braun at WrestleMania 36, they never said why he left.

But that’s not WWE’s most glaring omission. Ever since Sami Zayn returned, he’s been questioned left and right about why he left. From Nakamura and Cesaro, to interviewers backstage, everyone wants some explanation, like Sami’s going to say he was busy with his second family.

But since we know they’re all living in the same reality we are — the WWE’s kayfabe does not include COVID-19, but we know they’re actors — there’s this weird vibe I get from all of Sami’s interactions. It’s as is the company is shaming him for taking that time off.

Maybe it’s all a misdirect, and he wins the Intercontinental title at CLASH OF CHAMPIONS: GOLD RUSH and has a good, long and solid reign. Zayn’s main roster history doesn’t suggest it will happen, but the way WWE is treating the pandemic and COVID-19 like it doesn’t exist is just going to get them in trouble in the end.

Because this week was the latest example of how WWE’s handling of the pandemic is not good. I’ve argued up and down that wrestling should not be happening during COVID-19 — only the NBA with its bubble has truly figured this out, even AEW has had positive tests — and thankfully we’ve only heard about wrestlers recovering from COVID.

But if — and I swear I hope this does not happen — a WWE employee’s health is permanently tarred, or even dies from this disease, the company’s game of pretend will no longer be them trying to put smiles on our faces, it will define their negligence and irresponsibility.

Outbreaks like one we’ve been learning about over the last 24 hours have led to WWE statements about how they’ve addressing the disease behind-the-scenes, but a large portion of their audience doesn’t follow anything but the kayfabe world on their screens. What if everyone saw wrestling’s largest larger-than-life characters recognizing the disease the world world is dealing with this year?

I don’t think they’ll change any time soon, and pro wrestling often thrives when it’s insulting our intelligence, but it would be fantastic if WWE started to ground its content in reality. And, no, I’m not talking about Slapjack, T-Bar, Mace and whatever names they’re going to give Mia Yim and Mercedes Martinez.

Admittedly, WWE finally acknowledging the pandemic would probably make Sami Zayn the hero on screen that he is in my mind and heart. And that’s as unlikely as anything.

What did Sasha Banks do on The Mandalorian this week?