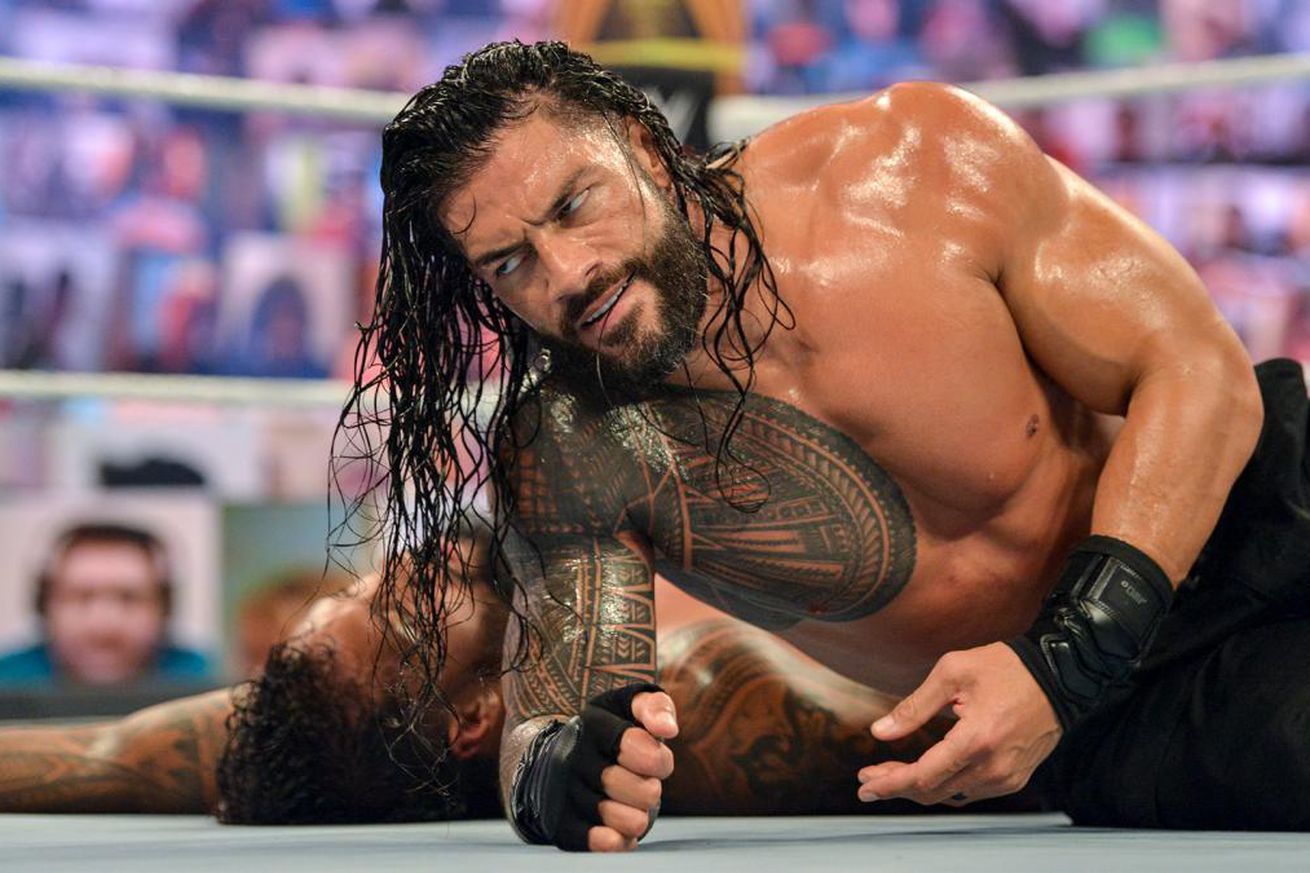 WWE SmackDown returns tonight (Oct. 2) from the Amway Center in Orlando, Florida. It is the fallout show from last Sunday’s Clash of Champions pay-per-view (PPV). The next PPV is Hell in a Cell on Oct. 25.

Roman Reigns is on a different level right now.

He’s only been back to WWE for about a month now, but it’s not hard to argue that he’s already doing some of the best work of his career. His new villainous side is something that could elevate Roman to where WWE always wanted for him.

The Big Dog was very good before he left. His in-ring work had been consistently good for years. Creative stopped trying to always frame him as the underdog babyface and he was doing well. He was overall in a good spot.

But he still didn’t feel like “the next guy.” If you were to list the top guys, you’d confidently say “Austin, Rock, Cena… I guess Roman?” But really, there was no one who felt right in the spot, including Roman. Much of that is because of the way WWE has shifted how they promote the business, making their focus the brand instead of a single superstar. Another is the certain subset of fans that was going to reject Reigns no matter how good he was coupled with WWE’s stubbornness to only present him as a top babyface. Whatever the reason, he may have been a top guy in WWE now, but felt a step below top guys of the past.

This new version of Reigns feels like he could conceivably be the name listed after Cena. No doubt a month of this version of Roman is too early to really make that claim. But after watching what they’ve done the last five weeks, it’s not outrageous to think it.

This is a brand new character for Reigns but he already is owning it completely. He’s not a caricature of villain. There’s layers to it, involving his desire to support his entire family and be the man that no one else can be in WWE. The storytelling regarding Roman and Jey Uso the last month has been fantastic, culminating with an uncomfortable scene at Clash of Champions that cemented the fact that Tribal Chief is someone we’ve never seen before.

Roman’s feud with his cousin was must see. We can imagine it’ll only get better when the challengers become stronger.

Plenty could derail this strong start for the new Roman. Creative could start messing it up. The newness of it all could wear off and fans could grow tired of it. Injury or COVID could derail plans. But if Roman is free to continue this caliber of work as champion for a good while, if it remains ‘must see’ like it has, it will definitely elevate his standing to the true top guy.

We’ll see if he can continue his roll as he’s officially crowned Tribal Chief tonight.

Bayley’s SmackDown Women’s championship challenger Nikki Cross was not cleared to compete at Clash. Instead, the champ faced Asuka, who she used a chair on to end the match in disqualification. But the real story was Sasha Banks returning to achieve a modicum of revenge on her former best friend. Expect this to find its way inside Hell in a Cell.

Sami Zayn won the ladder match to become Intercontinental champion on Sunday. He’ll probably never shut up about it. Jeff Hardy will have a chance to silence the Liberator when he gets a rematch tonight.

The tag team scene on SmackDown is very thin, leaving Cesaro and Shinsuke Nakamura without challengers for their SmackDown tag team championships. Heavy Machinery is the only obvious babyface team, but they’re dealing with Miz & John Morrison right now.

The Women’s tag team champions never had their match at the pay-per-view. Rumor has it that’s tied into the most recent COVID outbreak in WWE. When they return, they’ll certainly be going back to that Raw feud to deal with the Riott Squad before showing back up on SmackDown.

– Kevin Owens is bring the KO Show to SmackDown to try to get to the bottom of what’s going on with Alexa Bliss and the Fiend’s influence over her.

– Big E wasn’t on the show last week, but still needs to get his hands on Sheamus.

– Last week, Tucker found a loophole in the legal paperwork saying that Otis couldn’t attack Miz. (He could attack John Morrison.) But no resolution came of Otis being forced to choose between his Money in the Bank briefcase and getting sued by the Miz.

What will you be looking forward when SmackDown returns tonight at 8 ET on Fox?

Another reminder Sting is a free agent