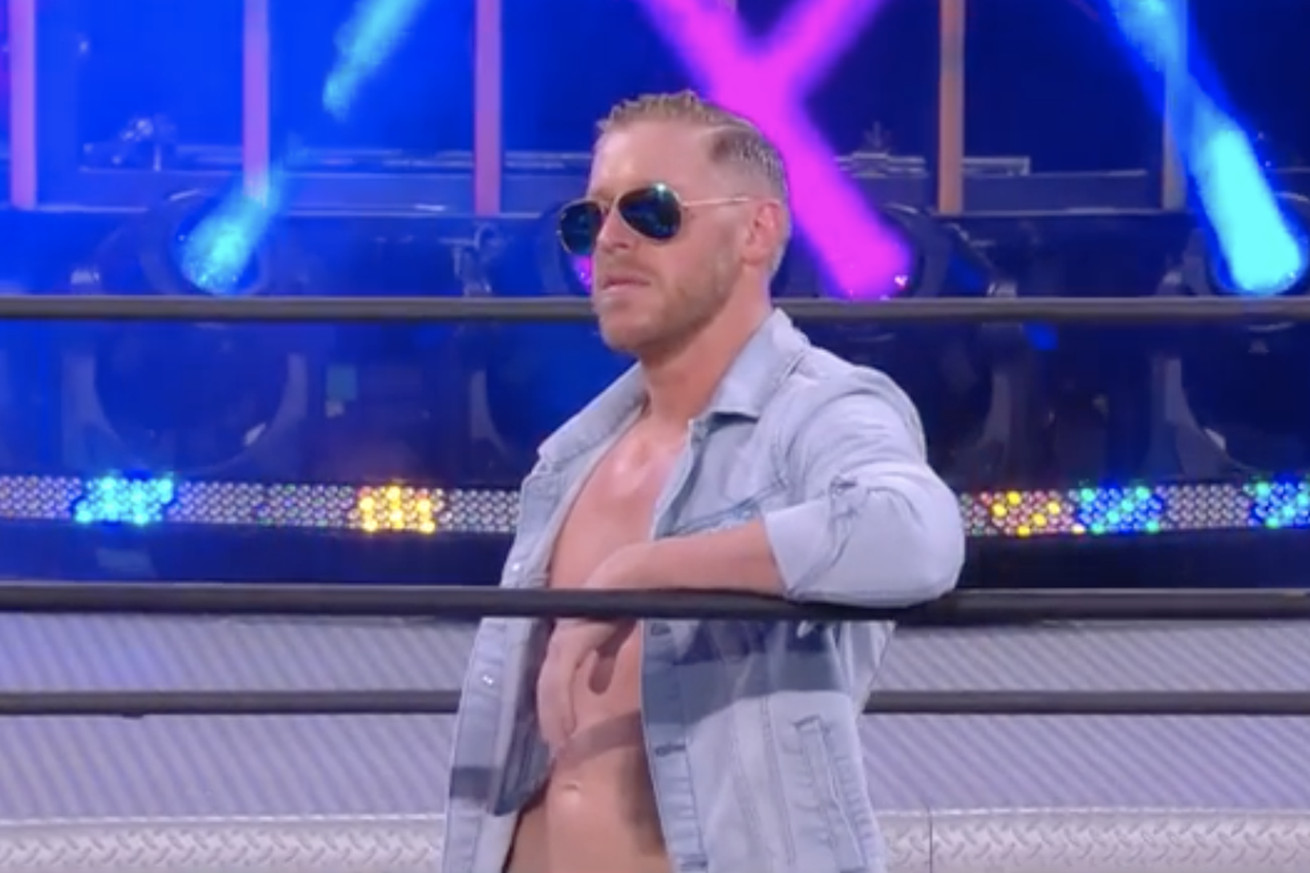 One of the four title fights on AEW’s anniversary episode of Dynamite this coming Wednesday (Oct. 14) will be Cody Rhodes versus Orange Cassidy. After Cody redeemed himself against Mr. Brodie Lee in a dog collar match, the new TNT champ went back to offering an open challenge. The man to answer is looking for his first championship in AEW, but Cody has other plans to dish out a different first in Cassidy’s AEW career.

During Coach’s Corner, Arn Anderson praised Cody for coming back after the vicious beating at the hands of Mr. Brodie Lee. As for Cassidy, Arn doesn’t know how to plan for sloth style, so he doesn’t think he will.

There’s no time for rest as the title will be on the line, this WEDNESDAY October 14th as part of the #AEWDynamite Anniversary at 8/7c on @tntdrama pic.twitter.com/fJ3e6BMq3B

AEW is back to bleeping out the Rhodes name when preceded by Cody. It reminds me of that Jimmy Kimmel gimmick where they censor clean words to make it sound dirty. In this case, “Next week, we’re going to get to see Cody (bleep) Orange Cassidy.” Oh, you know what saucy word crossed my mind.

Even though Arn isn’t game planning, that hasn’t stopped Cody from doing the work in film study. He noticed a very peculiar thing about Cassidy’s matches in AEW.

Looking forward to Wednesday’s Anniversary show, and I intend no disrespect…especially considering @orangecassidy was able to hand a legend like Jericho a loss

BUT in @AEW history he has NEVER locked-up. Literally. Never done a collar & elbow

I am going to force him to do so pic.twitter.com/03CALMYbdQ

Cody plans to give Cassidy his first collar & elbow lock-up with force. Sign me up to see that if Cody starts giving OC the business in an old school ragdoll manner. It’s actually a smart strategy. Cassidy excels when given space to operate. Closing the distance and grinding Orange to a pulp is an efficient path to victory for Cody.

Do you think Cody’s idea will help him win? Or do you think that will play into Cassidy’s hands (assuming they aren’t in his pockets) with his unique style?

Are you cheering for Lana yet?

Who got the best Survivor Series codename?