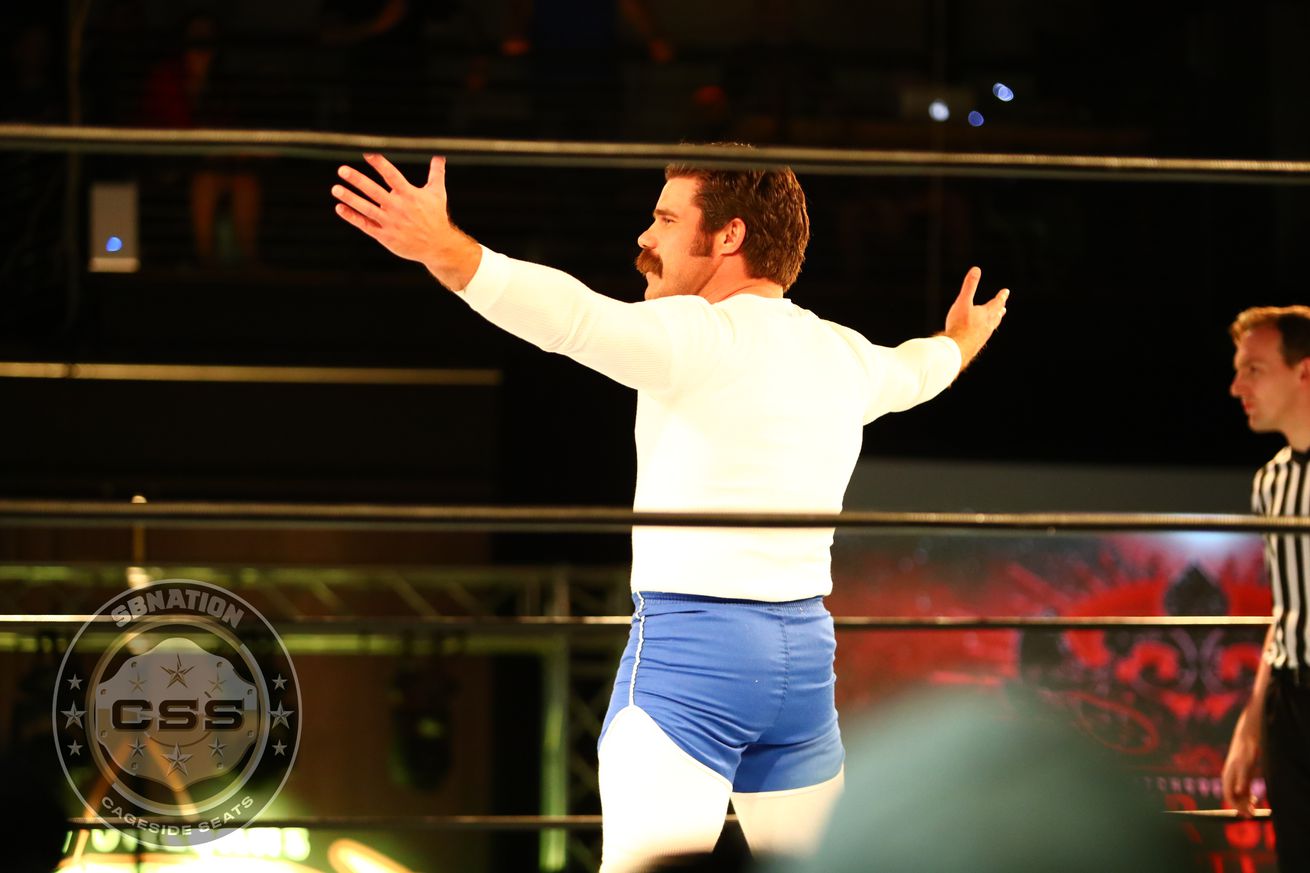 Joseph Meehan, who most of us knew under his gimmick name Joey Ryan, has been keeping his lawyers busy since being the subject of a litany of #SpeakingOut stories this summer and subsequently losing his wrestling career.

According to PWInsider, who first reported the breach of contract suit in the headline, Meehan has filed six total cases related to the sexual misconduct allegations made against him this year. Until now, those have all been against his accusers, seeking punitive damages for the millions of dollars in revenue he claims to have lost because of by their statements, which he asserts were false or inaccurate.

Cageside Seats made an editorial decision to not cover those lawsuits, for two reasons:

Now he’s suing one of the handful of promotions with a national television contract, though, and that’s more in our purview as a blog that covers as much major pro wrestling news as we can. So here goes.

This suit, filed in Nashville on Sept. 24, doesn’t focus on the accusations per se. Instead it’s claiming that Impact’s parent company Anthem didn’t follow the mechanisms required by Meehan’s contract for warning, reprimanding, and terminating his employment. His suit alleges Anthem “failed to perform as guaranteed in the express language of the Contract by failing to follow and abide by the terms prescribed in Article VIII. Term and Termination.”

This portion of Article VIII is included in the filing obtained by Insider:

(g) Wrestler commits any act with Promoter believes, in its reasonable business judgment, would damage Wrestler’s or Promoter’s reputation and/or that of its affiliate, licensees, or assigns or otherwise damages the value or integrity of the Programs, the Works or the Merchandise of which could subject Wrestler to criminal prosecution;

(h) Wrestler commits any act (other than in character in accordance with direction provided to Wrestler by Promoter’s Creative team) which places or could place Wrestler or Promoter (or any of its affiliates) in a patently negative light; or

(i) Any instance of a violation for which Wrestler has already received a warning, reprimand or notification therof [sic], provided, however, that in the case of a breach under paragraphs (a), (b), (f), (g),or (h), Promoter shall provide Wrestler with written notice of breach and a 5 day cure period. If the Wrestler is unable to cure such breach after the expiration of the foregoing cure period despite the exercise of diligent efforts to cure same, then the Parties shall make good faith efforts for a period of not less than thirty (30) days to work together in good faith to resolve the matter, failing which Promoter shall be entitled to terminate this Agreement upon the expiry of such additional thirty (30) day period. In the event of the suspension and/or termination of the Term of this Agreement (or promoter’s obligations hereunder) Promoter shall have no further obligation to Wrestler hereunder (during such suspension and/or following such termination, as applicable) subject only to Promoter’s obligation to pay royalties and to compensate Wrestler for services fully performers prior to the date of termination. Promoter shall not be deemed to be in breach of any of its obligations under this Agreement unless and until Promoter shall have received written notice from Wrestler (specifying in detail the alleged breach and making specific reference to this paragraph and shall have failed to cure such alleged breach within thirty (30) days thereof.

Meehan’s contract ran through August of 2021. Impact released him on June 22, 2020. He’s asking the court to award him $10 million for breach of contract, in addition to legal fees and other “relief”.

Anthem has until next Saturday (Oct. 24) to respond. The company did not reply to requests for comment from numerous sites.