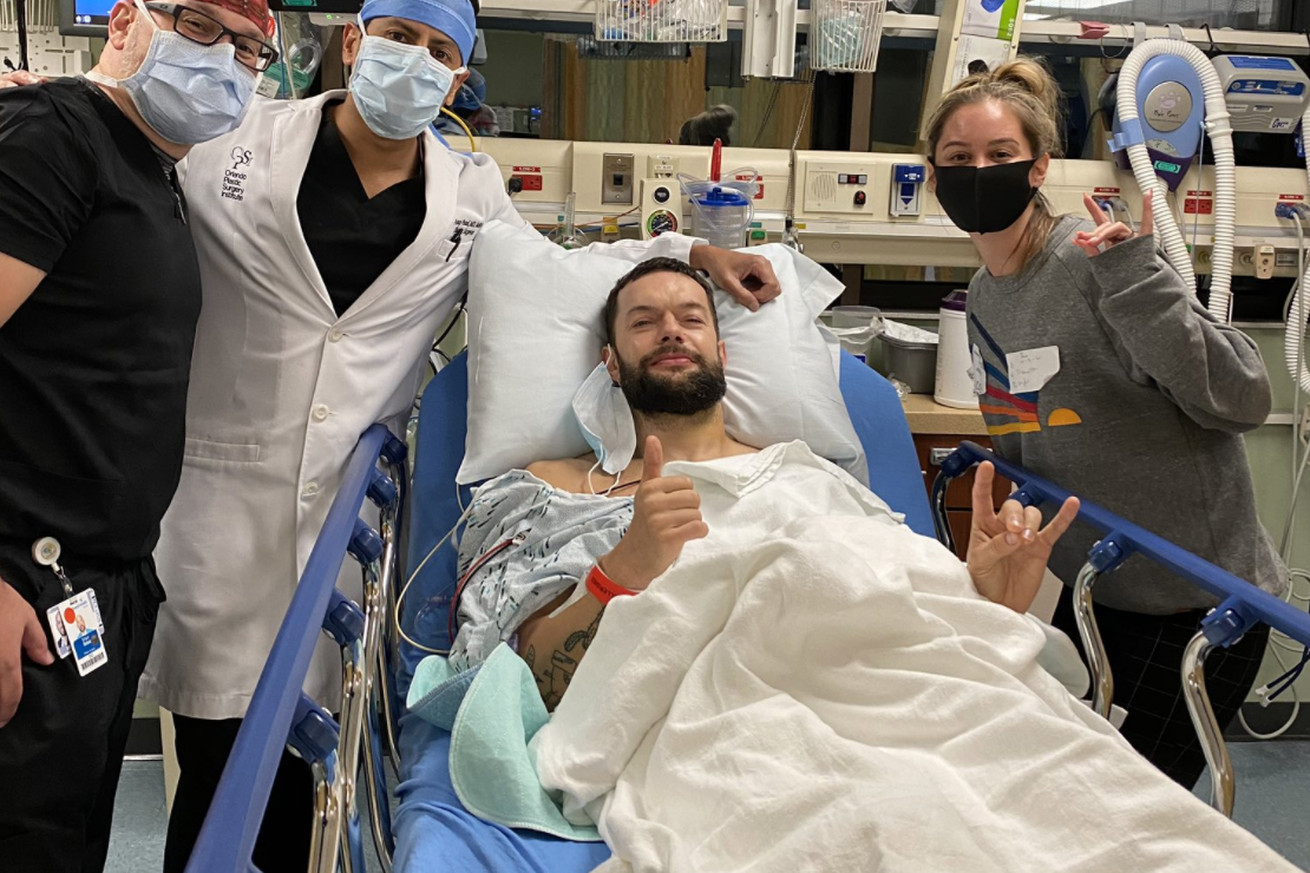 NXT returns tonight (Oct. 14) from the Capitol Wrestling Center in Orlando, Florida. We are two weeks removed from TakeOver 31.

1) How long will they need to work around Finn’s injury?

Both Kyle O’Reilly and Finn Bálor left the TakeOver 31 main event rather banged up. In fact, the champion fractured his jaw in two places. While there is rumor they may be overstating the severity of it, he’s going to miss at least a little bit of time. He only just had the surgery for it.

After a handful of short reigns, with Keith Lee’s cut short due to his call up and then Karrion Kross relinquishing the title right after winning it due to a shoulder injury, NXT is going to do all they can to make sure they don’t have to strip Finn of the title. If that means booking two months of shows without their champion wrestling, they’ll do that.

How do they pull that off though? A show without its top star will feel lacking. So they’ll have to figure out a way to have him represented, and even lay the groundworks for his next feud. Unfortunately, a jaw injury could mean he won’t be able to speak too much, so asking him to cut promos to help sell a future program may not be an option.

2) Is the “Who attacked Cole” story completely over?

Speaking of injuries, last week’s NXT saw a devastating one for Ridge Holland. The big man was to catch Oney Lorcan’s splash but his legs buckled. The injury report was not pretty. He dislocated and broke his left ankle while dislocating his patella and tearing the patellar tendon on the right.

Obviously, this type of injury is terrible for the man. That’s the most important thing. It also forces creative to tear up yet another script. The former Rugby player was a big role in a story with Adam Cole, who was attacked by Holland. The big man implied last week that he got paid for that.

Is there still enough there for NXT to continue with the story even without Ridge? Will we still learn who paid off the big man? Or was Holland too vital to the story for them to try to salvage it?

3) Is Mercedes coming back?

We thought Mercedes Martinez’s time in NXT was done. She lost a big cage match against Rhea Ripley and the next thing we knew, she was Retaliation in the RETRIBUTION stable.

But then suddenly, she wasn’t. Suddenly, Mia Yim (Reckoning) was the only woman in the group. Word was Mercedes was out and returning to NXT. That’s great news for all fans of NXT.

I would have been happy even if she stayed on Raw and SmackDown but as Mercedes Martinez and working with the women up there. They probably need her more. But as someone who watches NXT every Wednesday, I’ll be glad to see her as part of such a talented women’s division.

We’ll keep an eye out to see if she joins the scene with Rhea Ripley, Toni Storm, Ember Moon, & Io Shirai.

4) What is Indi Hartwell after?

Last week, Indi Hartwell left a new television for the Garganos, replacing the one that broke when things got tense with Tegan Nox and Candice LeRae weeks back. Included in that gift was a USB of a video that highlighted how often Hartwell aided LeRae in the battle royal that the Poison Pixie ended up winning.

It’s obvious that Indi is after something when it comes to Johnny and Candice. Is she looking to partner with LeRae, possibly to help elevate herself with the help the First Couple of NXT?

With the Women’s tag team titles normally on Mondays or Fridays, this isn’t a move that is going to lead to tag gold. But Indi is rather new while Johnny and Candice are established. Given Hartwell seems like someone who doesn’t let scruples get in the way of what she wants, she could easily accept the Gargano Way to help elevate her own career.

I just want to use this space to remind everyone how superb the tag music for Killian Dain and Drake Maverick is.

We’ll see if we get any answers to these questions tonight at 8 PM ET on USA Network.