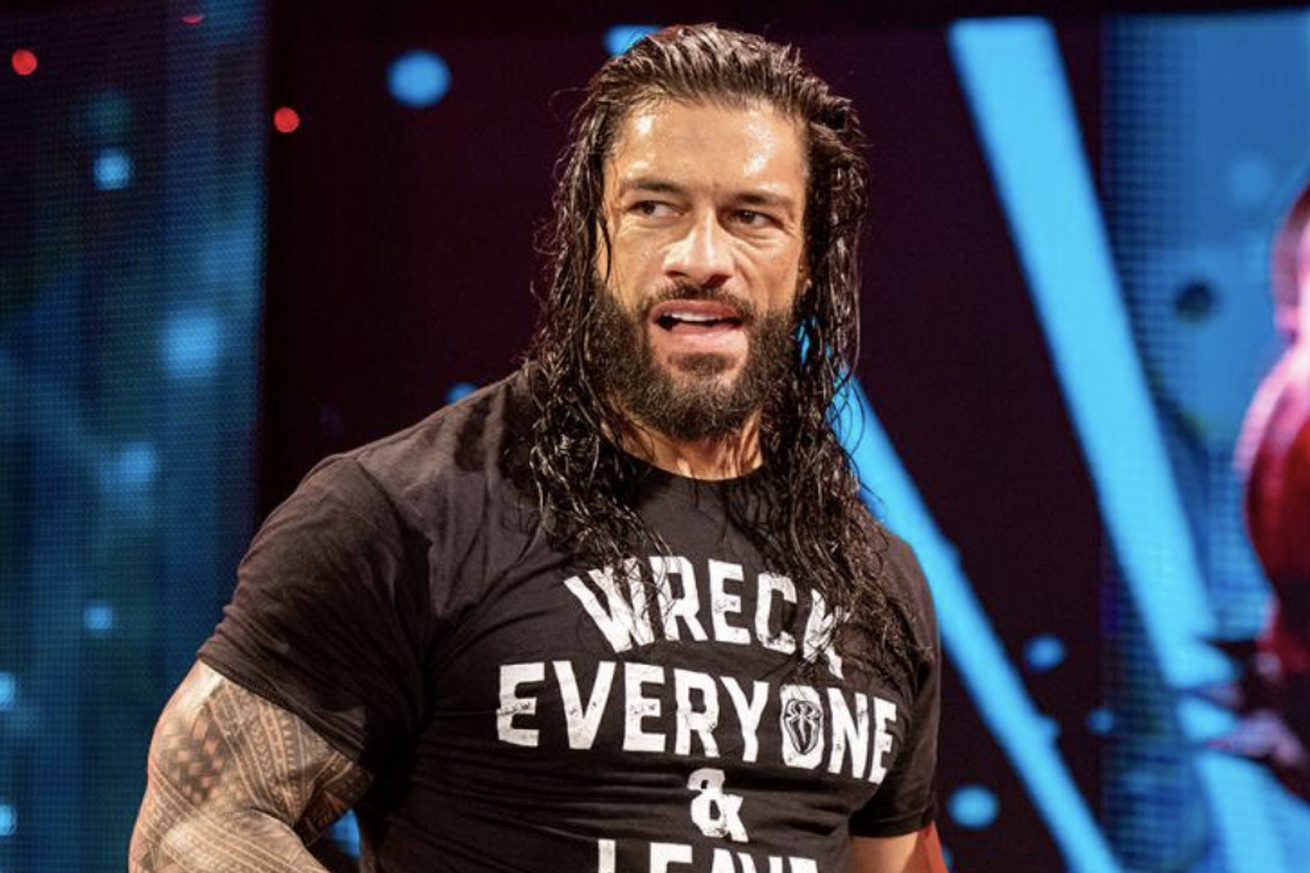 If you were a Cageside regular in the latter half of 2018, you know we had a lot of posts which were essentially just one of us (usually yours truly) marking out about something Becky Lynch tweeted or said.

Some folks agreed these were worthy of a pop. Others accused us of stanning The Man. For my part, I can only say that I have no regrets.

You’re probably asking… why are we talking about this? Well… I think we’re about to start treating the Tribal Chief Roman Reigns the same way. We may already be doing it, but it took me a second to realize it because, well… it’s Roman Reigns. The staff here was never anti-Big Dog, but we also didn’t write a ton of stuff about how perfect everything about his presentation was.

What a difference a year – and a change of attitude – makes.

Here’s Reigns smacking down Braun Strowman for getting upset about his comments on ESPN regarding their SmackDown match tonight (Oct. 16), and trying to play the “Roman’s been handed everything in this business” card…

Doesn’t sound like a monster to me. Sounds like a little crowd pandering puppet. Don’t worry about my bloodline. When I’m done with you tomorrow night on #SmackDown live, none of your family will ever want to join this business. https://t.co/C7iSkoVHtR

And here he is destroying Fox Sports’ Ryan Satin for getting excited the Universal champ liked his interview with his consigliere, Paul Heyman…

Let’s be very clear, you did nothing in this interview to contribute to me liking this tweet. As a matter of fact, all you did, was creep me out with that “behind the camera face” of yours. https://t.co/eZ1SWhqpzt

Okay, that’s it… for now. See you back here tomorrow with another one (probably not kidding).