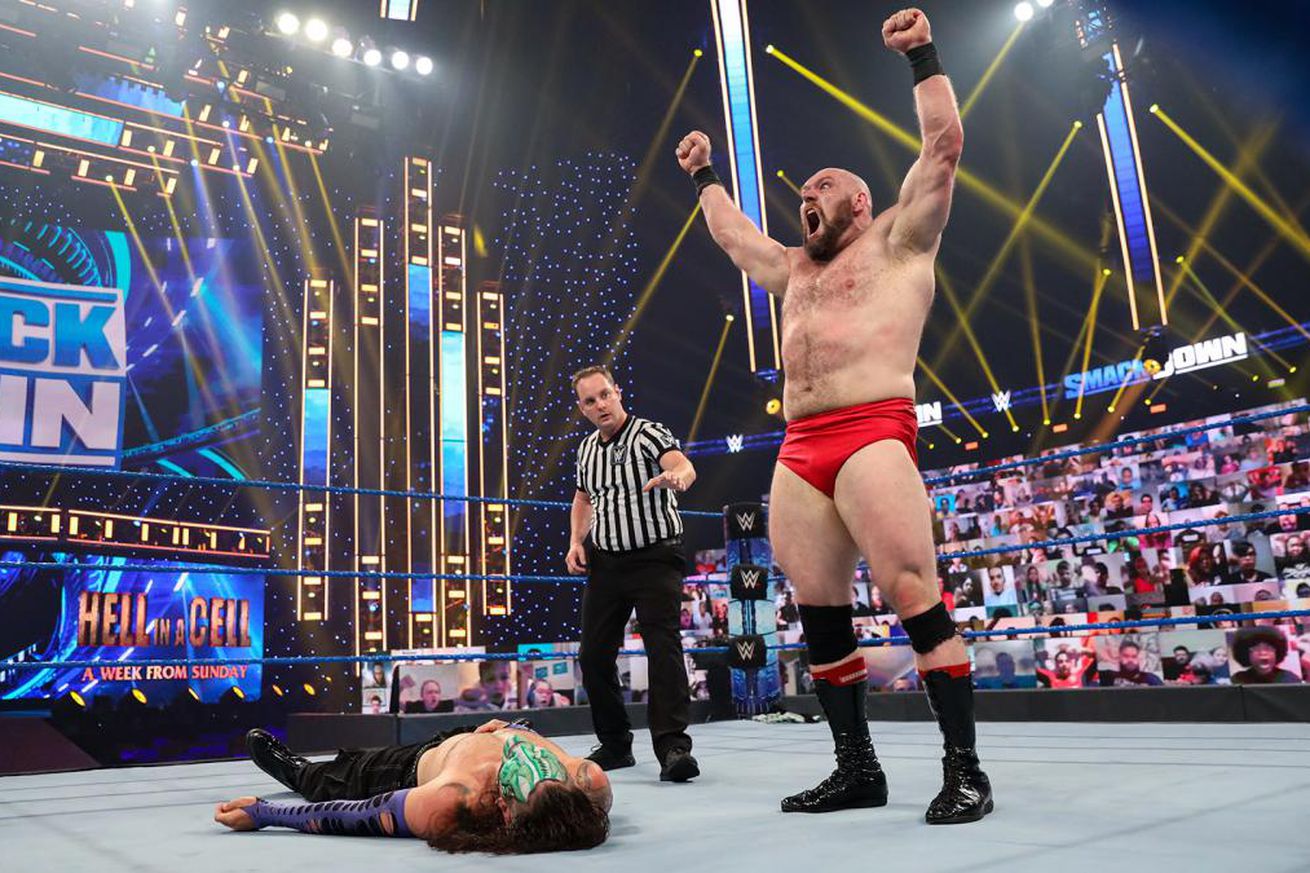 In this weekly series, we identify three Superstars (or groups of Superstars) who are on their way up, and three that are moving in the opposite direction. After a busy week that included night two of the 2020 WWE Draft, New Day’s farewell match, and Lana winning a Battle Royal in the main event of Raw, a lot of fortunes were changed.

It was strange to see Elias’ name pop up in the official draft pools for both night one and night two of the WWE Draft, considering he has been off television due to injury. His status was clarified on this week’s (Oct. 12) episode of Raw when he returned by attacking Jeff Hardy with a guitar, and then defied logic by getting a better draft slot than the Intercontinental champion, Sami Zayn.

Daniel Bryan returned to WWE (Oct. 16) this week for the season premiere of SmackDown on FOX. He immediately got involved in Seth Rollins’ story with the Mysterio family, which WWE apparently thinks is one of the hottest angles going today. Bryan sent Rollins packing, and is a clear top of the card babyface option on Friday nights going forward.

Lars Sullivan returned to WWE on night one of the WWE Draft, and this week he was booked to annihilate anyone in his path on both the Raw and SmackDown broadcasts. Apollo Crews got a bad case of SmackDown déjà vu when Lars single-handedly tossed him and Shorty G around the ring last night. After that brawl, Sullivan then destroyed Jeff Hardy in a singles match.

There are plenty of reasons why Sullivan’s presence could be a huge turnoff for fans, and rumors suggest the locker room isn’t too keen on him either. But Vince McMahon’s opinion is the only one that matters in WWE; this booking makes it clear that McMahon is going to give Sullivan a big push, whether you like it or not.

Stock Down #3: Mickie James, Zelina Vega, and the Riott Squad

James, Vega and the Riott Squad all challenged for women’s championships over the last month, and they all came up short. Night two of the WWE Draft showed that being a number one contender doesn’t mean much, because Lana won a Battle Royal Vega, Ruby Riott, and Liv Morgan were not selected on the televised portion of the draft. Even Titus O’Neil, who never gets television time, was chosen ahead of them.

The Riott Squad members were at least picked by SmackDown during an additional draft round after the show, and Zelina Vega signed with the blue brand as a free agent, but Mickie James remains in limbo. I wonder if Nick Aldis has any theories about that.

We’ve gone three consecutive Mondays without Raw Underground, and it looks like that won’t change any time soon. As a result, everyone associated with Shane McMahon’s underground fight club has lost one path to television time. Dabba-Kato might come out of this okay because he’s a very large man and was actually drafted, but folks like Arturo Ruas and Riddick Moss are probably screwed.

Night two of the WWE Draft was a nightmare for Andrade. First he lost a quick match against his former tag team partner, Angel Garza. Afterwards, Andrade was laid out by The Fiend. Finally, Andrade was never drafted, not even on the supplemental draft round.

So, Andrade was treated like low card fodder on Raw and then went undrafted like someone who doesn’t have any value. His draft fate was somewhat predictable, but it was still quite stunning to watch the former NXT champion go completely ignored. Rumors suggest that Andrade will be out of action for the next month, so we might have to wait a little bit before we see what’s next for him.