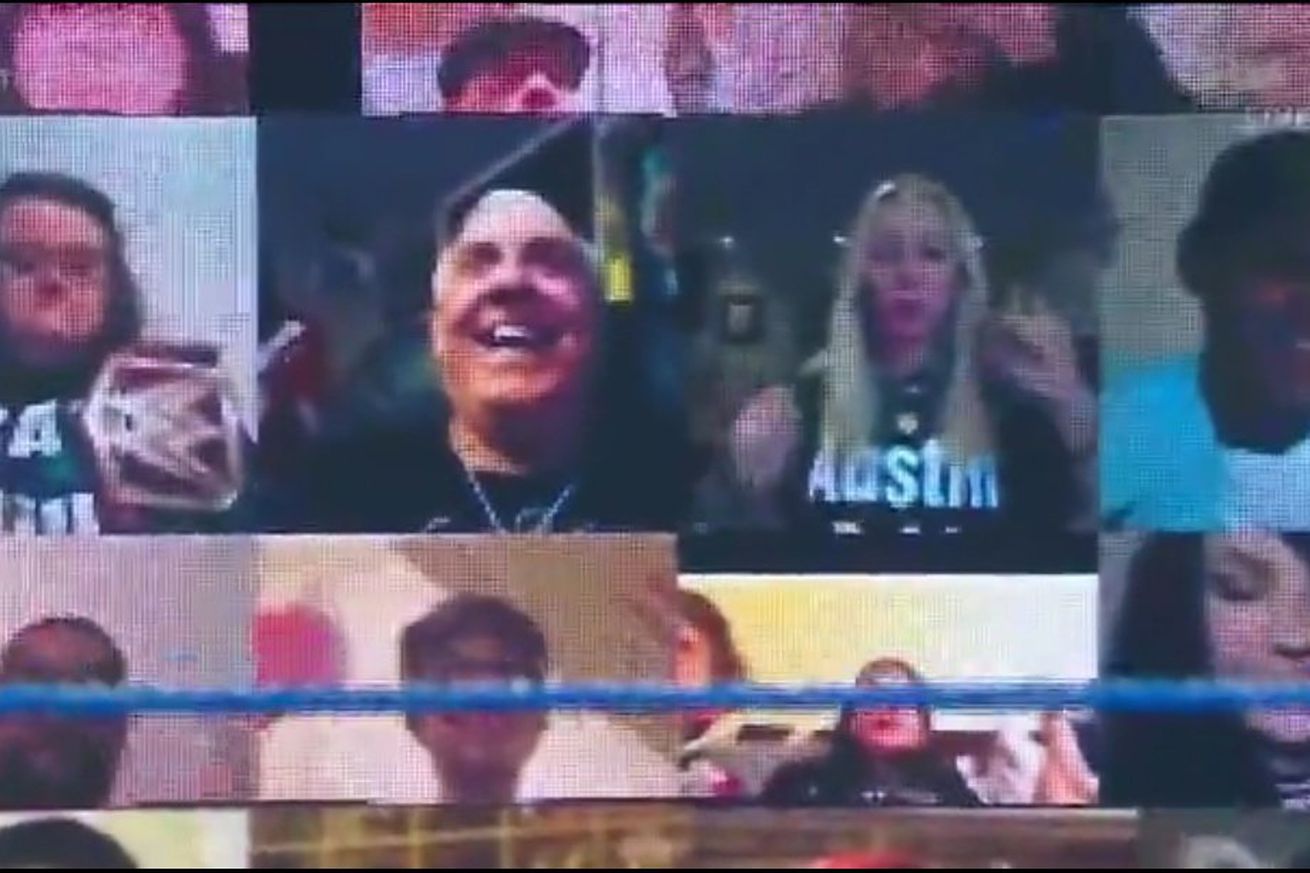 If you want to “attend” a WWE event these days (and aren’t a friend or family member of someone who works at Capitol Wrestling Center), you need to hook-up your web cam and reserve a spot on ThunderDome’s video wall.

That’s just what these folks did last night (Oct. 16) for SmackDown’s season premiere…

Goldberg promised to keep an eye on the Roman Reigns/Braun Strowman Universal title match. Hopefully he enjoyed watching the Tribal Chief send Strowman off to Raw with a major ass whoopin’, and give his cousin Jey a Superman Punch to close the show.

Keith Lee’s not a Hall of Famer, but he was scouting Braun ahead of their match on Monday night, too. Another member of Vince McMahon’s club did, though. Lee superfan Mark Henry caught some action (along with former 24/7 champ Rob Stone).

Ric Flair Zoom-ed in for the Tag title match. Probably wanted to peep Robert Roode’s entrance and make sure his robe game is still the strongest in the company.

Brie Bella had somebody watch Birdie & Buddy for a few minutes so she could virtually stand by her man.

And Double J still has enough stroke to get in, if only for a Lars Sullivan match.

Did we miss anyone? Let us know in the comments.