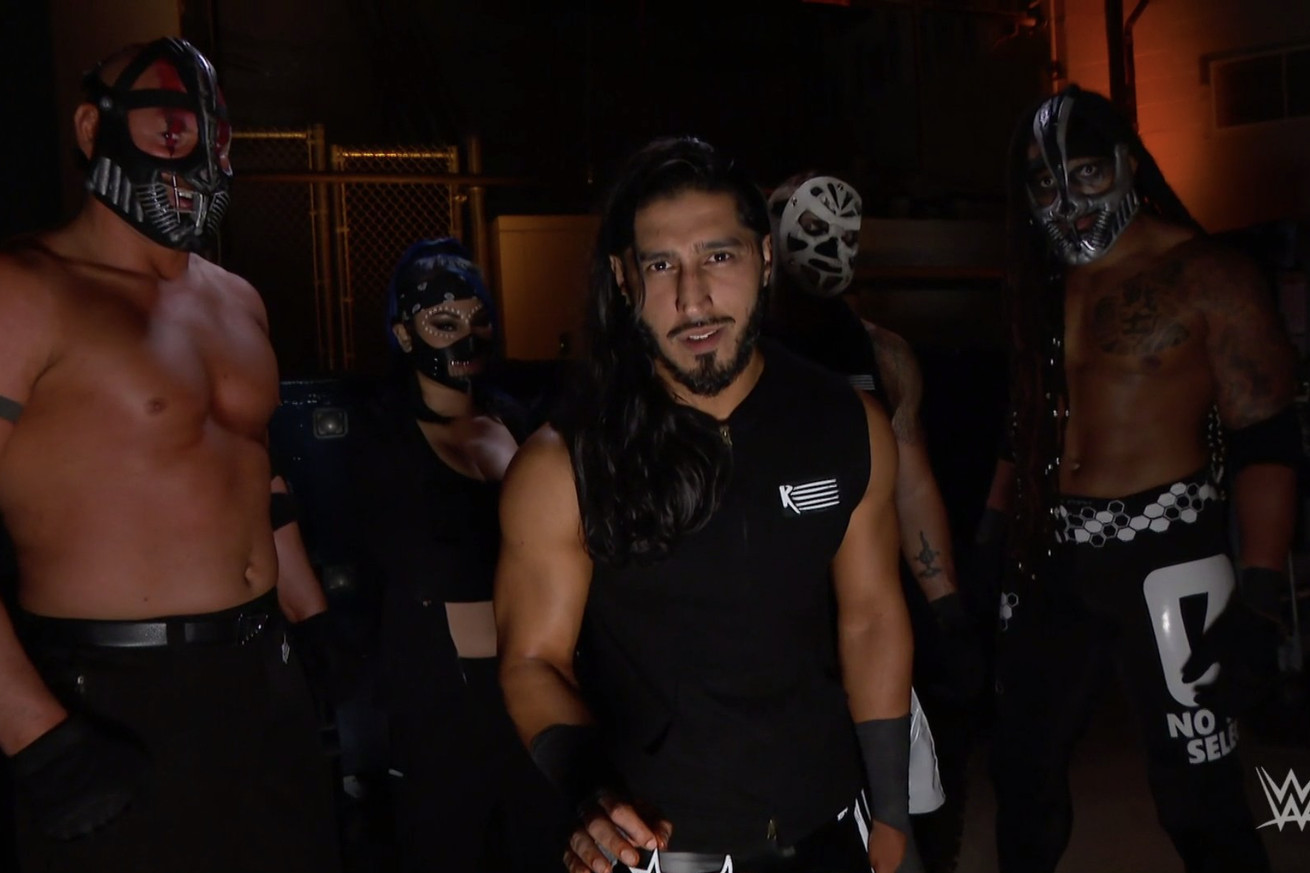 It was Ali, dear reader. It was Ali all along!

“That mysterious hacker over on #SmackDown … that was me. And I did it because I want the entire world to know that THIS sick place is infecting everyone with GREED and CORRUPTION!”

RETRIBUTION started off this week’s episode of Monday Night Raw by getting their ass handed to them, first by The Hurt Business and then by The Fiend. In Bray Wyatt’s case, he single-handedly beat up the entire group all by his lonesome.

They lost their first match, and then lost a 1-v-4. What a way to put the band of chaotic troublemakers over, huh?

Later, Mustafa Ali cut the above promo where he revealed that they just need to create some more chaos and he’s really good at that. All he needs is a laptop or a cell phone. If that made you think of the mysterio SmackDown hacker who was exposing people and causing trouble as a sort of privacy invading vigilante, you aren’t the only one.

Sure enough, Ali he was the hacker all along.

Back to your regularly scheduled chaos with a side of defeat.