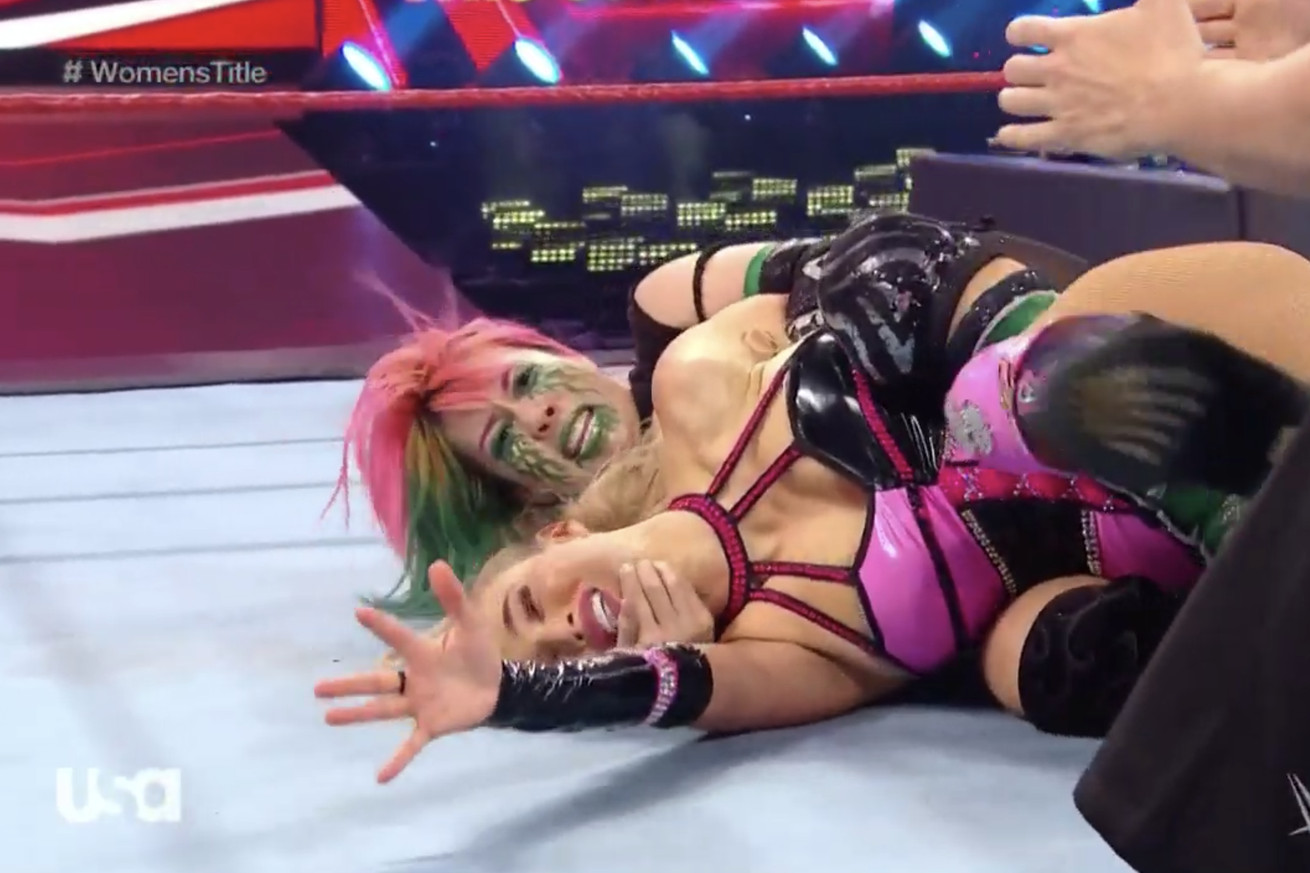 Lana won a battle royal last week by getting beaten up and forgotten about until sneaking back in and scoring the final elimination when Natalya, her former partner, had her back turned. That win, the manner in which he scored it, and the fact that, well, she’s Lana, combined to give little hope she would defeat Asuka to win the Raw women’s championship on this week’s episode of Monday Night Raw.

In fact, the champion spent the week leading up to the match straight up laughing at her challenger.

You won’t be surprised to learn she had good reason for doing so.

Lana got very little offense in and was quickly submitted in the middle of the ring. To add injury to insult, Nia Jax showed up and put her through the announce desk with a Samoan Drop for like the fifth time in recent memory.

The women’s tag team champions, Jax and Shayna Baszler, mixed it up with Asuka and that became the story just as quickly as Lana was forgotten about at ringside.

Get complete Raw results and coverage of this week’s show here.