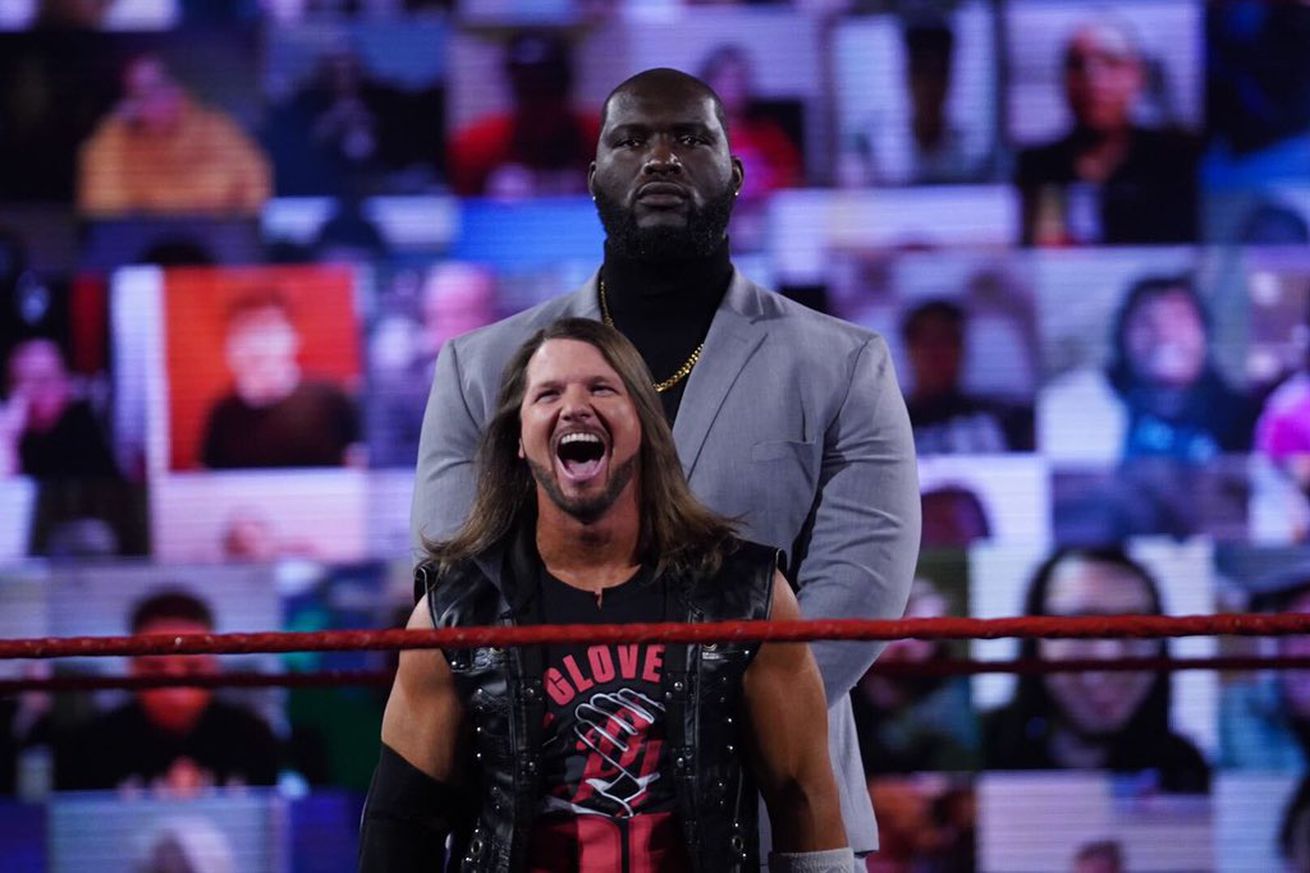 There is no officiating when this man’s around.#WWERaw @AJStylesOrg pic.twitter.com/rgKuVHgR4K

All it took was a clenched fist from the 7’ 3” Omogbehin to send Matt Riddle scurrying right into an enziguri and Styles Clash, so the partnership is already paying dividends for the Phenomenal One.

But why does a two-time WWE champ and future Hall of Famer need back-up? Even at 43 years old, Styles is still on most people’s short list of best wrestlers in the world. This seems like something a guy like Miz, or Baron Corbin could use, but AJ Styles?

It may not be necessary for AJ to play a chicken$#!+ heel. But he’s great at it, so why not? He definitely nailed this post-show interview, where Sarah Schrieber tries and mostly fails to find out about his new “friend”:

“There’s a lot things he doesn’t like that I’m not gonna tell you about. Could be a problem for a lot of people around here.”