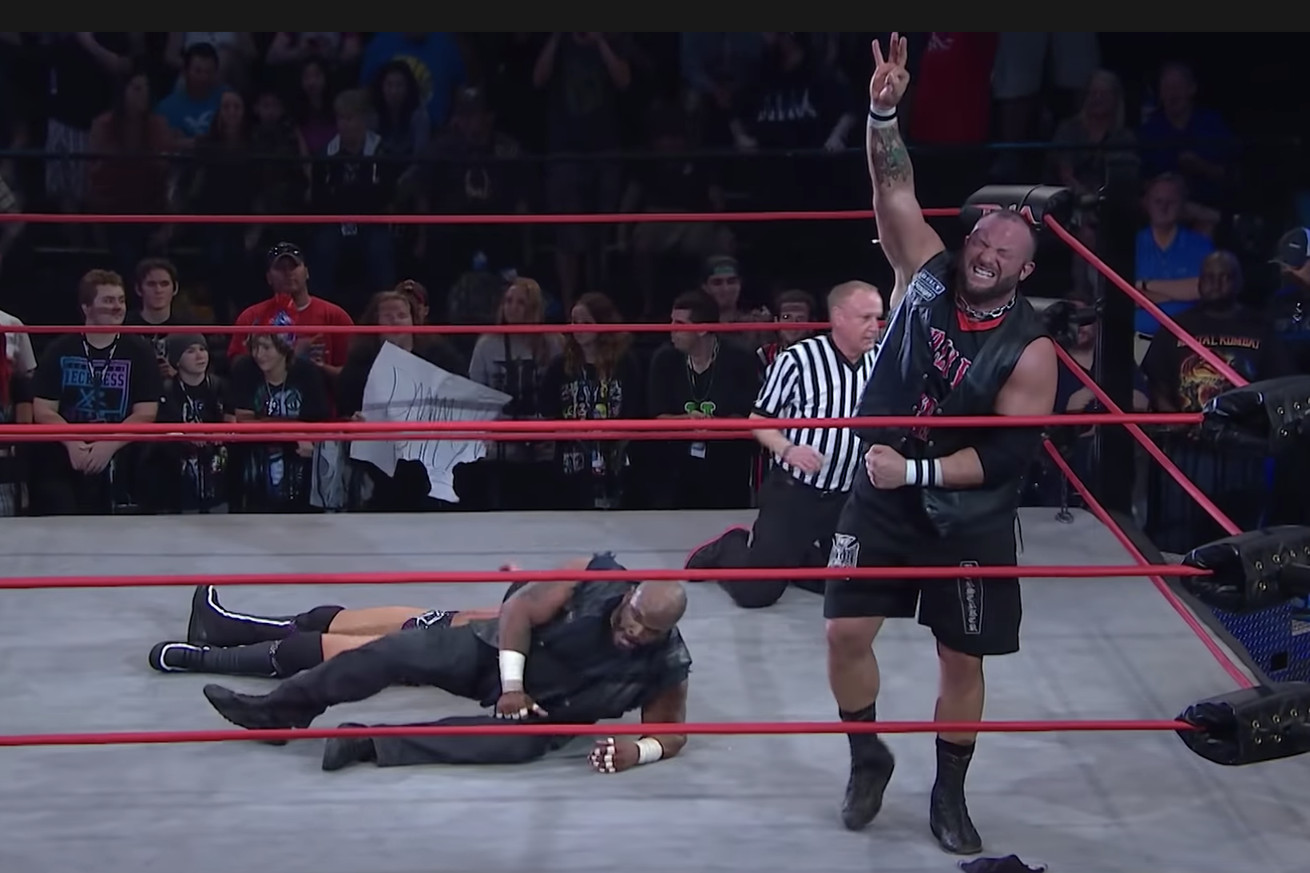 My takeaway is beware of a flying Guerrero. Hector’s stomp through a table was classic.

Impact’s Knockouts tag tournament kicks off next week. There are eight slots to fill, but not enough teams on the roster.

Rosemary and Taya are a strong pick as long as one of them doesn’t get arrested for shooting John E. Bravo with a gun, but I’m riding with Hogan and Steelz to take home gold. They are devious and vicious.

Do you agree with Impact’s list for greatest tag tournament moments? Who would you like see fill out the Knockouts tournament? Who are you picking to win?