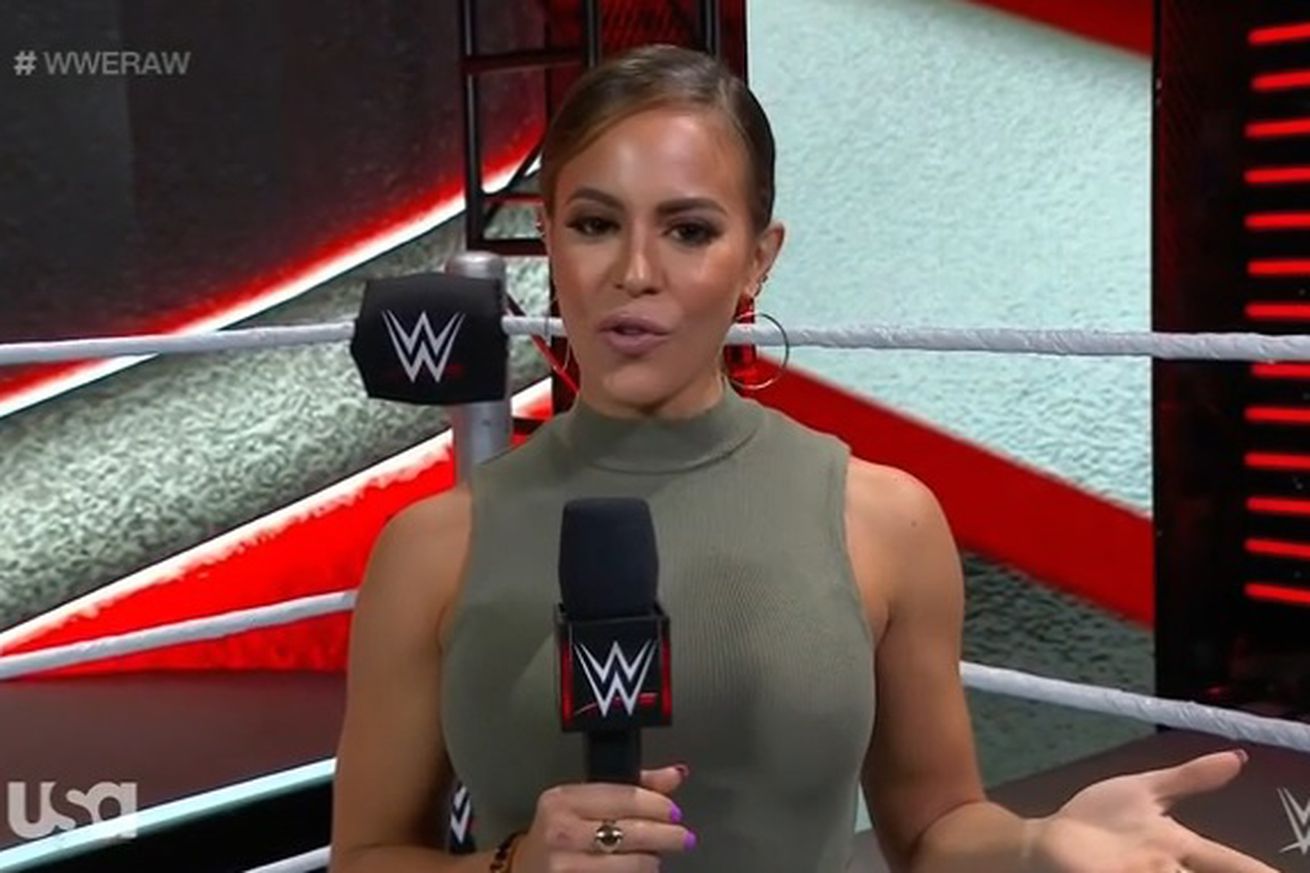 Angel Garza is a stunningly gorgeous man who is not shy about ripping his pants off and using his irresistible sex appeal in order to melt my heart stand out from the pack in WWE. Garza’s charm was regularly on display during his interviews with Charly Caruso on Raw this summer, where there was always some heated flirting going on, much to the chagrin of Garza’s manager, Zelina Vega.

Unfortunately, the relationship between Garza, Vega, and Andrade was quickly dismantled and discarded during the WWE draft. Garza was drafted to Raw, Vega signed with SmackDown, and Andrade was ignored by both brands.

Garza remains on the same brand with Caruso, but don’t get your hopes up about a continuing romance between them. A fan on Twitter noted that WWE is known for frequently stopping storylines at random, and was wondering what’s going on with Caruso and Garza. Caruso responded and acknowledged that the storyline appears to be dropped:

It’s not all gloom and doom, Cagesiders. After all, a randomly stopped storyline can also be randomly re-started at any point, like we just saw with Mustafa Ali recently revealing that he was the SmackDown mystery hacker from earlier this year.

What’s the probability that Garza is never interviewed again by Caruso on either Raw or Raw Talk? That the romance between Caruso and Garza appears to be on hold right now is probably related to the fact that Garza is lost in the shuffle at the moment on Monday nights; he doesn’t really have a storyline right now. Once that changes, it’s only a matter of time before he and Caruso are flirting again.

At least that’s what I’m choosing to believe. Let me know in the comments below what you think is going on here.