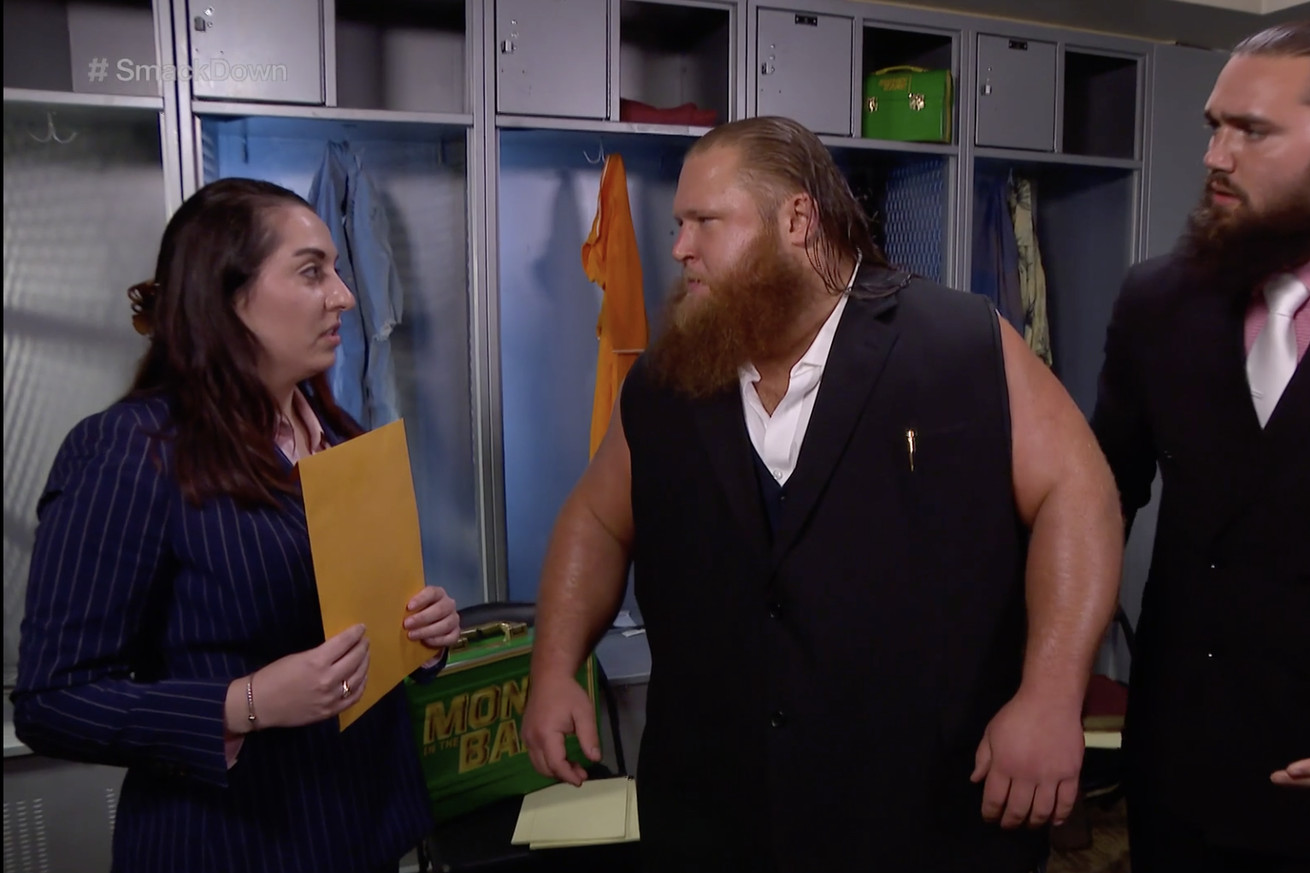 Miz’s lawsuit for the Money in the Bank briefcase finally gets its day in court on the Oct. 23 SmackDown.

Mr. Money in the Bank Otis stayed on SmackDown in the recent WWE Draft. But everyone else from his storyline was moved to Raw. They’ve managed to work that into the angle, with Miz claiming he pulled strings to get Tucker & Mandy Rose Drafted to the red brand. But it still poses a problem.

It’s not a problem when you make up the rules as you go along though!

WWE’s announced Miz will be on SmackDown tonight (Oct. 23) to finally deliver a segment that was first promised weeks ago. It’s one they just had to call…

Tonight, Law & Otis takes the stand as The Workin’ Man Superstar heads to court set to defend his Money in the Bank contract in court against The Miz on FS1.

The Miz & John Morrison have schemed for weeks on how to take the coveted contract from the Heavy Machinery Superstar. The outspoken duo has attempted a number of heists, gotten Mandy Rose traded to Raw, and now resorted to legal action to try to pry the contract from Mr. Money in the Bank.

Following a continuance due to the turbulent events of the WWE Draft, don’t miss Otis representing himself in court as Law & Otis comes to Friday Night SmackDown at 8/7 C on FS1.

Sure, why not. As long as El Gran Gordo is still on Raw next week.