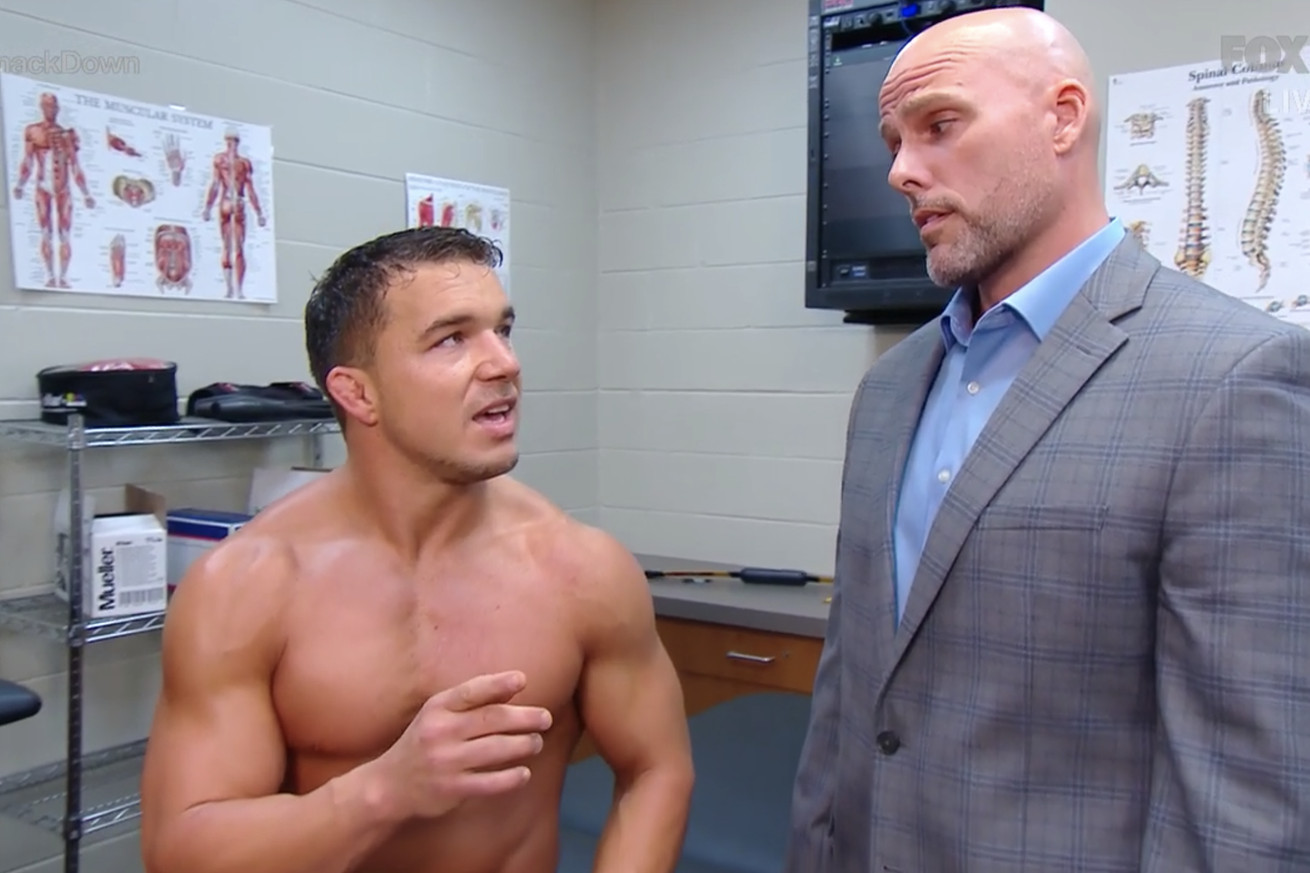 Shorty G was interviewed in the ring on Friday Night SmackDown this week, where he lamented his status within WWE, wondering how it could be that he wasn’t drafted to Monday Night Raw or Friday Night SmackDown. So here he was on the blue brand, calling out Lars Sullivan, trying to beat the biggest guy around to prove that he belongs.

He could not beat the biggest guy around. In fact, he couldn’t really even come close.

Sullivan beat him up and pinned him in the middle of the ring. He was interviewed again shortly after and decided he was done:

He didn’t actually quit, of course.

Instead, he’s doing away with the “Shorty G” moniker and going back to his true self, an Olympic wrestler with all the talent to succeed in a business like this.

We’ll see if this goes anywhere.

Get complete SmackDown results and coverage of this week’s show here.