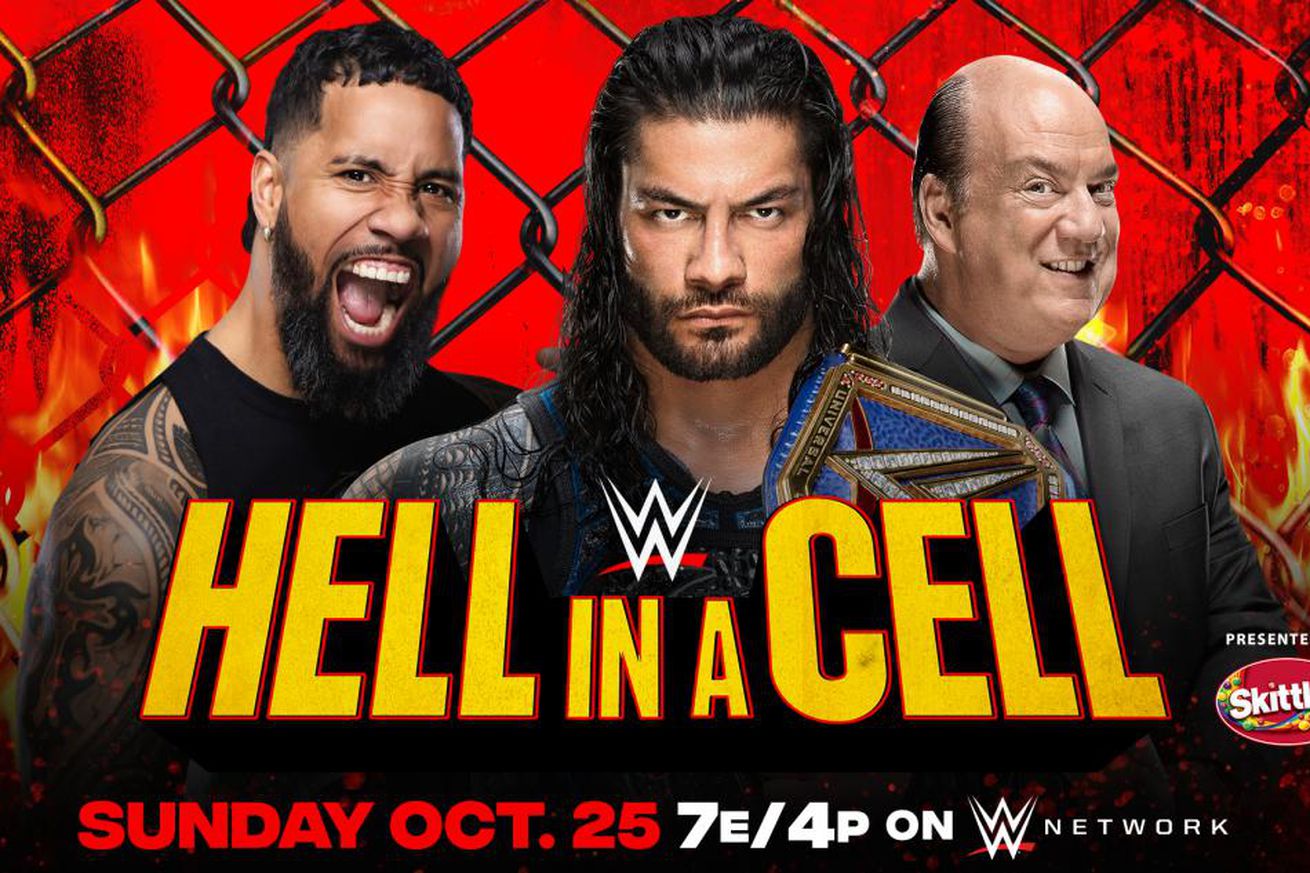 Hell in a Cell “I Quit” match for the Universal championship

Roman Reigns wasn’t satisfied with just beating Jey Uso last month at Clash of Champions. No, Reigns needed more than that. He needed his cousin to recognize Roman as the Tribal Chief and the man who sits at the head of the table. Uso was brutalized in the ring, but his spirit was not broken. He refused to submit to Reigns’ will and did not acknowledge him as the Tribal Chief. Jimmy Uso eventually had to throw in the towel to force an end to Roman’s onslaught of his own bloodline.

Reigns said it broke his heart to see Jey embarrass the entire family with his disrespectful behavior at Clash of Champions. All Roman wanted to do was elevate Jey into the main event payday and make things better for his career, and all Jey had to do was acknowledge him as the Tribal Chief. Instead, Jey’s eyes were greedily stuck on that Universal championship draped around Roman’s shoulder.

Therefore Reigns is giving Jey one more shot at the title, but it will be an “I Quit” match inside Hell in a Cell. And the match will have the highest stakes in WWE history: the Usos will be excommunicated from the family dynasty if they don’t fall in line after Roman makes Jey say the words “I Quit.”

Jey’s spirit could not be broken last month at Clash of Champions, so Roman has picked a stipulation to ensure that he gets exactly what he wants. Will Jey Uso find a way to force Roman to quit and take his Universal championship, or will Roman finally be acknowledged by his cousin as the Tribal Chief?

Find out who wins by tuning into Hell in a Cell 2020 and keeping it right here at Cageside Seats!