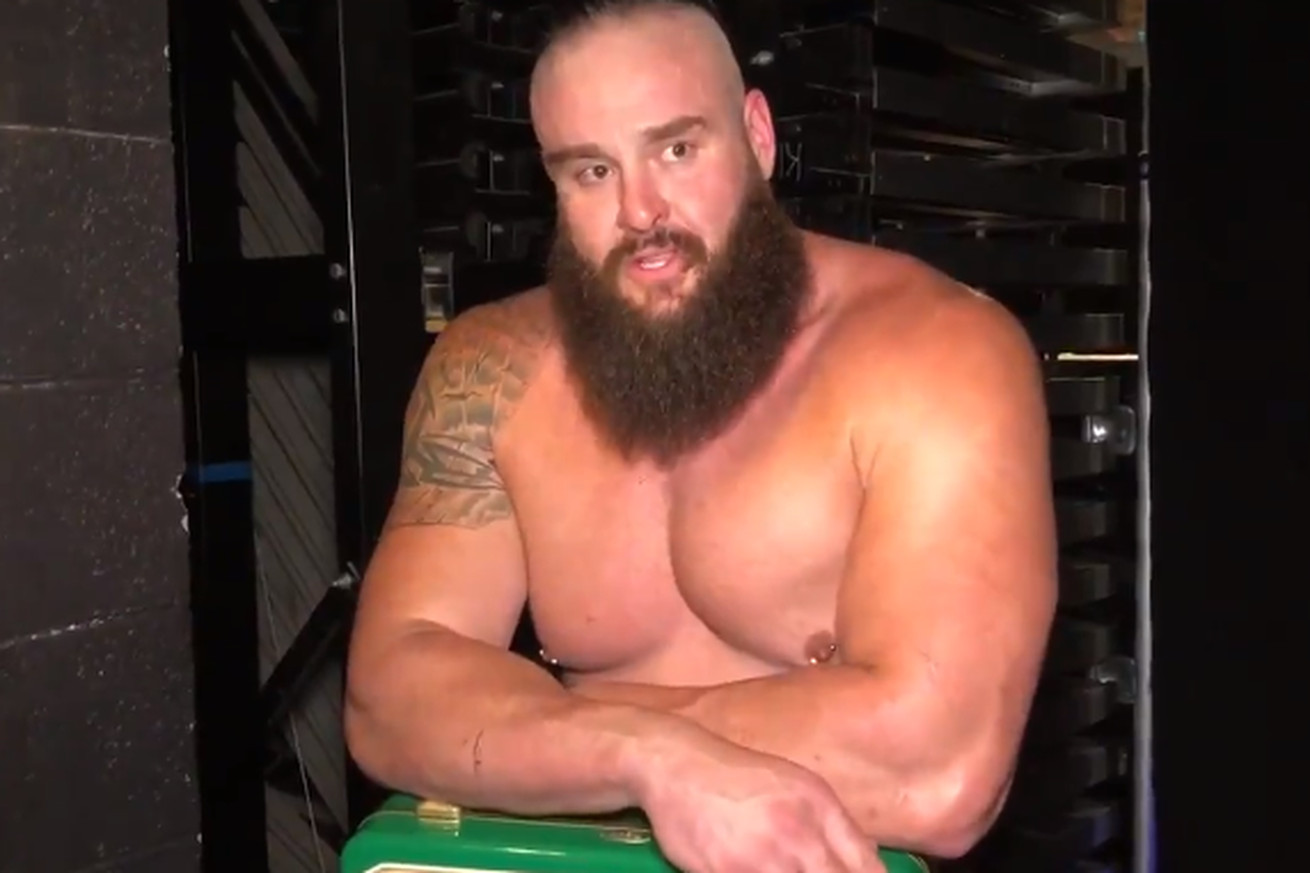 It wasn’t long ago that Aleister Black was sending out a perfectly put together message on mental health. Now, Braun Strowman is also speaking positively on it, from an appearance on Chasing Glory:

“When I talked about this in the documentary, how much people lean on not only me but all of the WWE Superstars, people that I work with, not even wrestlers, WWE Superstars, how much people lean on each other, and that’s that whole thing. When we work together, human beings work together, in a cohesive unit, we’re unstoppable. It’s just finding somebody that’s there, finding a friend, you know, reaching a hand out. And don’t be afraid to ask. Like, that was what I was so worried about for this long time. I play this big macho character and I’m 6’8’’… in real life I’m 6’8’’ and 350 pounds and this whole stigma of guys, these big men aren’t supposed to have emotions or whatever or aren’t supposed to think like that is hogwash. I mean, everybody goes through stuff and mental health is so not talked about and I feel like it should be because that’s one of the biggest problems with so much stuff that goes on with the craziness in the world and it’s just reaching out. Or knowing that someone’s going through something and you reach out and help them.”

This is a positive trend we can only hope continues.