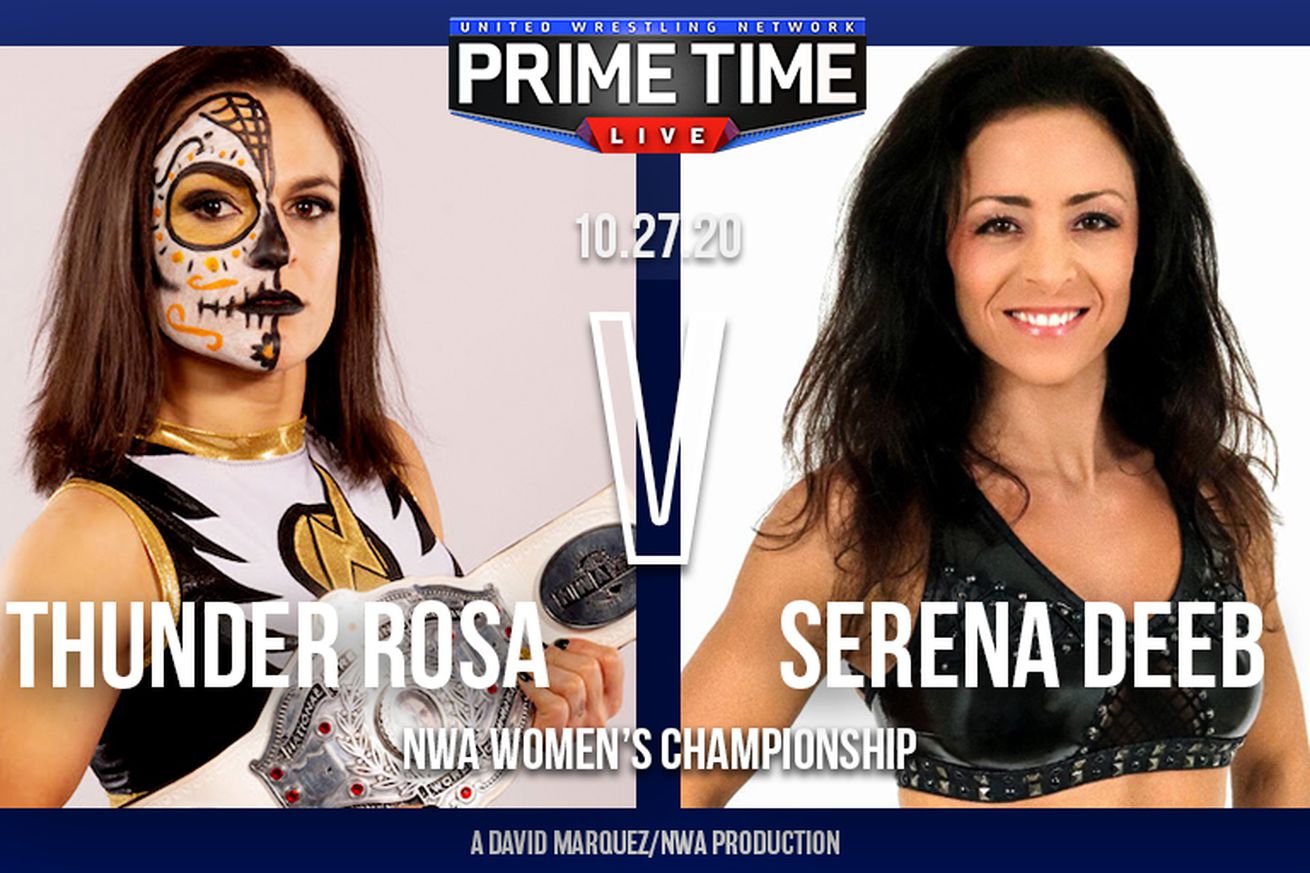 It also featured a somewhat surprising result. Despite Rosa seeming to be in control after a German Suplex and a knee strike, Deeb rolled her up to take the title.

[email protected] has just sent SHOCKWAVES through the #wrestling world!#AndNew!!!

AEW was quick to congratulate Serena, and book her first title defense for Dynamite tonight (Oct. 28).

This is obviously proof the partnership between Tony Khan’s AEW and Billy Corgan’s NWA is a healthy, ongoing one, with the latter promotion’s Women’s belt getting as much (if not more) time on television as the company’s own champion.

It’s also led to speculation about what this means for Thunder Rosa. The luchadora and mixed martial artist fueled that herself after PrimeTime Live with this since-deleted tweet:

The rumors stem from a tweet by Wrestling Observer’s Dave Meltzer, who says AEW and WWE are interested in the 34 year old from Tijuana. One would think that Rosa, who’s worked internationally & on the independents throughout her career, and who’s expressed an interest in continuing her nascent pro MMA career, would favor the freedom offered by Khan & company. But money talks, and WWE presumably would be willing to pay more for exclusive rights to her services. Plus, Rosa’s last run in AEW included some controversy with Ivelisse, who didn’t dispute the reports of an incident between the two or indicate any remorse about it while announcing she’d signed with All Elite.

Honestly, if I were her I’d take a long look at Impact. She’d get the freedom AEW provides at a company that places a greater emphasis on women’s wrestling, and where she’d run less of a risk of getting lost in the shuffle than she would in WWE. But the money would likely be less and the spotlight not as bright… it’s an interesting decision.

We’ll see what happens there. In the meantime, congrats to Deeb, a veteran with a good reputation who’s waited a long-time for an opportunity like this one.