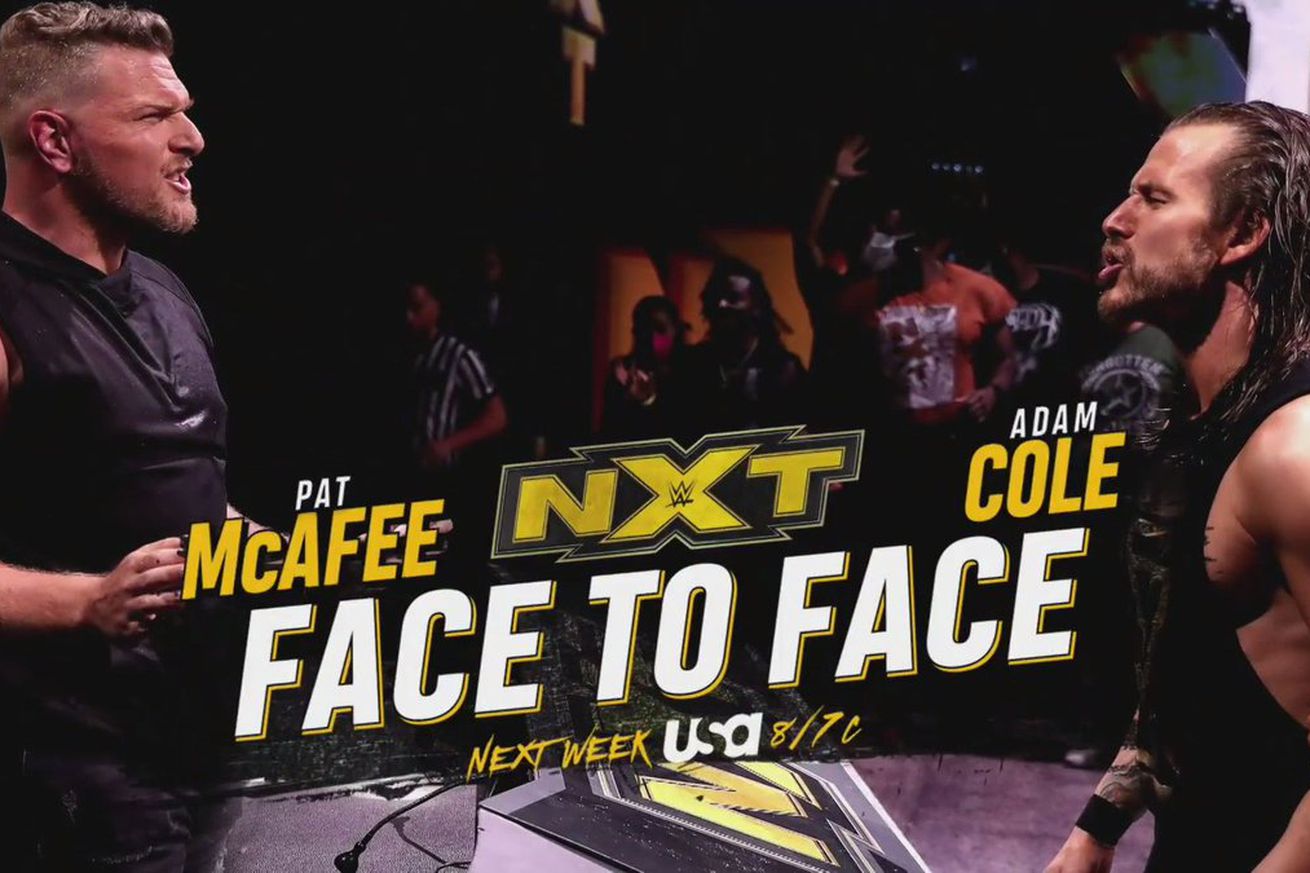 It’s a set of circumstances that line up nicely, as the black-and-gold brand has several big matches and segments lined up for the go home show.

– Adam Cole invited his TakeOver opponent Pat McAfee to the show, and McAfee accepted. They’ll be together for the first time since the former NFL All-Pro punted him unconscious on Aug. 5, and since their PPV bout was made official.

– There will be two “Last Chance” Qualifying matches to see who joins Cameron Grimes, Damian Priest, and Bronson Reed in TakeOver’s five man North American title Ladder Match. The men who weren’t pinned or submitted in the Triple Threat qualifiers face off, giving us Johnny Gargano vs. Ridge Holland and Finn Bálor vs. Velveteen Dream.

– The budding Cruiserweight title feud between champion Santos Escobar and Isaiah “Swerve” Scott and attacks on Fandango in retaliation for what Escobar said was Breezango disrespecting lucha libre give us a trios match between Legado Del Fantasma and Swerve, Dango & Tyler Breeze.

– Keith Lee (c) vs. Karrion Kross for the NXT championship

So look for at least two more to be made between now and Aug. 22.