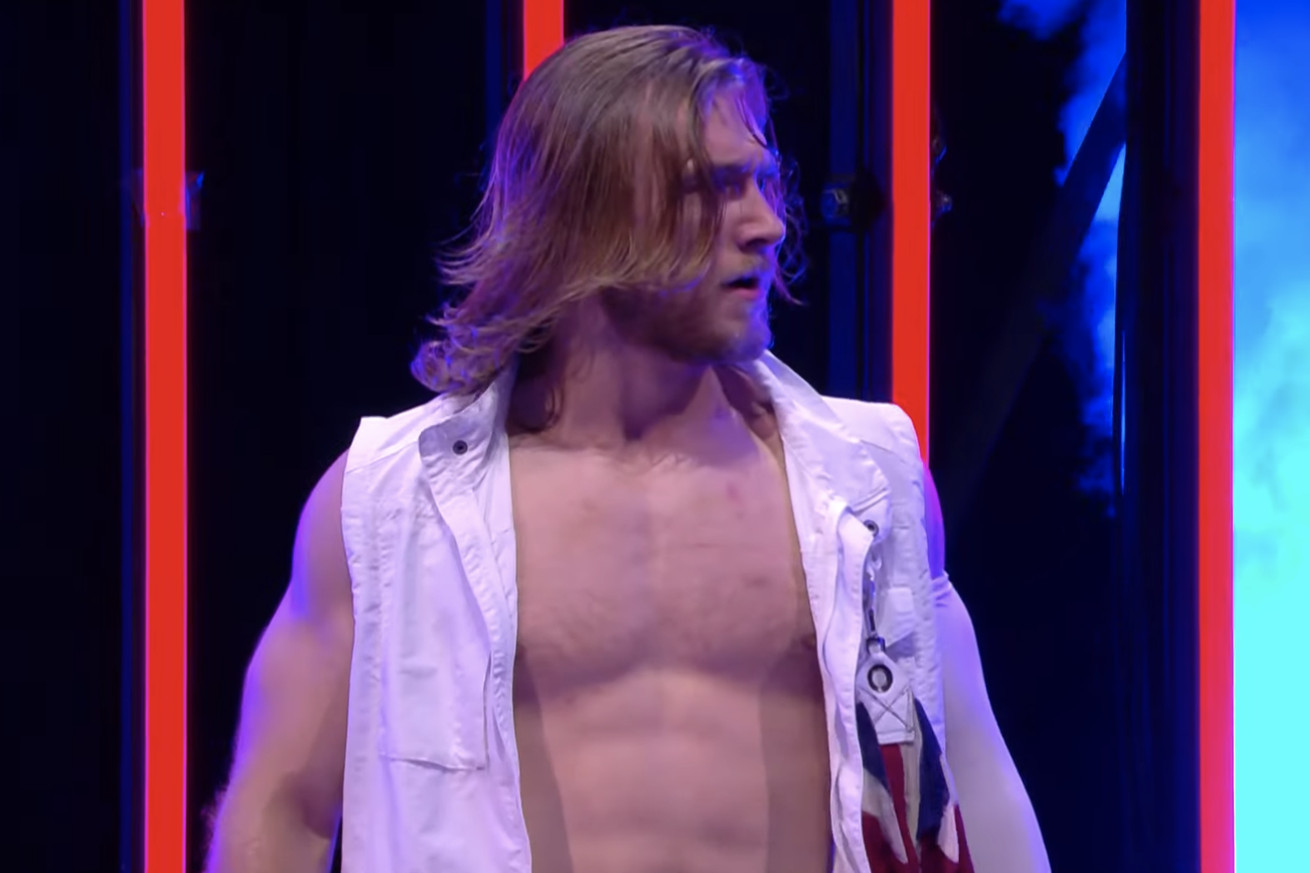 Episode 53 of AEW Dark featured the Kingston family wrecking fools, Ricky Starks and Will Hobbs doing work to get ready for their 6-man clash, and Ben Carter and Lee Johnson tearing the house down.

Here’s the lineup with ratings (watch, solid, okay, pass) on which matches are worth your time toward Dynamite:

This was one of the better episodes of Dark. Despite winners being obvious, the matches were still really good. Lee Johnson vs Ben Carter was the best contest. It was a firecracker of action and is worth watching to check out AEW’s newest star in Carter. Ricky Starks vs Christopher Daniels and Will Hobbs vs Serpentico are good matches to whet your appetite for Dynamite when Jon Moxley and Darby Allin team with Hobbs to fight Lance Archer and Team Taz in 6-man action. If you desire a quality women’s affair, look no further than KiLynn King vs Serena Deeb.

Excalibur teamed with Taz and Veda Scott to call the action. Justin Roberts was the ring announcer. Ricky Starks joined commentary for the second week in a row. He hopped in after his bout for the remainder of the broadcast.

Fuego had fire early on Grayson, but the bald man regrouped to dominate Lewis. Fuego broke up a Dark Order pin, so Grayson tossed Lewis into his corner for a tag. Grayson sought revenge and executed Fuego with a big jumping knee strike and a brutal backbreaker. Evil Uno cleaned it up with an inside-out Flatliner to win.

The contest began with back and forth mocking during mat control. Big moves were a swinging neckbreaker by Starks and a high collar T-bone suplex by Daniels. For the finish, Starks dodged a running corner attack. As CD stumbled back to the center of the ring, Starks shot off the ropes for a spear and victory.

Eddie Kingston was ringside. The meat men destroyed Stewart with an intense beatdown. Puf came in to clean house until Butcher knocked him on his keister with a flying crossbody. Butcher and Blade then finished with a teamwork suplex to backbreaker for success.

Will Hobbs vs Serpentico

Luther was ringside. He provided timely assistance on more than one occasion. Hobbs was in control with a couple of suplexes. That’s when Luther caused a distraction. Serpentico took advantage to knock Hobbs out of the ring. Luther put the boots to Hobbs then rammed him into the ring post. Serpentico got some licks in, but that ended when Hobbs caught him in the air. Luther hopped on the apron, so Hobbs clocked him. Serpentico ran the ropes right into a huge spinebuster for Hobbs to win.

Eddie Kingston was ringside once again. The Kingston Family continued with the intensity and desire to inflict pain. Fenix and Pentagon wrapped Stardom up in a ball and kicked him in the butt. An underdog flurry was stifled when Pentagon got his boots up on a flying Stardom. Pumphandle driver by Pentagon, but Smiley broke up the pin. Fenix blasted Smiley out of the ring with a missile dropkick. The Lucha Bros were victorious via teamwork piledriver on Stardom.

Competitive bout. The Dark Order took control with pump kicks and an over-the-top DDT to Ryzin. 5 and 10 were winners with a diving stomp to powerslam combo on Gold.

Janela burnt the house down on a hot tag. A corkscrew brainbuster and DDT from Janela set up Kiss to win on a flying leg split.

Colten Gunn was ringside. Billy did the tango with referee Aubrey Edwards before the bout. The father and son duo took care of business. Billy won with a Fame-Ass-er to Cruz.

Fresh off Deeb becoming All Elite, she picked up her first victory in AEW. The contest began with nifty counters and holds. Deeb build momentum with a variety of neckbreakers. King came back with kicks aplenty. King planned to attempt a German suplex, but Deeb countered into a front snapmare driving King’s head into the mat. Deeb quickly transitioned to snatch King’s leg and bang her knee down. Deeb secured a single crab submission. King was forced to tap out.

Get ready for the highlight reel. There were two sequences that were dope as heck. The first began with a superplex by Carter. He kept ahold for a second suplex, but Johnson countered into a roll-up. Carter kicked out, then both men exploded on each other with a double clothesline, double kip up, and double pump kick.

The second stupendous sequence began with Johnson climbing the corner. Carter pounced for a Spanish Fly. After crashing to the mat, he unloaded a kick to the face for good measure. Johnson was able to kick out of the pin. Carter wasted no time. Back up top for a frog splash to win.

Those sequences are just a taste of the overall match. Carter and Johnson did a ton more cool action. They put on a show that is worth watching.

Kingston completed the trifecta of aggression from his family. He beat up Pillman in the early-going. Pillman fired up a babyface comeback with a barrage of chops and punches, a thrust kick, a dropkick through the ropes down to the floor, and a springboard clothesline. Kingston took charge again with a jawbreaker and a head and arm suplex.

Pillman was able to get his foot on the ropes to stay alive. Pillman had more fuel left in his tank to hit a huge slamming driver. Kingston kicked out on the cover then closed out the win with a sturdy knee to the gut and a spinning backfist.

Ben Carter is a stud. If he is not officially All Elite after that performance, then AEW is risking dropping the ball to let him get away. I’m already salivating at potential matches against Darby Allin, Jungle Boy, Sammy Guevara, and the sort. Carter could slide right into the Death Triangle when PAC returns, assuming Fenix and Pentagon are permanently out of that faction.

Lee Johnson deserves credit too. If not for so many previous losses, I would be singing his praises. He’ll need to put on more matches like that before I can take him as a serious threat.

The finish to Ricky Starks versus Christopher Daniels was executed very well. The flow felt natural and realistic. The counters and strategic anticipation also made that match delightful.

Hobbs continues to be charismatic with his power. He always leaves me wanting more. I’m crossing my fingers for a hefty showdown against Luther next week on Dark. In the words of Batista, give me what I want. Please.

The aggression and intensity of the Kingston family was right up my alley. They made each match feel like a fight instead of an athletic competition.

Puf was the most memorable of the newcomers on the enhancement side. A man that large shouldn’t be able to do Angelico’s dance. His swagger sort of reminded me of Akeem “The African Dream.” Puf is a little too fluffy for me to take him seriously as an offensive threat, but I think he could find his groove on Dark as a lovable loser.

Share your thoughts on Dark. Who stood out most for episode 53?