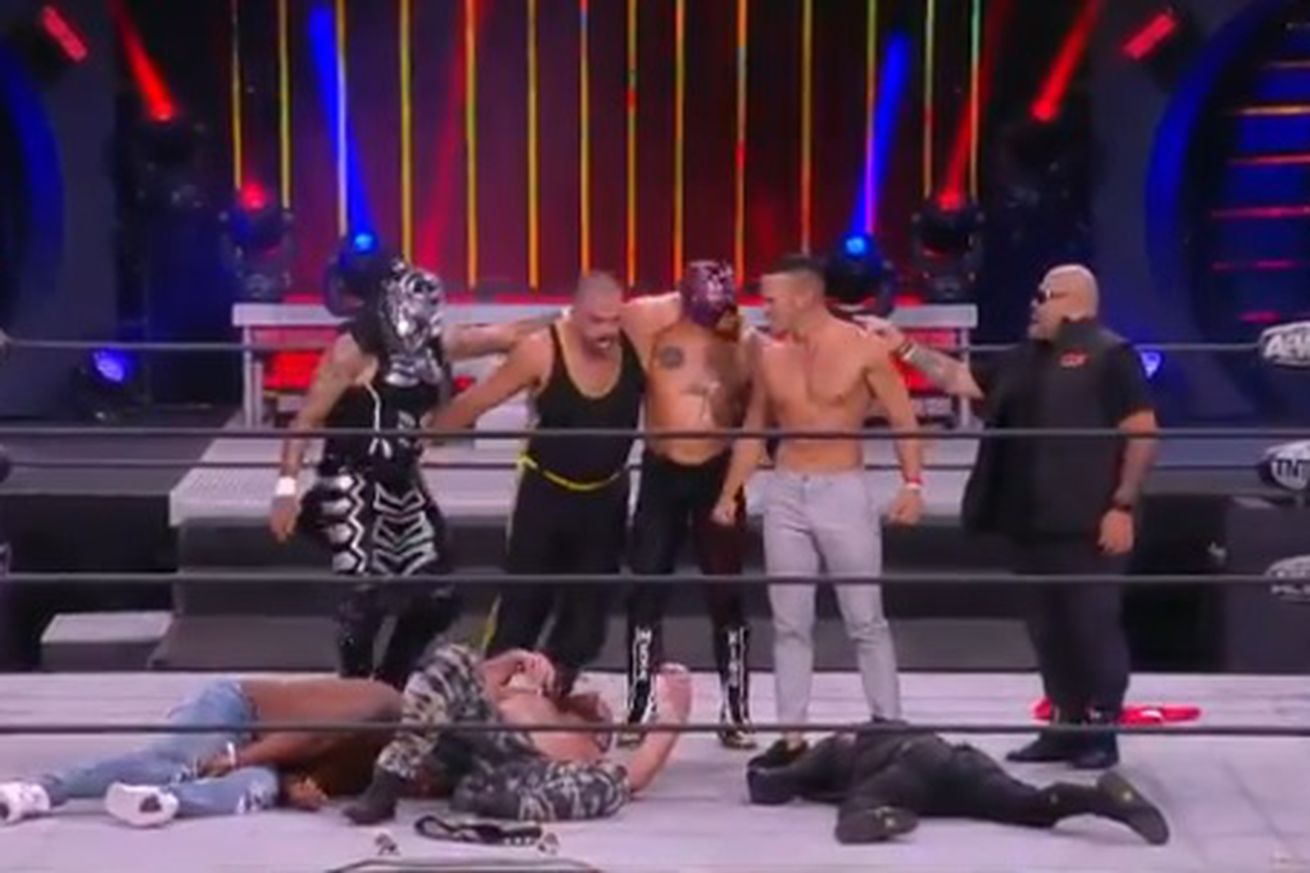 Jon Moxley was originally supposed to compete in a six man tag team match on tonight’s (Sept. 23) episode of Dynamite, but plans changed after Lance Archer was removed from the card due to COVID-19.

Moxley was instead booked in a world championship defense against Eddie Kingston, who was never eliminated from the Casino Battle Royal at All Out 2020. As expected, Moxley retained the title after putting Kingston to sleep, much like he did with Brodie Lee at Double or Nothing 2020.

After the match was over, Kingston’s allies Pentagon and Rey Fenix ran down to the ring and put the boots to Moxley. This prompted run-ins from others like Darby Allin, Will Hobbs, and Ricky Starks. The show went off the air with the babyfaces laid out at the feet of the heels.

THESE FEUDS ARE FAR FROM OVER #AEWDynamite pic.twitter.com/Qe5EnnOFQo

Moxley entered the night with a long list of enemies that included the likes of MJF, Lance Archer, Brian Cage, Ricky Starks, Brodie Lee’s Dark Order, and Chris Jericho’s Inner Circle. Well now you can easily add Eddie Kingston’s family to the list. The champ is definitely not lacking future opponents, that’s for sure. It feels like damn near every heel on the roster has him in their sights.

What did you think of this post-match angle?