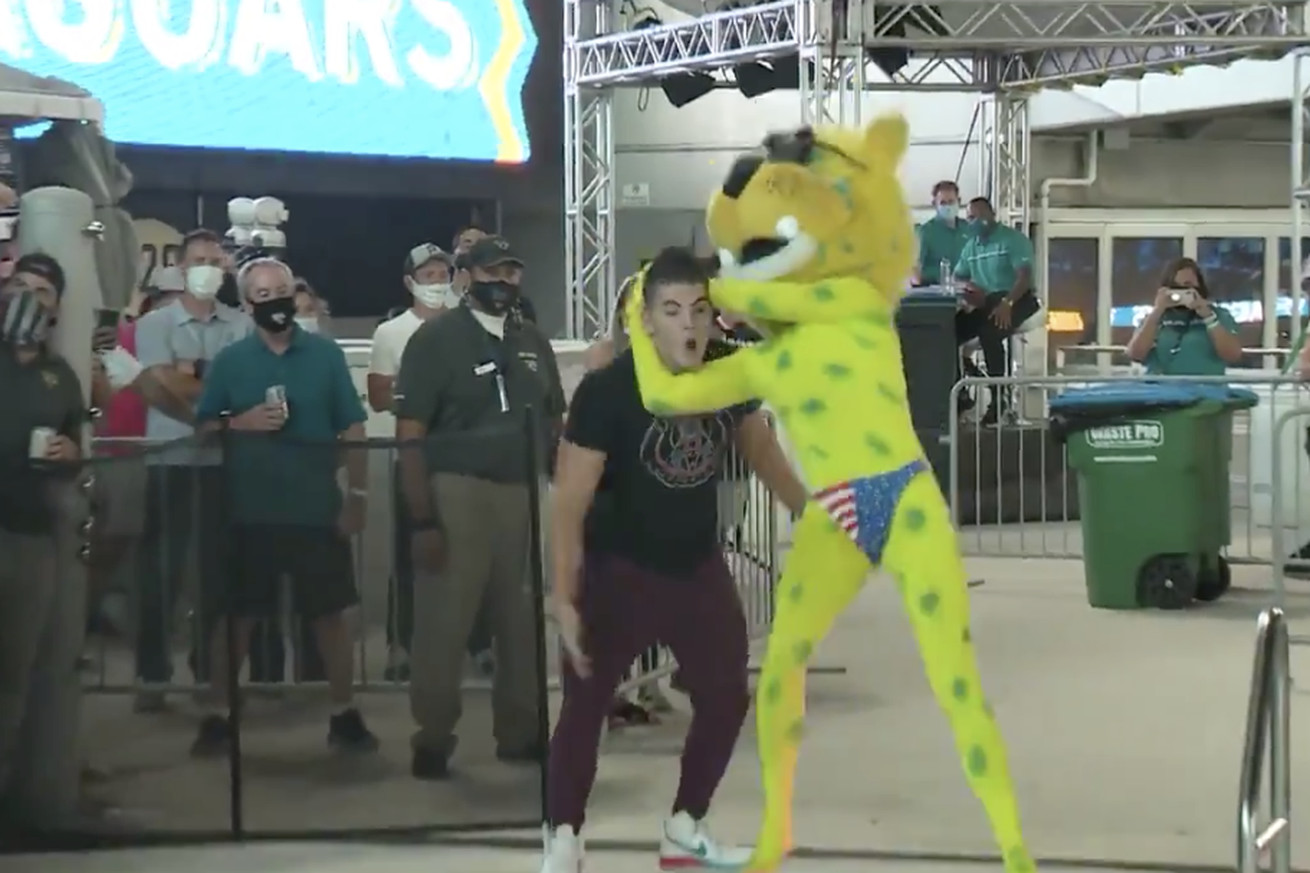 Or since it’s in AEW, I guess it’s technically a Diamond Cutter. But it was OUT OF NOWHERE!

Back at Double or Nothing, Chris Jericho blasted Jacksonville Jaguars’ mascot Jaxon de Ville with a Judas Effect during the Stadium Stampede main event.

The cool cat wasn’t able to get revenge on the Demo God, but he stuck back at Inner Circle last night during the Jags game against the Miami Dolphins. Sammy Guevara was there for some Khan family synergy (they showed highlights of Stadium Stampede – including Jericho dropping Jaxson – on the big screen during halftime), and got dropped in a pool by a person in a cartoon jaguar costume… and a patriotic Speedo.

Last night during halftime of the @Jaguars vs @MiamiDolphins, @JaxsonDeVille got a measure of revenge against the #InnerCircle‘s @sammyguevara #DUUUVAL pic.twitter.com/1knHG6B6q9

It’s been four months since that Judas Effect, but Jaxson knows revenge is a dish best served cold. If he’d could have snuck his way into Tony’s luxury box, he might have been able to get Le Champeon himself, though…

Overall, this has not been a good month for Inner Circle. Jericho got dropped in a tub of orange juice & bubbly, Santana & Ortiz lost because of a minivan-driving mom, now this.

We’ll see if they can turn it around in October. Surely nothing will go wrong at Chris’ Anniversary celebration, right?!?!