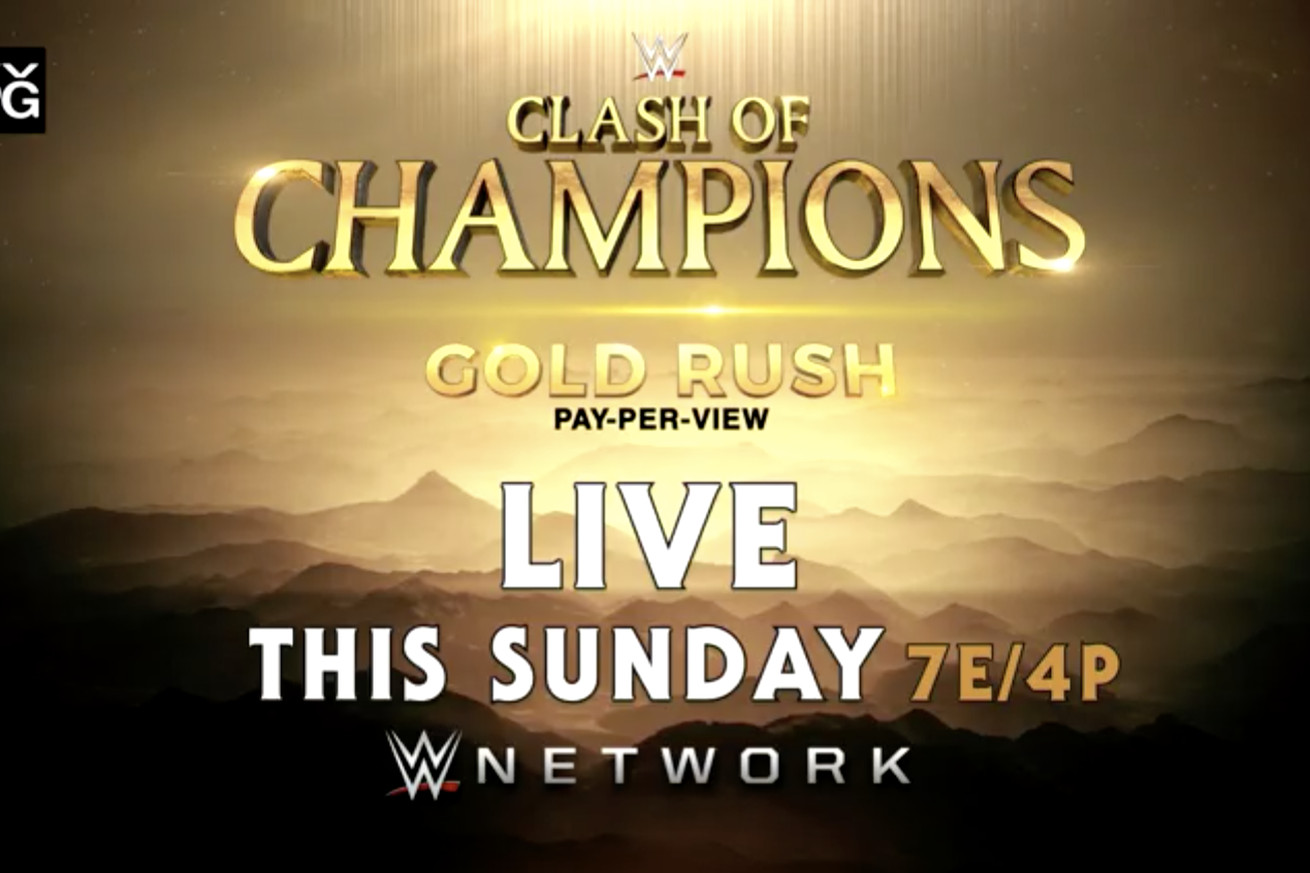 It’s a Gold Rush on pay-per-view (PPV), as all WWE’s main roster titles will be on the line at Clash of Champions!

WWE sets up shop in their Orlando Thunderdome (aka the Amway Center) on Sun., Sept. 27 with matches like Roman Reigns vs. Jey Uso for SmackDown’s top belt and Randy Orton challenging WWE champion Drew McIntyre in an Ambulance Match.

In this stream, you’ll find everything you need to get ready for those and all the title tilts coming our way at Clash of Champions 2020!

A free pre-show streams on all WWE’s online channels (and right here at cSs) at 6 p.m. Eastern. The PPV event begin at 7 p.m. Eastern and is available on WWE Network.