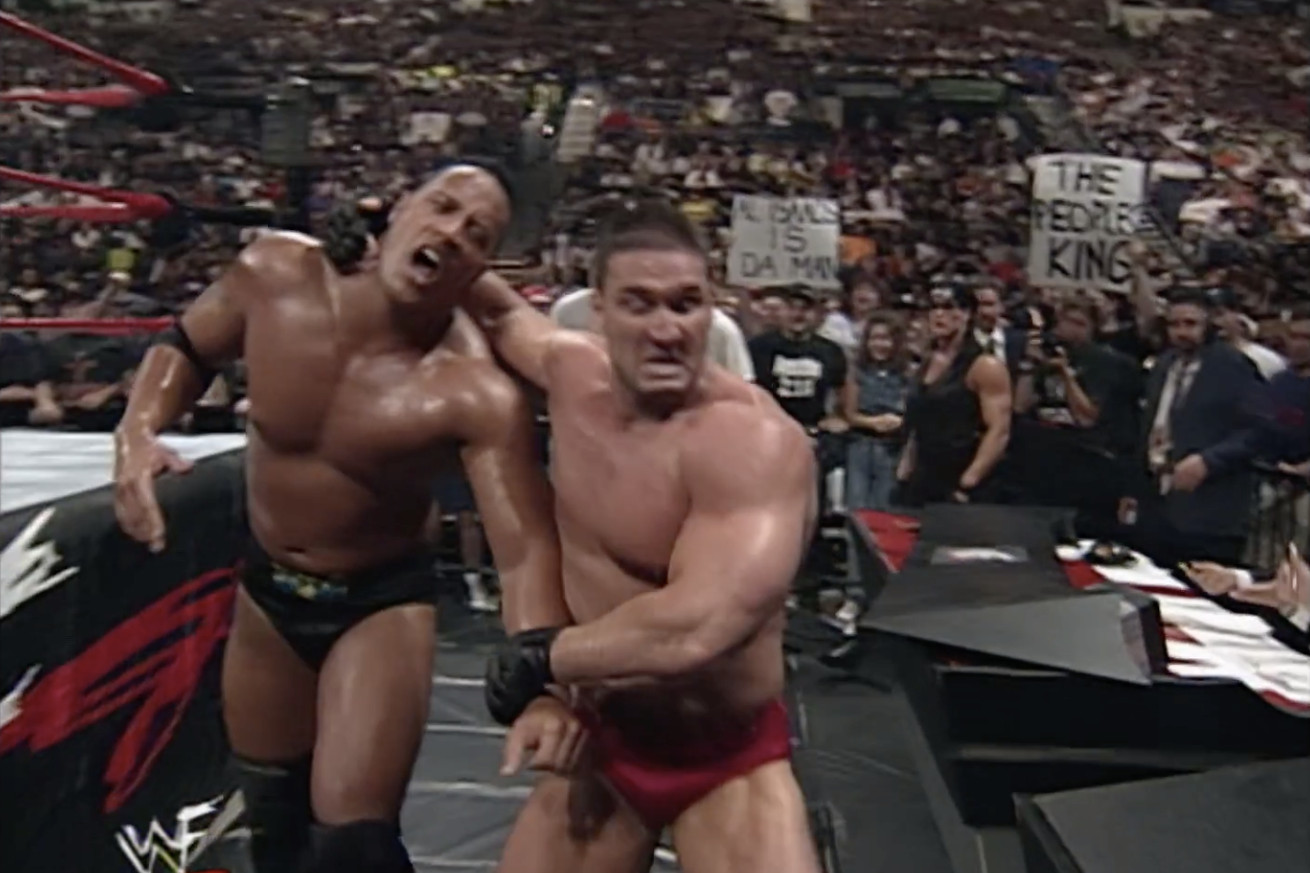 Look, even a pre-taped video from one of the biggest stars in the world is a big get for Impact Wrestling.

Ken Shamrock was announced for the Impact Hall of Fame back in March. With inductions coming up around next month’s Bound For Glory PPV, he reached out to his old WWF nemesis Dwayne “The Rock” Johnson to help with that. The Great One quickly and graciously signed on:

Congrats, my brother. Awesome news. I will take care of this and get it to you by this weekend.

In addition to supporting an old colleague, this is just the latest example of Johnson shining some of his light on non-WWE parts of the business that launched him to fame. He’s talked about watching AEW, and regularly interacts with performers from all over on social media.

Rocky isn’t under contract to WWE, so there should be nothing stopping this from happening. The ‘E already gave Impact permission to use footage from Shamrock’s Attitude ERA run with the company back when he was announced for their Hall, so they may not have an issue even if they could stop it.

For Impact’s part, their last inductions took place the day before Bound For Glory in 2018. Something tells me if there are no snags in getting The Rock’s video, this one will make a broadcast or two.

What do you think (unlike Dwayne’s wrestling character, your thoughts matter to us)?