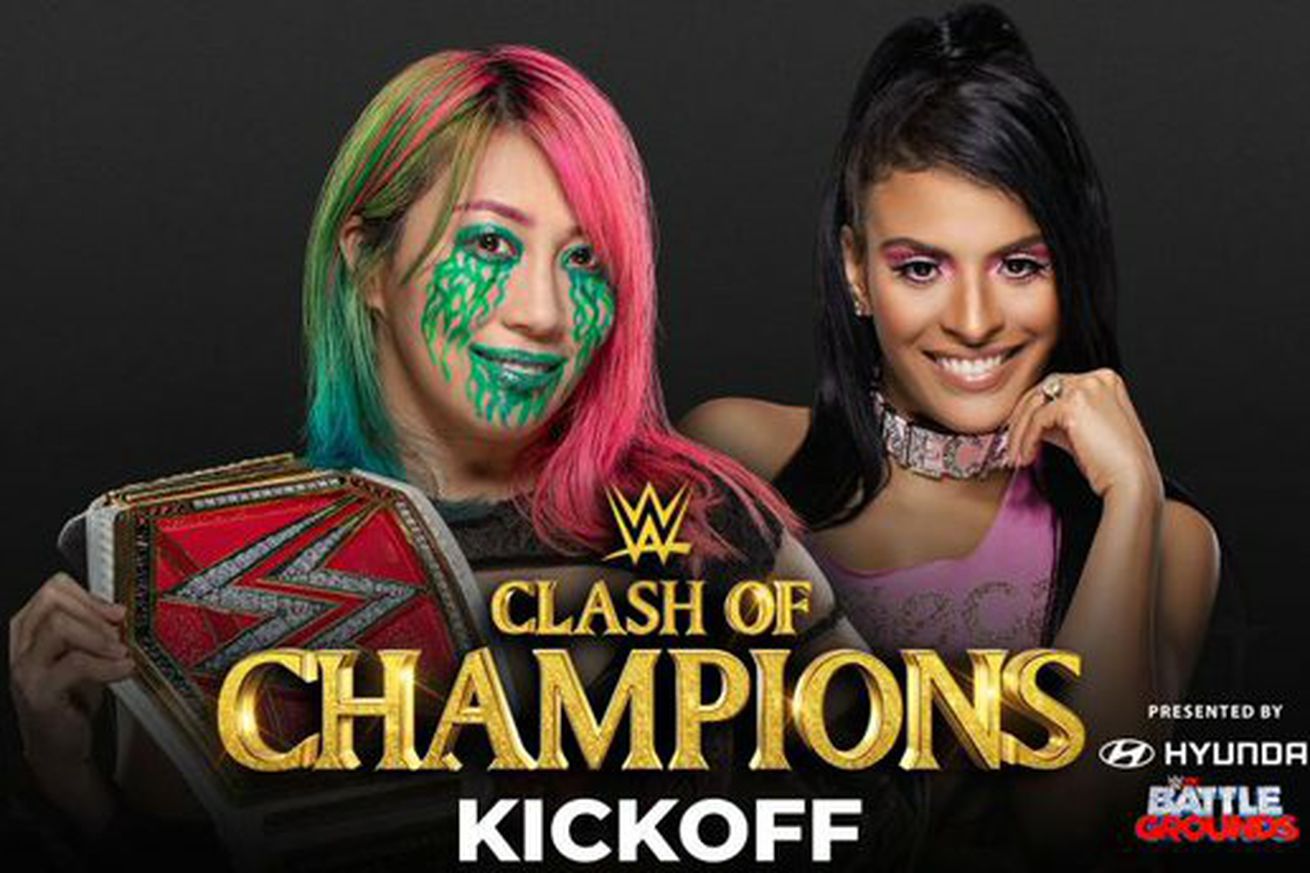 Didn’t see this one coming, did you?

Less than two weeks ago, Zelina Vega walked out on Andrade & Garza and straight into the ring to confront the Raw Women’s Champion, Asuka. With a quality promo and a slap to the champion, a new “feud” was born.

Of course, Asuka was already kind of in a feud with Mickie James, but never fear WWE creative did Mickie dirty (again) and had her lose clean to Zelina Vega the following week, earning Zelina the moniker of #1 contender.

Zelina wasted no time reasserting herself with the champion when she interrupted Asuka’s match. Just as Asuka was about to put Peyton Royce in the AsukaLock (Peyton owes Zelina a fruit basket), Zelina began to unceremoniously beat the champion, complete with another slap to the face.

Asuka swatted her away with grievous annoyance, but Zelina isn’t worried. In her own words, she’s “overconfident.”

Honestly? Not much. There is no way that Zelina Vega is taking the championship off of Asuka on the pre-show. It’s just not a reality in which we live. It’s the danger of having a PPV where the gimmick is “all the titles will be defended” – not all titles are going to have compelling storylines or realistic match-ups. Some titles matches will be set a mere two weeks before the show….I really hate Clash of Champions.

Asuka will win, and Zelina will spin the loss in her favor. Perhaps she’ll reunite with Andrade & Garza, or maybe she’ll set her sights on some lower prey before returning to face Asuka. This match should be entertaining enough – both competitors are A+ performers – but the ending is already written in stone.

Find out if they’ve got any surprises in store for us Sunday night in the ThunderDome, on WWE Network, and right here at Cageside Seats.