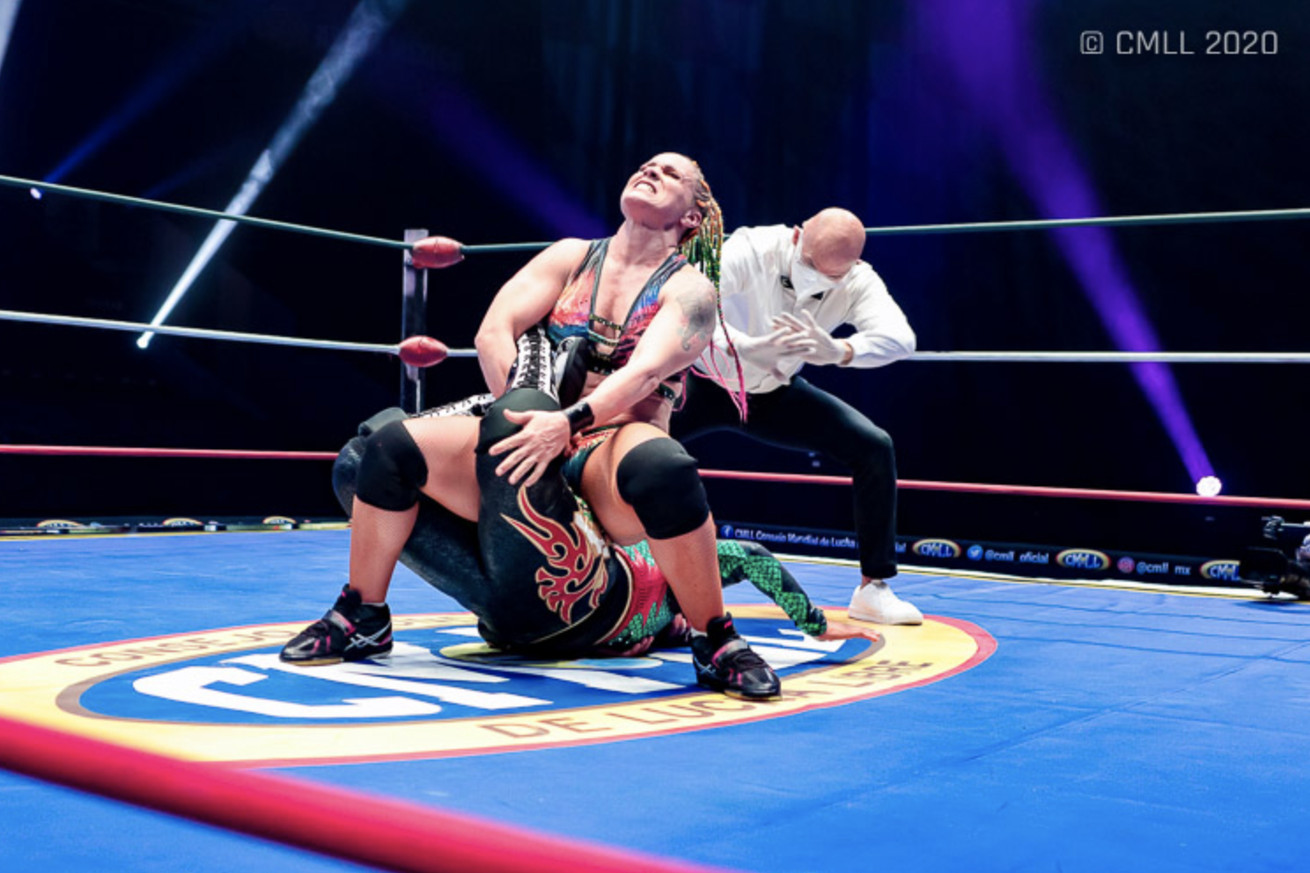 CMLL’s biggest event of the year took place last night (Sep. 25, 2020). The 87th Anniversary was a night of champions with seven title fights. Challengers were voted on by the fans. After all was said and done, we saw one title change and one controversial finish.

All of the matches were one fall, instead of the more common best-of-3 for CMLL matches. Earlier in the week, positive COVID tests altered four of the seven bouts. CMLL was taking no chances at the event by making sure the titles were free of germs.

The two women’s matches made the most news on the evening. First up is the one new champion. Reyna Isis was a replacement for Lluvia after she was taken off the card due to COVID-19. Isis made the most of her opportunity by defeating Metalica via Death Valley bomb to win the CMLL National Women’s Championship. Metalica’s reign ended at 636 days.

In the other women’s contest, Dalys initially defeated Marcela via Sharpshooter, however, Dalys kept the hold applied after the bell resulting in her disqualification. Dalys broke clause F of article 256 in the lucha libre rule book by continuing to fight after the fall was determined.

That ruling means that Marcela retained the CMLL World Women’s Championship and resumes her reign at 677 days and counting.

The main event saw the dream team of Caristico and Mistico take out the plucky underdogs of Rey Cometa and Espiritu Negro via double whirling armbars to retain the CMLL World Tag Team Championship. The fan favorites keep their run strong at 330 days and counting.

Volador Jr. was too tough for Templario. Volador connected on a poison rana to retain the NWA World Historic Welterweight Championship. Volador’s reign stands at 784 days and counting.

Sanson, Cuatrero, & Forastero proved better than Virus, Raziel, & Cancerbero to retain the CMLL National Trios Championship. La Nueva Generacion Dinamita have had those belts for 1,159 days and counting. This highlight package had the coolest moves.

The match with the best reviews came from Titan and Soberano. Their battle eclipsed 25 minutes and saw Titan retain the CMLL World Welterweight Championship in the end via octopus figure-four submission rolling into a pin. Titan’s reign carries on at 293 days and counting.

Do you think one title change out of seven matches is a good number? Was the disqualification of Dalys justified? Which highlight package was your favorite?